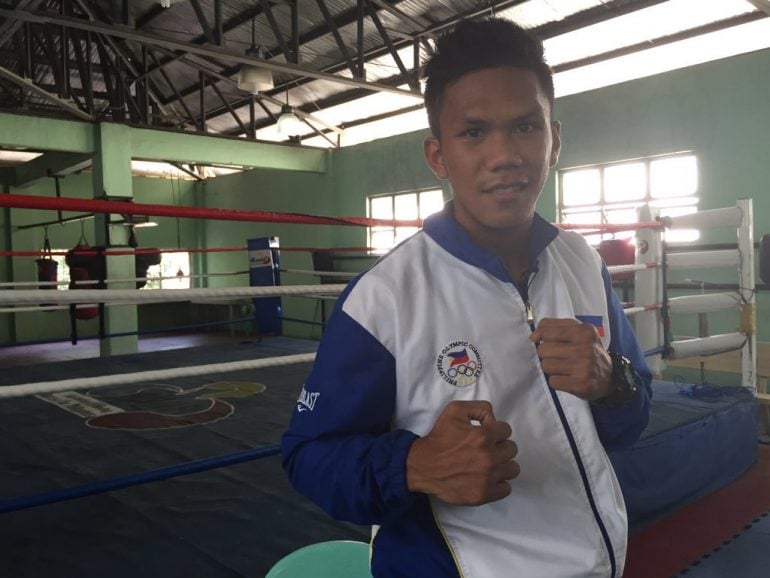 The sweepstakes for the most sought after amateur prospect in recent Philippine boxing history has been won by MP Promotions.

Eumir Marcial, the 24-year-0ld amateur standout, has signed a deal with the Manny Pacquiao-led company, Marcial announced Thursday on his social media channels. Marcial tells The Ring that MP Promotions’ president Sean Gibbons informed him that his pro debut could take place as early as October.

The hard-punching prospect from Zamboanga City had qualified for the 2020 Olympics, and says that one of the conditions of signing a six year deal with MP Promotions is that he will be allowed to represent the country at the Olympics and the Southeast Asian Games.

There’s little mystery as to why Marcial has been highly scouted in recent years. He’s a Filipino middleweight, in a country where it’s rare for quality boxers to be above flyweight, and has demonstrated serious southpaw punching power in international competition.

“It’s also my honor to be a guide to my boxing career Senator Manny Pacquiao,” said Marcial, who noted the company’s success with guiding John Riel Casimero, Jerwin Ancajas and Pedro Taduran to world titles.

Marcial was one of two Filipino boxers, including female flyweight Irish Magno, who qualified for the Tokyo Games before the COVID-19 pandemic caused the Games to be postponed to 2021.

It had been rare for top amateurs from the Philippines to turn pro, like Harry Tanamor and Mansueto “Onyok” Velasco, because it had been more lucrative to collect a paycheck by remaining on the national team. Marcial’s desire to have a pro career after the amateurs was evident as early as three years ago, when he told this reporter that his dream fight would be a clash with Gennadiy Golovkin.

“As I promised, I will give everything I can to get the Olympic gold medal we desire and to be a boxing world champion for years from now,” added Marcial.

Ricky Vargas, President of Association of Boxing Alliances in the Philippines, which oversees Olympic style boxing in the country, said that Marcial is in good hands with Pacquiao, and reiterated the organization’s support for Marcial as he seeks the country’s first ever Olympic gold.

“Told him he is always welcome to our training camp and if he needs any help his ABAP family and coaches will be there for him always,” said Vargas.

A request for comment from Gibbons was not immediately responded to.