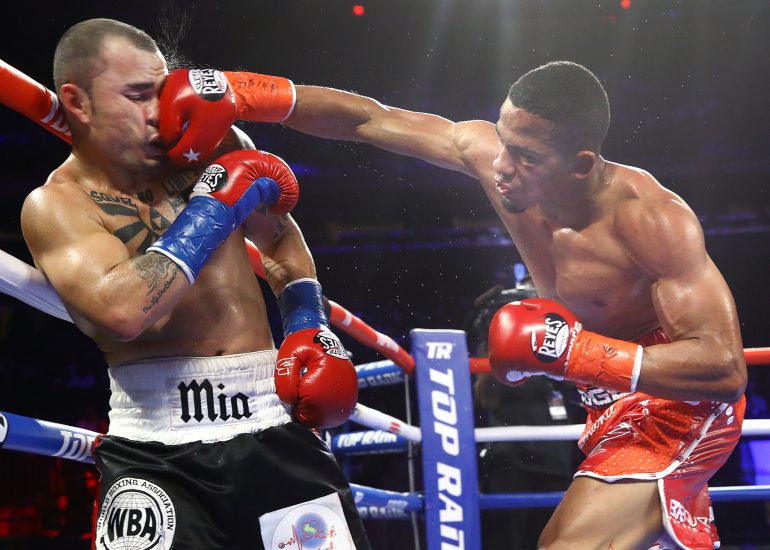 Lightweight Felix Verdejo was on the verge of becoming a bonafide contender until a few lackluster performances, a motorcycle accident and the first loss of his professional career shattered that invincibility.

Verdejo believes a new trainer and a new outlook on life and his career can get him back on track to achieving the goal of fighting for a world title.

The 29-year-old, who resides in San Juan, Puerto Rico, has rebounded from suffering the only loss of his career in March 2018 at the hands of Antonio Lozada, winning his last three fights. In his last bout to January 18, Verdejo defeated Manuel Rey Rojas by unanimous decision.

Verdejo will square off against Madera, whose most-notable victory occurred on February 1 of last year, defeating prospect Thomas Mattice by unanimous decision. Madera (15-0-3, 8 KOs) has compiled an unbeaten record by fighting modest opposition, but Verdejo is not overlooking his opponent.

“I know that he is going to be a tough challenge and he is strong,” Verdejo told The Ring over the phone Tuesday morning. “I know he is going to fight his fight. I just have to be aware of what he will attempt to do. We prepared for this fight and I believe we will be victorious on the 16th.”

The Madera bout will mark Verdejo’s second fight with trainer Ismael Salas after spending most of his career with trainer Ricky Marquez. The move came as a surprise as Marquez also served as Verdejo’s manager and were friends outside of boxing.

Verdejo flew to Las Vegas, where Salas is based out of, to work with the renowned trainer. After several months working with Salas, Verdejo has noticed a significant improvement in his skill-set.

“Salas has really helped me with the technical aspect,” said Verdejo, who has been promoted by Top Rank since his pro debut in December 2012. “I have the athleticism and skills, but Salas has helped me out a lot. I have learned and the improvement is there with what I have done in recent fights.”

Verdejo was on the cusp of superstardom but a serious motorcycle accident in Puerto Rico in August 2016, where Verdejo suffered head trauma along with lacerations to his face and left arm. He returned to the ring almost six months later, defeating Oliver Flores in a fight where Verdejo looked exhausted during the last two rounds of the fight. Verdejo would not fight again for over a year, which was the Lozada fight.

Verdejo believes some changes to his personal life were needed after a close call with death and performances in the ring altered what was a promising career.

“I’m more mature now and I’m taking things a lot seriously. I’m really down to earth and I just want to continue to work hard in the gym. The accident opened up my eyes on life. I have a daughter by the name of Miranda and she and my family are my purpose in life. My family motivates me. I just want to give it my best for them.”

An impressive victory over Madera could lead to more lucrative opportunities for Verdejo. Along with having Top Rank and Salas in his corner along with a rededicating himself to his career, Verdejo is confident he can contend for a world title soon.

“I believe I’m a win or two away from fighting for a title. I know there’s more to improve on, but I’m a better fighter now than a couple of years ago. I work hard to improve and get better.”

“I want to be one of the best in boxing. That’s what motivates me every day.”