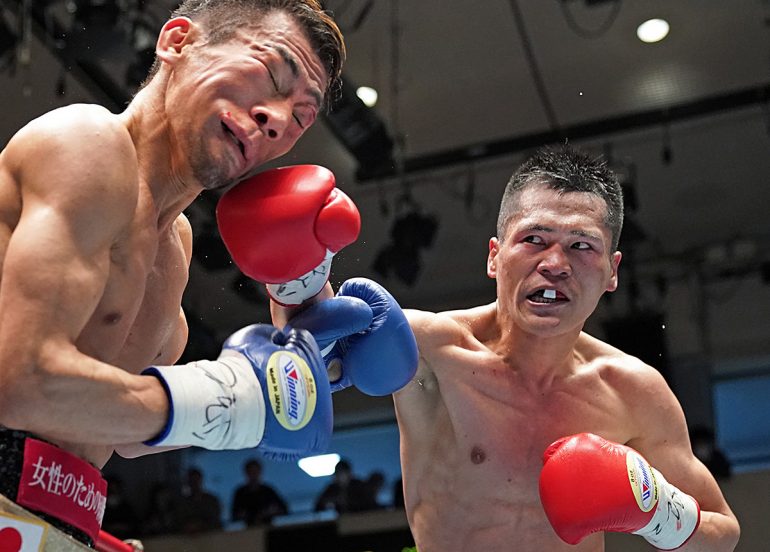 There comes a time in a fighter’s career when, to paraphrase Jakob Dylan, you turn the engine, but the engine no longer turns.

That time is approaching for Mark John Yap.

At age 31, Yap has fought as a professional 45 times, many of them punishing fights that pushed him to his limit. But after losing three or his last four, Yap wonders how many more he has left in him.

To Yap’s admission, he hasn’t had the best preparation for his fight this Thursday against Miguel Marriaga (29-3, 25 knockouts), which headlines an ESPN card at the MGM Grand in Las Vegas. The Filipino globetrotter says that, by the time he received the fight offer on July 3, he had only trained sparingly at his home due to the coronavirus lockdown, and hadn’t had any sparring to prepare for the fight due to the late notice. When The Ring first spoke to Yap (30-15, 15 KOs) a week ago, he said he was about ten pounds over the limit for the ten-round scheduled featherweight bout.

He says he has seen some videos of Marriaga, 33, of Arjona, Colombia, and notes that he’s also very experienced, having been in the ring with Vasiliy Lomachenko, Oscar Valdez and Nicholas Walters. He is coming off of four straight stoppage wins since the Lomachenko fight in 2017.

The challenge has Yap speaking more candidly than you’ll often see fighters before a match.

“An offer came and it’s hard for me. But the offer is good, so I grabbed this fight,” said Yap, who had been working with older citizens as a caregiver since coming to Las Vegas from the Philippines a year ago.

“All I can say is I’ll try my best. If I can’t, I’ll surrender because the fight is late notice. I just want to avoid accidents and just want to be safe in the ring.”

The odds reflect where the two are in their careers, with Marriaga listed by vegasodds.com as a heavy favorite at -3300, while Yap is a significant underdog at +900.

Yap, who first began boxing at 8, estimates that he had about 50 amateur fights, and had traded punches numerous times with future IBF junior flyweight titleholder Milan Melindo when the two were amateur teammates in Cagayan de Oro City in the Philippines.

He turned pro in January 2007, and followed Melindo to the ALA Boxing Gym in Cebu City. He won his first eight bouts, but things went off the rails in his ninth and 10th bouts, losing decisions to the tough Carlo Magali. From there, his career continued on a rollercoaster ride, going on winning streaks that were broken up by scattered losses.

Despite the accumulation of defeats, there was a time when Yap had been on the verge of a world title opportunity. His luck began to change by 2015, after he’d accepted an offer to join the Muto Boxing Gym in Osaka, Japan. He began a 10-fight win streak, highlighted by winning the OPBF bantamweight title, which earned him a world ranking from the WBC at 118 pounds. Among those wins was a thrilling comeback against Kentaro Masuda, who had dropped Yap three times before Yap turned the tables to knock him out in the fourth in 2017.

Yap finally earned a title elimination bout, but lost to Takuma Inoue in September 2018. Shortly after, he returned home to the Philippines, fighting once before relocating to the United States.

By Wednesday morning, Yap says he was still two pounds over the weight limit with a few hours to go before he steps on the scales. His tune has changed somewhat, declaring himself ready for the fight.

As proud a warrior as Yap has been, he could only be frank when addressing his friends in a public post the day before.

“All I can say is that I can only handle it as long as I can,” Yap wrote.