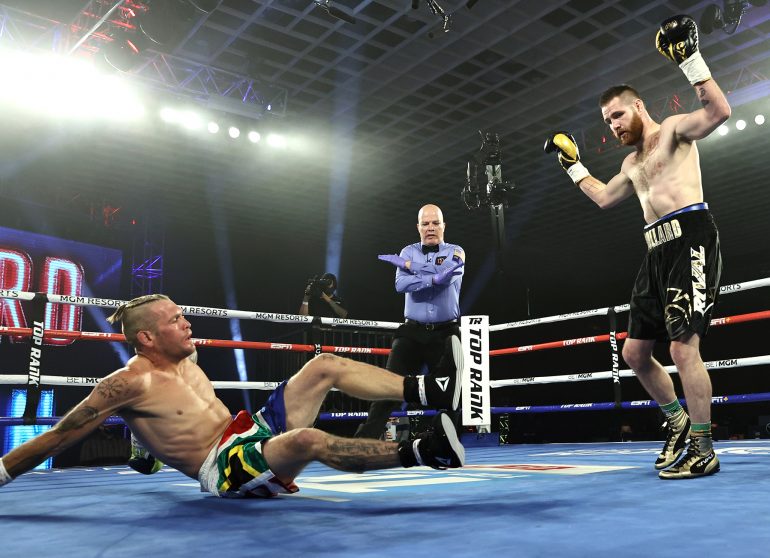 Midway through the opening round, Collard scored a knockdown by landing a straight right hand to Nelson’s head. Nelson beat the count but began to take significant punishment as Collard repeatedly land left-right combinations to the head.

About a minute into round 2, Collard dropped Nelson with another right hand to the head. Nelson beat the count, but found himself again on the canvas from a barrage of punches from Collard. Nelson tried to fight back on shaky legs, but Collard continued to batter him, forcing referee Celestino Ruiz to stop the fight at 1:57.

“I showed my boxing skills in there tonight,” said Collard after the fight. “I’m unorthodox, but I get the job done.”

Nelson, who is originally from Pietermaritzburg, South Africa and now resides in Arvada, Colorado, drops to 5-4, 4 KOs.

Cervera dropped Burns with a left hook to the head in the opening moments of the first round. Despite the knockdown, Burns (9-9-2, 4 KOs) was game during the middle rounds and was at his best initiating exchanges in round 4, but Cervera was the more-effective fighter during the last two round of the fight.