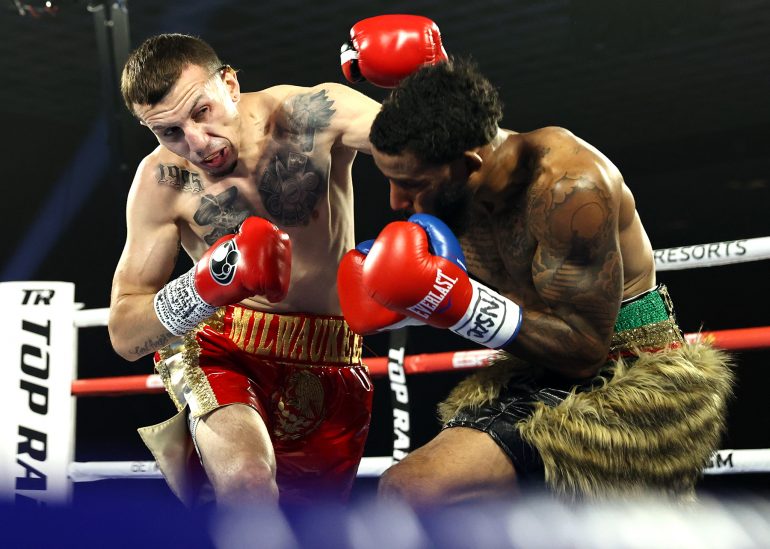 All three judges scored the bout 40-36 in favor of Martinez.

The southpaw Martinez, who signed a lucrative multi-fight deal with Top Rank last month, was USA Boxing’s top-rated fighter at 165 pounds. After winning the 2020 U.S. Olympic Trials, USA Boxing surprisingly selected Martinez to be an alternate on the team. Instead, Martinez decided to turn pro. 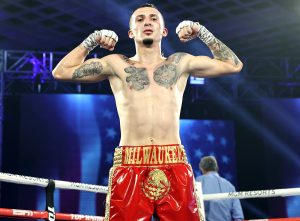 The 24-year-old did not have trainer Javier Capetillo in his corner for his pro debut Tuesday night. Capetillo recently tested positive for COVID-19.

The southpaw Martinez, who was born in Mexico and now resides in Milwaukee, Wisconsin, landed the more-telling punches throughout much of the fight, although Burrs was game. Burrs attempted to time Martinez with straight right hands to the head, finding some success.

Martinez seemed to momentarily wobble Burrs with a counter right hook to the head of Burrs right as the bell sounded to the end round 3, but was not able to capitalize. Burrs continued to stay in the pocket to trade with Martinez in round 4.

Burrs, from Frederick, Maryland, drops to 2-2.