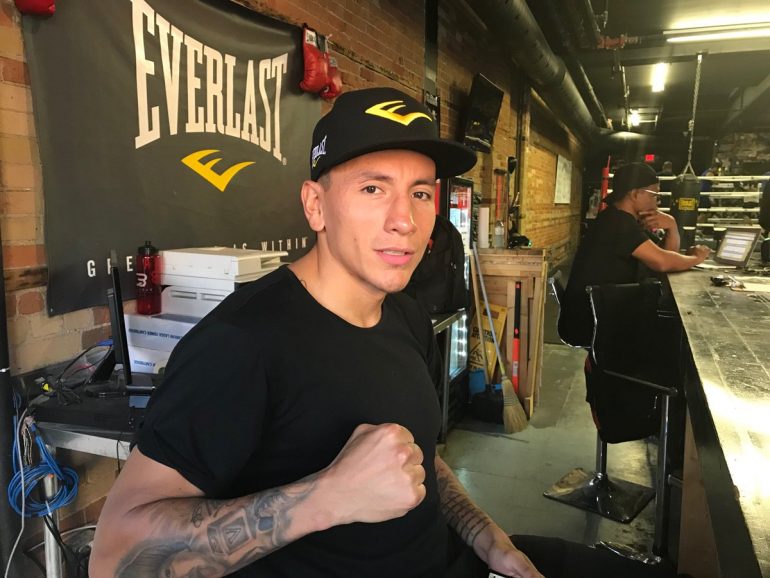 Samuel Vargas understands that July 24 will be no walk in the park when he faces Golden Boy Promotions’ “future of boxing.”

While the Colombian is facing perhaps the toughest opponent of his career to date, he does not believe he is being “fed to the wolves” to help procure another victory for the hot upstart.

“I am a wolf,” Vargas emphatically stated. “I don’t fear anybody. This is the sport of boxing and I look at Ortiz as just another opponent.”

The 31-year-old Vargas explained that one of Ortiz’s weaknesses is that he has never struggled in a fight.

While Vargas has faced solid opposition throughout his career, including Errol Spence Jr., Danny Garcia, Amir Khan and Luis Collazo, he suggested that Ortiz’s resume is lacking.

“I have experience and experience is going to be a factor in this fight,” Vargas continued. “That will be an advantage for me because I have been there with veterans and world champions. I know what it feels like [to be in a close fight in the later rounds] and they switch up the pace. It’s almost an unknown for Ortiz.”

However Vargas, who resides in Toronto, Ontario, is by no means expecting to walk over Ortiz.

“I know what I’m up against,” he said. “I know he’s a very tough puncher and has a good pedigree and a good ring IQ but that doesn’t mean anything. This is the sport of boxing and I feel confident that I have the skills to [beat Ortiz].

“I expect this to be my hardest fight and I expect to see the best version of Vergil that we have ever seen.”