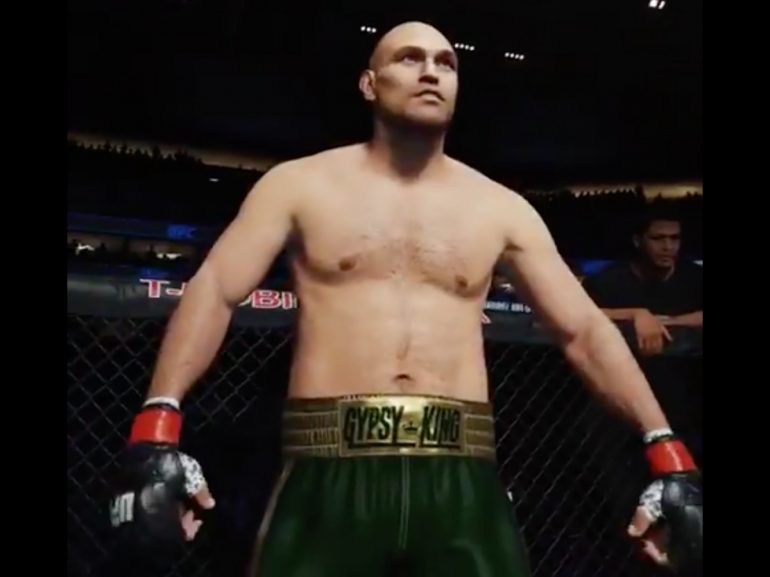 No, there still isn’t a new EA Sports boxing game. For now, boxing fans will have to settle for the two top heavyweights today appearing in the latest Ultimate Fighting Championship game.

RING heavyweight champion Tyson Fury and three-belt titleholder Anthony Joshua will appear in the new UFC 4 video game, which will be released on August 14. The two boxing champions will be included as add-ons in the pre-order bundle, though Forbes reports that the fighters can also be unlocked by completing the career mode.

Fury and Joshua revealed the news on their social media accounts Saturday, with 30-second trailers showing the British big men throwing punches in the octagon, with The Who’s “Teenage Wasteland” playing in the background.

Can’t wait to see myself in the octagon in #UFC4 ? ? ? big shout out to @easportsufc I’m pumped!#sponsoredbyEA Go watch the full trailer here ? https://t.co/IRLXWToWoz pic.twitter.com/d23xKgSTI1

The cover will feature UFC fighters Jorge Masvidal and UFC middleweight champion Israel Adesanya, and the game will be exclusive to Playstation 4 and Xbox One with a sticker price of $59.99.

This isn’t the first time that the UFC has featured a heavyweight boxing champion in their games; Mike Tyson appeared as a playable character in UFC 2.

For those counting the days, there hasn’t been a new boxing game released by EA Sports since Fight Night Champion in 2011. Since then, EA Sports has worked exclusively with the UFC for combat sports, beginning with their initial offering in 2014.

Promoter Eddie Hearn told The Ak and Barak Show in April that he had a conversation with EA Sports, but was told they were solely focused on developing UFC video games. The Matchroom Boxing managing director said he’s interested in creating his own alternative to the series.