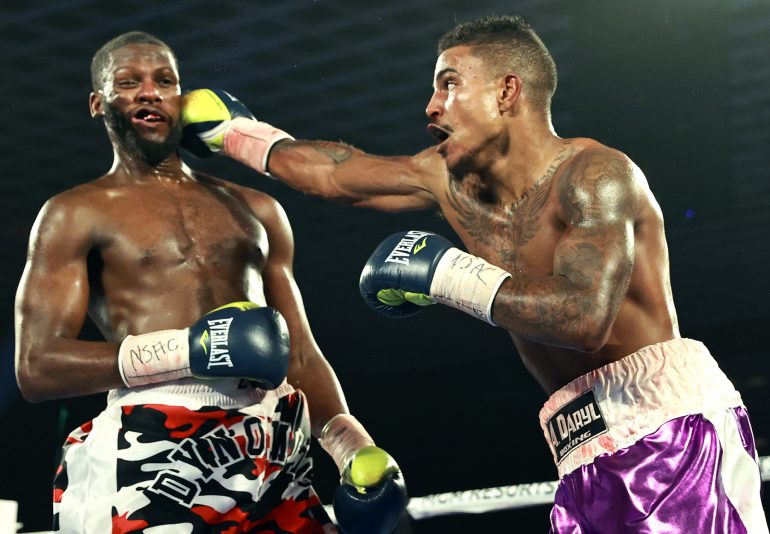 The draw streak is over for Fred Wilson Jr., but this time he suffered his first loss as a pro.

Donte Stubbs floored Wilson twice, once in the third round, and once more in the fifth round, en-route to a unanimous decision victory.

The fight was contested at the middleweight limit of 160 pounds.

Judge Patricia Morse Jarman had it 58-54, while Max DeLuca and Chris Migliore scored it 58-53, all for Stubbs, who rebounded from his first loss just nine days ago to get back in the winner’s circle.

On June 30, Stubbs dropped a majority decision to Isiah Jones on the undercard to the junior welterweight fight between Alex Saucedo and Sonny Fredrickson.

Stubbs said of the loss before the fight: “Losing sucks. I’m going to bring the fire in this fight.” 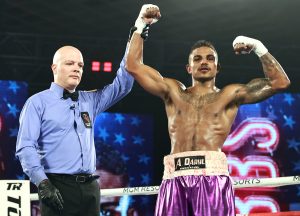 Stubbs (7-1, 2 knockouts), 26, of Riverside, California, came out firing but failed to land anything impactful. Wilson connected with a quick jab and a left hook.

With about 2:07 in the round, both fighters became tangled and fell to the canvas. When the fight resumed, Wilson went back to working behind his jab. With about :50 remaining, Stubbs went for the home run, missing with a massive overhand right.

For the first part of the second round, Wilson Jr. dictated the pace behind his jab. But with 1:10 left, Stubbs snapped his head back with a right hand and forced him to clinch. Then with :18 remaining in the frame, Stubbs connected with a left hook and followed up with a right hook to the body.

Wilson stung Stubbs with a three-punch combination in the third round his opponent started to bleed from his right nostril. But near the conclusion of the round, Stubbs connected with a stiff left jab and clocked Wilson with a big right cross, sending him crashing to the floor.

In the fourth round, Stubbs looked to look to connect with the overhand right. He smothered Wilson and repeatedly connected with rights to the body. Wilson was then deducted a point by the referee for excessive holding.

Stubbs swung wildly to start the fifth round, while Wilson worked behind his jab and for the first time in the fight, looked to land to the body. With about a minute left in the round, Stubbs was lining up the right hand and found a home for it.

Near the end of the fifth, Stubbs floored Wilson for the second time, wobbling him with a right cross, and then sending him to the canvas with a wild left hook.

Wilson looked for areas to land big shots in the sixth and final round, but Stubbs maintained a tight guard and blocked a majority of the punches. With about :53 remaining in the frame, Wilson caught Stubbs with a right uppercut. The referee called time with :44 remaining after the tape on Wilson’s glove had come undone.