Albert Batyrgaziev: A new Russian star is on the rise 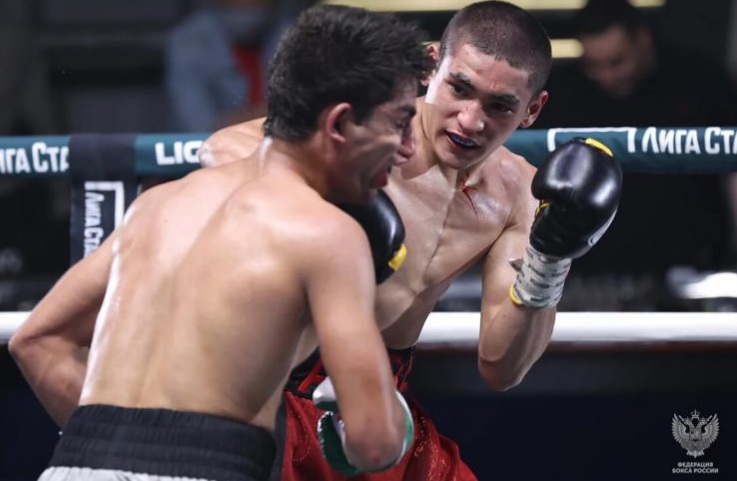 The 22-year-old junior lightweight impressed those watching online and he’s been tabbed for a big future in the professional ranks.

“I had a ton of fun boxing in the pros,” Batyrgaziev told The Ring through co-manager Max Alperovich of Premier Boxing Management. “I am now obsessed with professional boxing and I’m looking forward to my future fights.

“I was a bit nervous in the beginning, then I settled down in the middle of the fight. I wasn’t trying to knock the guy out until I smelt blood towards the end.”

While most blue-chip prospects have vast amateur careers, Batyrgaziev only turned to boxing in 2017 following a successful kickboxing career. Since making the transition the Dagestan-born fighter has won three Russian national titles and competed at the 2019 World Championships, losing to eventual silver medalist Lazaro Alvarez in the quarter-finals.

Earlier this year, Batyrgaziev, currently 36-3 as an amateur, successfully qualified for the Tokyo Olympics which will now go ahead in 2021.

“Fighters are allowed to compete in the amateur and pro ranks simultaneously,” he explained. “That is why I am pursuing both.

“My overall goal was to win the Olympic gold, but I’m really looking forward to my pro career.”

According to his trainer and co-manager Eduard Kravtsov, who signed the fighter with Patriot Boxing Promotions, Batyrgaziev’s professional career will continue apace.

“He is fighting on August 15 in another 10-rounder,” said Kravtsov. “We’re planning to raise the level of opposition a little bit. The plan is to have him fight five or six times by this time next year. He will be rated in the WBA and we’re looking to get him ranked by the other sanctioning bodies.

“If at any time we feel the need to pump the brakes we will, but as of now it is full steam ahead. The kid is really doing well and the plan is to have him fight for the world title within two years.”

Alperovich is in tune with his partner and believes his fighter has an extremely high ceiling in both codes.

“We’re very hopeful he can win a medal at the Olympics depending on how the draw goes,” said Alperovich. “I’m also confident that he could be a multi-divisional champion.

“He reminds me of Sergio Martinez, someone who took up the sport very late and achieved pretty much everything he wanted to. You can’t teach that natural killer instinct to take out the prey. Albert has everything, he’s a natural fighter and he’s so young.”