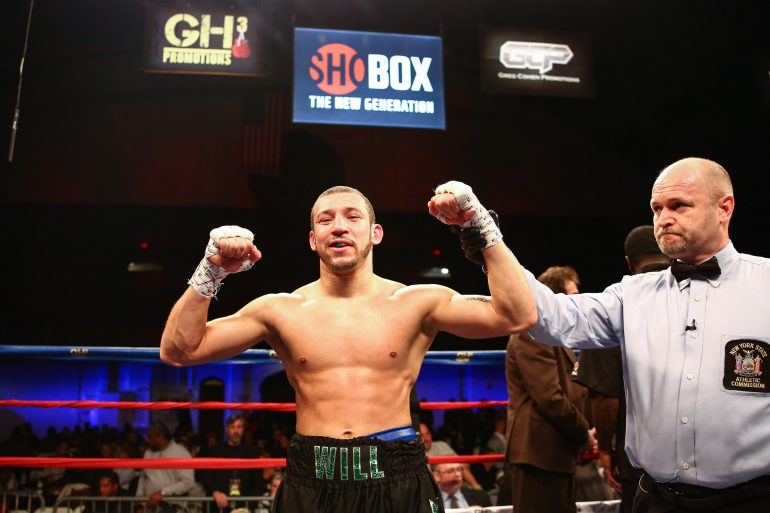 “I didn’t think anything special of him,” he recalled.

Then in June, Madera received a surprising, yet exhilarating phone call with an offer to fight the very man he was criticizing.

“I was actually really pumped that I was given the opportunity to fight him,” Madera told The Ring.

Madera will square off against Verdejo in a Top Rank on ESPN card on July 16 at the MGM Grand Conference Center in Las Vegas.

The bout is scheduled for 10 rounds and will be contested at 136 pounds.

Verdejo (26-1, 16 knockouts), 27, of Puerto Rico, a 2012 Olympian, was once touted as the next Hall of Fame talent from Puerto Rico. However, subpar training coupled with a motorcycle accident and drama slowed his development.

In March 2018, Verdejo appeared to be on his way to a split decision victory over Antonio Lozada Jr., but in an upset, the Mexican knocked out Verdejo in the final round.

“At one point, Verdejo was a good fighter and looked like he was on his way to having a stellar career,” he stated. “But after a certain point, he started to get lazy, and he has never really gotten over that. It shows in his performances.”

Madera, who is a single father of six children, four boys and two girls, and is known for his vicious combinations to the body, doesn’t believe Verdejo will be able to withstand a sustained assault downstairs.

“I’ve been watching his fights closely for a while,” he added. “He gasses. Like I said, he comes into many of his fights out of shape. I’m a great body puncher, and I think I’ll take the wind out of him and wear him down over the course of the fight.”

Madera (15-0-3, 8 knockouts), 29, of Albany, New York, admitted that one of his weaknesses is starting too slow and said that is partially to blame for the amount of draws on his resume.

“I blame myself for the first draw (against Wesley Ferrer),” he added. “I thought I won the fight, but it was my fault for not getting off to a better start.”

In spite of that, one of the focal points of this training camp has been for Madera to impose his will on his opponents from the opening bell. And Verdejo, a fighter whom he regarded as unimpressive, will be the first test.

“I expect to control the fight from the jump,” Madera said. “We’ll see what kind of shape he’s in on fight night.”