Victor Conte on Jarrell Miller: ‘He needs at least a two year suspension’ 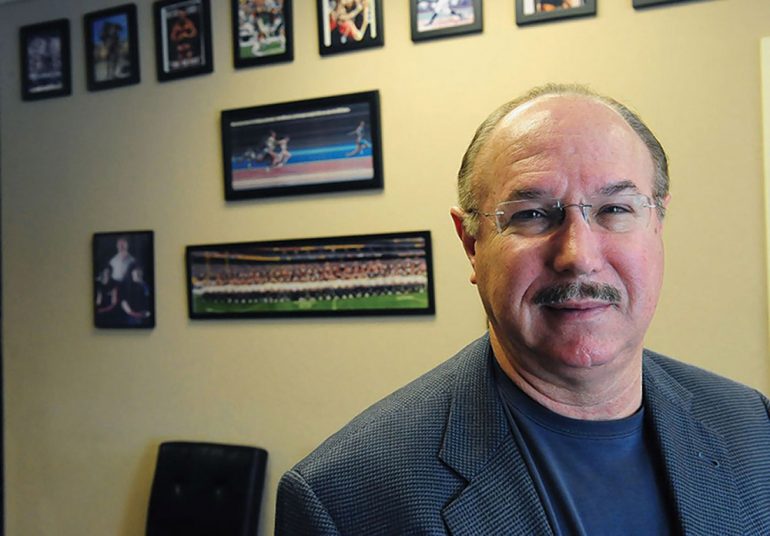 In recent weeks, Miller tested positive for the banned substance GW1516 in a test conducted by the Voluntary Anti-Doping Association and his slated 10-round fight with Jerry Forrest was canceled.

Miller and Forrest were slated to square off in a 10-round bout in the main event of a Top Rank on ESPN card on July 9 at the MGM Grand Conference Center in Las Vegas. But instead, Forrest will take on former heavyweight title challenger Carlos Takam, who has accepted the fight on short notice.

Conte, founder and CEO of SNAC System, called on Miller to be suspended.

“He has had multiple chances, and he has repeatedly made the same mistakes,” he told The Ring. “I think he needs at least a two year suspension, if not longer.”

Miller, 31, stated just months ago that the cause for his trio of failed drug tests a year ago was the result of a cocktail injection for healing purposes that contained banned substances.

Three days after his latest failed drug test, Miller seems to be making the same explanation.

“I have never, ever willingly taken a steroid for performance-enhancing purposes,” he told Fight Network. “Did I take something for healing properties, for injuries? Yes, I have. But to win a fight and during a training camp? No, I have never done that.”

“The protocols for these drugs are not the same,” he continued. “For example, human growth hormone is usually injected at night before bed on an everyday basis. On the other hand, EPO is usually injected three times per week for two weeks and then once a week thereafter.”

Miller, who has not fought since he knocked out then-undefeated Bogdan Dinu in the fourth round on November 17, 2018, in Mulvane, Kansas, believes he listed the contaminated substance on a form that is submitted to VADA as part of the testing process.

Conte explained that if Miller wanted to know if any of the supplements he was taking contained any banned substances, it wouldn’t have cost him a penny.

“VADA offers a free service to any boxer to see if any supplements they are taking have been found to cause a positive drug test,” he said. “They give you a code, and then you type in the substance you are taking, and it will tell you if it is prohibited or not.

“There is absolutely no excuse for Miller to have not done this in advance. If there are any questions, Dr. Margaret Goodman (president and chairman of VADA), will tell you and I am sure told Miller, who was a part of the enrollment process, ‘Please go have all of your substances reviewed at this website.'”

The Nevada State Athletic Commission temporarily suspended Miller’s license last week, and it seems likely that a much stiffer punishment than the six-month suspension he received a year ago will ensue.

“For Miller to not use this free service offer by VADA is just dumb,” Conte concluded.