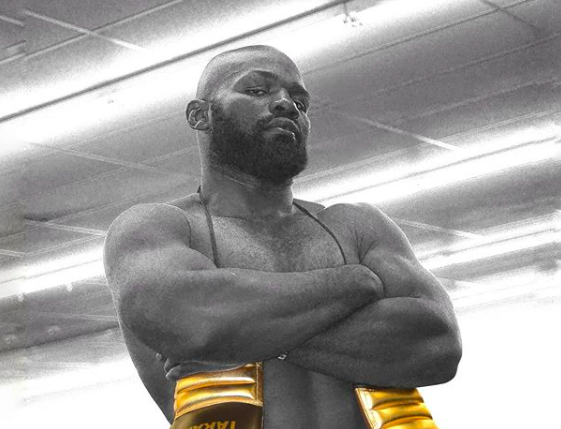 Carlos Takam, the veteran heavyweight, gloves up the night of July 9, in the main event on ESPN, topping a Top Rank card with dance partner Jerry Forrest.

My take, I am a bit more intrigued by him, and this fight, all things being equal, because Takam is 39, and hasn’t been able to get over that proverbial and accursed hump ie by winning his step up fights. But, he hooked on with veteran promoter Joe DeGuardia and Star Boxing. Will that structure benefit Takam (38-5-1) to the degree he’s able to have a late-inning career uptick? Time tells….and in the meantime, I checked in with the boxer, who clocks in at 6-1, 250 pounds or so.

How has Takam’s COVID time been?

“We were training for a fight but the opponent dropped out so we were pretty much ready to fight anyway,” he told RING, referring to a planned faceoff with Oscar Rivas (26-1; from Colombia), who got pulled for an injury.

“I’m happy to take this great opportunity to showcase my skills to the American fans,” Takam continued.

And, but of course, he has some thoughts on the circumstances that brings him into the ring against Forrest Thursday night. “I thought Jarrell Miller had learned his lesson,” said the boxer, who debuted as a pro in 2005.

NOTE: Here is an update on the possible length of the ban Miller will likely receive from the Nevada commission.

Takam comes in on a three fight win streak, against sub A grade foes. In his last outing, he snagged a decision over Fabio Maldonado. (See below.)

Takam suffered back to back losses, to Anthony Joshua and then Dereck Chisora before that, 2017 into 2018. His best wins have been against vets and ultra-vets, like Tony Thompson, Michael Grant and Frans Botha.

I think it’s possible being with DeGuardia makes Takam a better fighter. So I put it to DeGuardia, a NY native: When exactly did he sign Takam, why did he sign him…and might he be a better boxer now, than during that 2017-2018 period?

“I think you are right,” said DeGuardia, who is entered into the NY State Boxing Hall of Fame. “We signed Carlos early last summer.  He is a top-heavyweight  and a real veteran and I felt with the right moves he’d reach the top. He now has a string of victories and a ‘winners’ mindset that makes him better now than he was in 2017-2018.”

And, pray tell, how do you work to change a mindset that is 39 years in the making?

“Boxing is an extremely mental game,” the promoter said. “Having the right circumstances can help with the conditioning of the mind just as it does with the body…. and both are necessary.”

For the record, Team Takam is his coach Dwight Yarde, manager Barry Mamadou and and also Emanuel Rosi — plus DeGuardia. That fact, in the current environment, is I think even more pertinent than before. Who helps you saddle up for the ride as coronavirus makes the rounds, that isn’t a thing to be taken for granted now, so much…

Takam said that his training has been solid. “We have managed to train, as we live in the mountains, which is semi rural.” 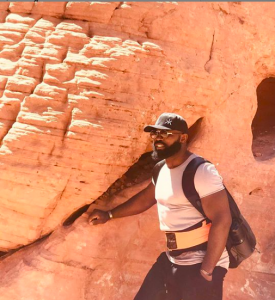 “No, it’s not, tune in you will see why,” Takam said in closing.

“Just watch the fight on ESPN, it’s gonna be a big show!”