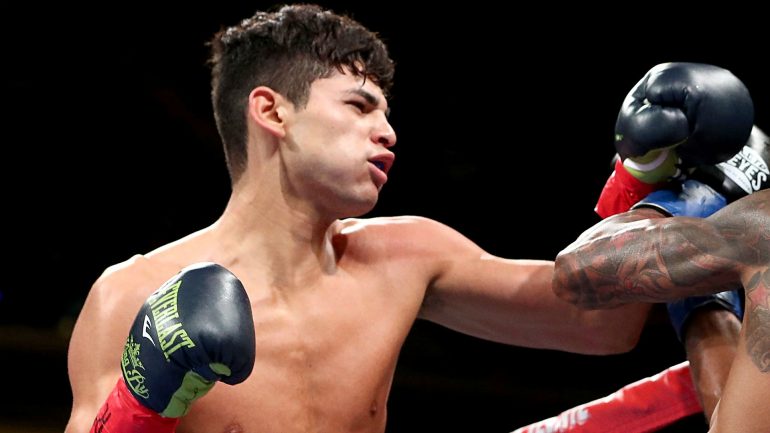 The WBO has ordered an elimination bout between contenders Ryan Garcia and Emmanuel Tagoe, it was announced Monday afternoon.

The winner will become the mandatory challenger for world titleholder and Ring Magazine champion Vasiliy Lomachenko.

According to the letter, which was dated today, representatives for both fighters have 20 days to negotiate and agree on a deal. If both sides fail to do so, a purse bid “will be ordered pursuant with the WBO Regulations of World Championship Contests.” The minimum purse bid is $150,000.

The news comes less than a week after the WBC ordered a fight between Garcia and Luke Campbell of Britain. The winner of that proposed fight would then face world titleholder Devin Haney.

Garcia (20-0, 17 knockouts) last fought on February 14, knocking out Nicaragua’s Francisco Fonseca in the opening round before a crowd of over 10,000 at the Honda Center in Anaheim, California. Garcia, who resides in Victorville, California, was scheduled to return to the ring this past weekend, but those plans went awry over a disagreement between him and Golden Boy, reportedly over the amount of his purse for the fight.

Tagoe (31-1, 15 KOs) was victorious in his last bout on July 20, stopping Vyacheslav Aryeetey in his hometown of Accra, Ghana. Tagoe has not lost since his pro debut in June 2004.

The 31-year-old, who is managed by Peter Kahn, was scheduled to fight gatekeeper Rey Vargas of the Philippines on March 12 in Miami, but the card was cancelled due to the COVID-19 pandemic.