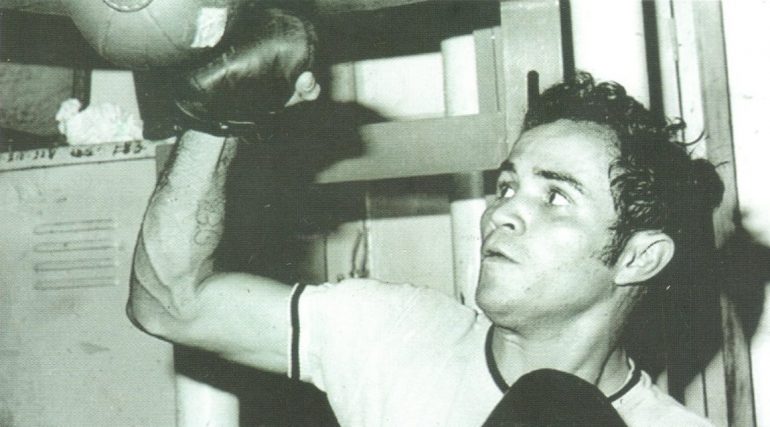 Venezuelan national hero Betulio Gonzalez was a key player in the flyweight division during the 1970s when he won three world titles.

Gonzalez was born in Maracaibo, Venezuela’s second biggest city, on October 24, 1949. He grew up in a large family.

“As a child I had a normal life,” Gonzalez told The Ring through his daughter Lisseth Gonzalez. “I was born in a very humble family but we were united. I worked as a child with my brothers, cleaning boots, to help with the expenses of the family. I studied as a normal child.”

It was during that time that he first came across the sport that would change his life.

“From the age of 12 I started to have an interest in boxing,” Gonzalez said. “After I saw a movie called Pepe El Toro, starring Pedro Infante.” 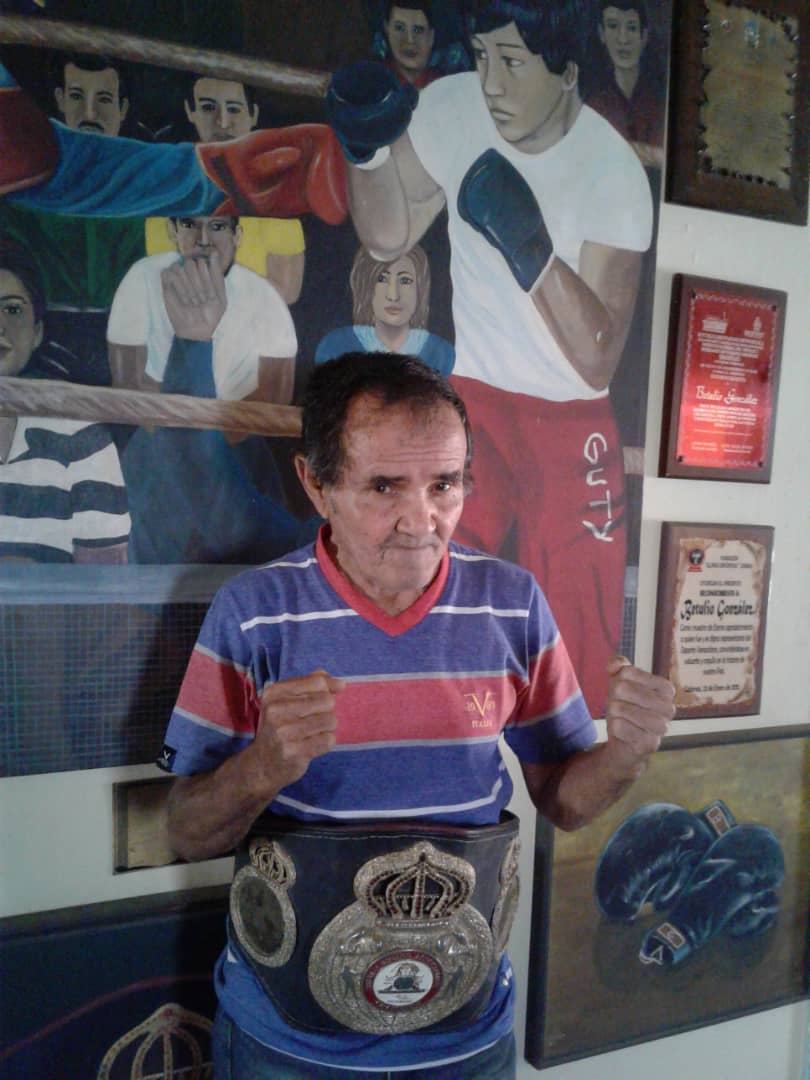 A recent photo of Gonzalez wearing his WBA title belt. Photo: The family of Betulio Gonzalez

Gonzalez went undefeated in his first 17 fights, winning the national flyweight title before losing to Felix Marquez and Ignacio Espinal in the first half of 1970. He exacted revenge, beating both men later in the year in rematches.

Those wins set him on his way. Gonzalez bested Bernabe Villacampo in a WBA title eliminator in the fall of 1970 to earn himself a shot at Masao Oba in April 1971.

It was Gonzalez’s first fight outside of his homeland and despite putting up a tough challenge, he dropped a close decision.

Later that same year Gonzalez’s team enticed WBC titleholder Erbito Salavarria to Venezuela. The bout was declared a draw, but there was major controversy in the aftermath when it was discovered that the Filipino had used amphetamines mid-fight. He was promptly stripped of his championship.

Gonzalez won two interim fights before meeting Socrates Batoto for the vacant WBC title. At the third time of asking Gonzalez won a world title, stopping the Filipino in four rounds in June 1972 in Caracas.

“I always believed that I’d be a champion,” Gonzalez said. “I felt it was just the beginning. And thanks to God, I trusted him to continue my career.”

In his first defense, Gonzalez suffered a frightful beating, surrendering his title to Thailand’s Venice Borkhorsor via 10th-round stoppage.

Borkhorsor quickly moved up to bantamweight, however, and Gonzalez was matched with new force Miguel Canto for the vacant title. After 15 rounds, the determined Venezuelan was awarded a victory by majority decision.

Canto bested Oguma to claim the WBC strap and set about an impressive title reign that ultimately saw him inducted into the International Boxing Hall of Fame. He also gained revenge over Gonzalez in their rematch, which he won by split decision.

The pair met in their rubber match in October 1976, in Caracas. At the conclusion of another close fight Canto claimed a split decision.

Unperturbed, Gonzalez set about another title run, winning 10 fights to earn a shot at WBA kingpin Guty Espadas. Incredibly, he claimed a  majority decision to become a three-time world titleholder.

After turning back the challenge of perennial contender Martin Vargas, Gonzalez traveled back to Japan and drew with Oguma. He finally put a line under their rivalry with a 12th round knockout in July 1979 before losing to Panamanian stylist Luis Ibarra later that year.

Gonzalez fought twice more for world titles, suffering a stoppage loss to Juan Herrera (TKO 7) and a decision defeat to Santos Laciar (SD 15). He fought sparingly over the rest of the decade before retiring in 1988 with a record of 76-12-4 (52 knockouts).

“[My proudest moment] was winning three world titles in the same weight class,” said Gonzalez. “To be the pride of Venezuela gave me so much satisfaction and pride.”

Gonzalez, now 70, is a widower. He lives in the San Francisco area of Maracaibo and has six children, nine grandchildren and two great grandchildren. His son teaches boxing classes and Gonzalez is happy to share his wisdom. He has had some health issues in the past, but a pacemaker, which was fitted last October, has improved his condition.

The former three-time world titleholder graciously took time to speak to The Ring about the best he fought in 10 key categories.

BEST DEFENSE
Masao Oba: Because he was very aware of the blows.

FASTEST HANDS
Canto: He had great technique. He had a lot of speed in his hands.

BEST FOOTWORK
Guty Espadas: Guty moved very well in the ring. He moved with a lot of intelligence.

SMARTEST
Espadas: Guty Espada because he had many strategies in the ring. His strategies were carefully analyzed and he applied them very easily.

STRONGEST
Espadas: From the first round to the last, it was a 15-round fight, we both stood on our feet. We both gave everything. He was very strong.

BEST PUNCHER
Shoji Oguma: Oguma because he was direct. From the first round I analyzed him and I realized that he was very agile and intelligent. He was a great puncher.

BEST CHIN
Canto: He was strong at the time and could take a blow.

BEST BOXING SKILLS
Canto: Every boxer has skill, but in the case of Miguel Canto he used his skills at the right time to hit or to dodge a blow.

BEST OVERALL
Espadas: Oba was a complete boxer, but I think Espadas because it was a strong fight from the first round to the last.