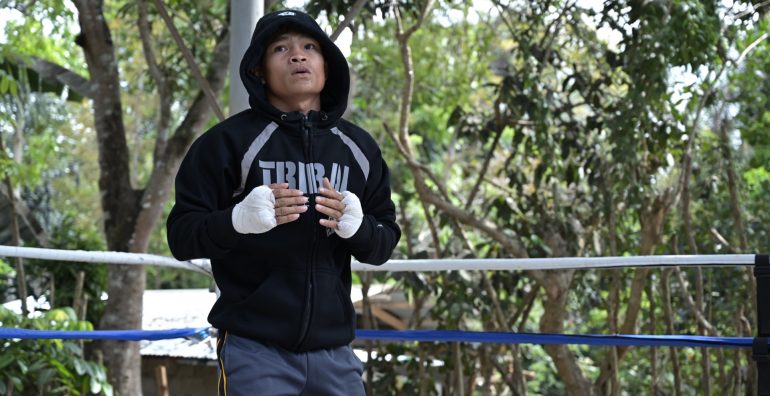 Jerwin Ancajas may be stuck in the Philippines for the time being, but that hasn’t stopped promoter Bob Arum from dreaming up potential matchups for the IBF junior bantamweight titleholder.

Arum tells The Ring that a matchup with Joshua Franco could be an interesting fight for the 28-year-old native of Panabo City.

“This kid Franco who beat Andrew Moloney, he and Ancajas would be a tremendous fight,” said Arum, the CEO of Top Rank. Franco (17-1-2, 8 knockouts) of San Antonio, Tex., is coming off an upset win over the previously unbeaten Moloney on June 23 in Las Vegas, dropping him once en route to a unanimous decision. Franco being with Golden Boy Promotions wouldn’t be a big issue, says Arum.

“Golden Boy and ourselves interchange fighters, we did this even before the coronavirus. We have a good relationship with them,” said Arum.

First, both fighters would have to get past their unfinished business elsewhere. Moloney has exercised his rematch clause with Franco for a date to be announced, while Ancajas still has to satisfy a mandatory defense against Jonathan Javier Rodriguez (21-1, 15 KOs) of San Luis Potosi, Mexico. Ancajas (32-1-2, 22 KOs) had been scheduled to meet Rodriguez twice, in November and April, before circumstances out of their control nixed the bout.

“They were scheduled to fight on November 2 last year when Rodriguez got the visa too late to enter the country,” said MP Promotions president Sean Gibbons. “Then he got the visa approved and the pandemic hit and Jerwin can’t get into the country.”

There are flights available out of the Philippines, as Ancajas’ MP Promotions stablemate Mark Magsayo was able to fly out of Manila to Los Angeles this week. But Ancajas’ situation is complicated by the closure of the U.S. Embassy in the Philippines due to the coronavirus pandemic, Gibbons says.

All U.S. Embassy visa appointments have been canceled worldwide through July 31, the Embassy announced late last month, with only emergency services available for citizens. It’s the same situation that Naoya Inoue faces in Japan, which is why the scheduled bantamweight unification showdown with John Riel Casimero has been put on ice for now, Gibbons says.

“[Ancajas] has got his visa approved for now,” Gibbons says, before adding “until [the embassy] opens to get the final stamp, there’s no leaving.”

Ancajas has spent the downtime keeping in shape at his Survival Camp compound in Imus, Cavite, Philippines, training at low intensity with trainer Joven Jimenez. Ancajas says he’s keeping his head on straight while he prepares for when he can fly over to the U.S. He watched the Franco-Moloney fight on TV, and says Franco impressed him with how well he handled the Australian contender.

“If ever we are going to fight I won’t let my guard down,” said Ancajas.