How long before Gleason’s Gym, unable to open even conditionally, shuts down? 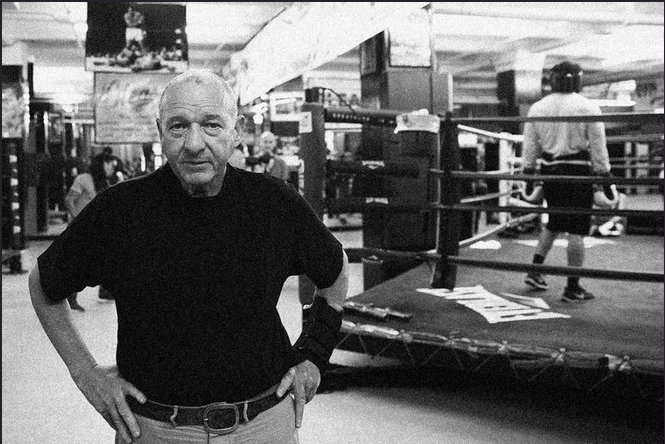 Bruce Silverglade cannot and will not do this forever. Money goes out and money doesn't come in, month after month. He deserves the respect of an ear within the office of Governor Cuomo.
02
Jul
by Michael Woods

I get it, you are sort of over it, you maybe don’t want to read any story having anything to do with coronavirus. Can’t blame you.

But indulge me, please, and keep reading, because Bruce Silverglade and the pro boxers who call Gleason’s Gym in DUMBO, Brooklyn home away from home deserve that much…

In mid March, yes, it seems like eons ago, in mid March it became clear to the powers that be that the coronavirus spread in the New York region couldn’t be dodged.

Business owners, by and large, understood that, and took one for the team, and didn’t bitch or cry to the heavens when Governor Andrew Cuomo shared the edict: Non essential businesses have to close their doors.

Silverglade didn’t bitch, I know because I talk to him a few times a week. Gotta do this for the greater good, that was his basic instinct. 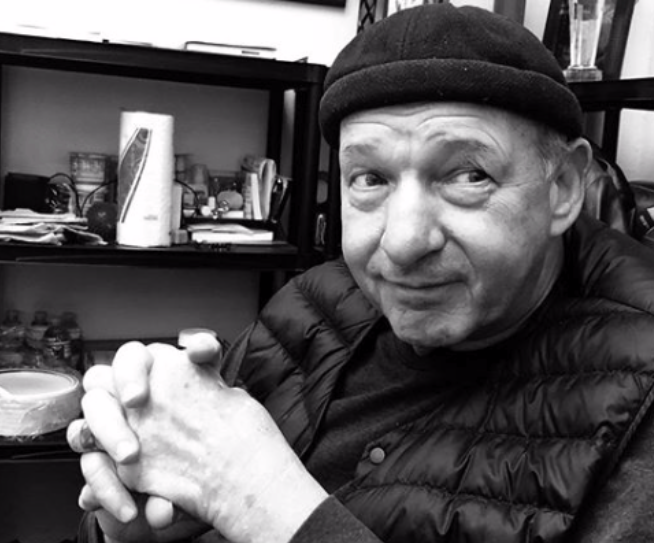 Back during simpler times, Gleason’s Gym boss Bruce Silverglade at his desk, where he’d see the parade of fighters, tourists, trainers, people looking for a place to work out, and fit in.

March trudged into April, April slogged into May, and there was cause for some optimism as we saw the “flattening of the curve.” April 14th represented the “top,” with 11,571 new CV cases reported. On May 14, 2,762 new cases got reported within the state of New York.

And by that time, many folks were looking ahead with less dread, and more optimism. Business owners, small business owners especially, could worry less about being infected and saw that light at the end of a dreary tunnel, when they could re-open their doors. But the light dimmed for some operators of small businesses, like Gleason’s, which opened up to become a community center of sorts in 1937, when June came and weeks passed. And no word came from on high, from the Governor’s office, about when a gym could again allow people to come inside.

And now, it’s July 3, almost Independence Day, and still no word from the Governor on when Bruce Silverglade can hit the re-set button.

Some of you are probably curious, how much does a guy like a Silverglade lose for every month that he’s compelled to stay dark. I was, and I think that is quite pertinent information, because I suspect that many people with the power to decide the near term fate of regular Joes don’t have a strong handle on some basics, like how expensive it is to run a business like Gleason’s. The rent, the insurance, the payroll that goes out, etc, etc. There are a lot of etcs, that only a person who owns such a business, in NY, can clue you in on.

So, Bruce Silverglade, how much does it cost you for every month that Gleason’s can’t re-open, even on a conditional basis, a few clients at a time?

“$100,000 a month,” Bruce told me, during a recent afternoon he’d spent calling politicians, seeing if someone, anyone, in the Governor’s office, or a state Senator or Assembly-person, the borough president, someone, could lobby on his behalf. Or, actually, not even that. Silverglade would simply like to be able to explain to someone of import in the office of Andrew Cuomo how he believes he can allow customers, like, say professional fighters, to come back into Gleason’s, and keep his gym alive.

Because, no, he will not be able to keep paying rent, keep some folks on payroll, keep paying the expenses that need to be paid. Silverglade loses revenue and income, because a few people end their memberships when they can’t go to the facility, and he needs to keep writing checks, like to pay the state for the property tax that comes due, come hell, high water, or coronavirus.

On Tuesday, June 23rd, Silverglade got hit with a bit of a low blow; New York state’s Phase Four of reopening from its coronavirus closure would not include gyms, shopping malls and movie theaters. Citizens had learned about the phases of opening on April 26, then more specifics on May 4. It was understood that if statistics allowed, a new phase would be introduced every two weeks. 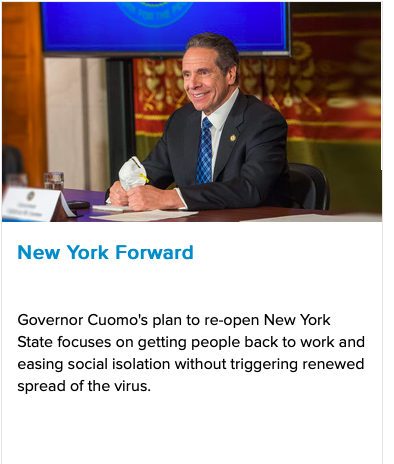 Yes, please, let’s allow at least the professional fighters who call Gleason’s their second home to get back to work, as this snippet on Governor Cuomo’s website calls for. “Getting people back to work,” in a responsible manner, that can and should happen for Gleason’s.

“We are continuing to study malls, movie theaters and gyms,” Gov. Andrew Cuomo told reporters during a press briefing in NYC on June 24.

New York City sat then in Phase 2, with Phase 3 to begin Monday, July 6. That was to include sit-inside dining, but officials pulled back, and said that in-room dining will not begin then, because of upticks in other states that moved faster on re-opening plans.

Silverglade gets that, by no means does he begrudge the fact that this is all a work in progress.

“But there’s been no communication,” he told me. OK, maybe he can’t be told when…but how some why? How about a better line of communication so people like him can escape this limbo zone, which sees bank accounts dwindling and despair rising?

Yes, like all the better gyms where actual professional athletes, like Mikkel LesPierre, Heather Hardy (below) and Yuri Foreman train, Gleason’s doesn’t have AC to keep the peeps nice and chill. 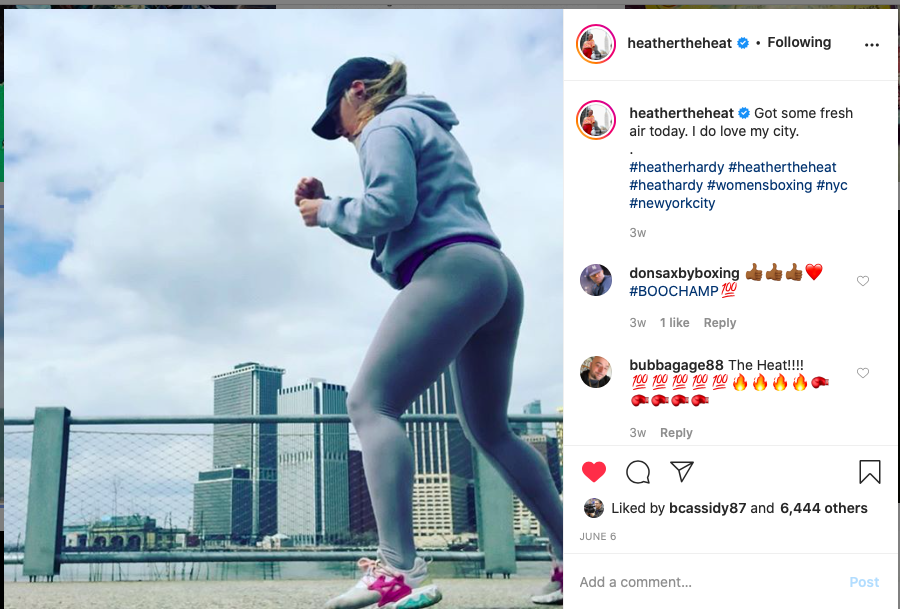 “And if that is the concern, then tell gyms they can’t turn on AC,” said Silverglade. “It’s the lack of direction.”

He gets it, he knows he’d be allowed a portion of capacity when the doors can open. “But it’s better than nothing. It will be quite some time before we’re back to normal.”

Hardy, the day before Independence Day, weighed in on the issue. “I feel like we just need to be heard,” Hardy said. “Nobody is listening yet. I get it 1000000% that it’s unsafe for gyms to open to the public and I’m all for a slow and safe reopen. But, professional boxers from NYC are being seen as weak. The underdogs. The guys who need money but haven’t been able to train. We are bait to promoters, because they know we’ll take the fights because we’ve all been out of work but they also know we can’t properly prepare. Don’t let us be seen like that. We’re NY strong too! It’s embarrassing!”

Gym owners are banding together and forming lawsuits against the state, for restraining their trade. Silverglade still isn’t wanting to go that route, though he does support such a coalition.

So, I pressed him, how long can he keep doing this? How long can he do this Rope-A-Dope strategy, absorbing punches while laying patiently on the ropes? When would he have to throw in the towel?

“January,” he said. “I can go six more months. The end is coming, though, I can only hold on for so long.”

Silverglade has appreciated the support he’s received. Like the World Boxing Council (WBC), a sanctioning body head-quartered in Mexico, they’ve reached out and had an ace attorney speak to Silverglade about some of his options.

But he knows it’s not just him hurting; on Thursday evening, 35 year old Mikkel LesPierre, a New Yorker who normally gets ready for fights at Gleason’s, battled Jose Pedraza in a junior welterweight contest in Las Vegas. 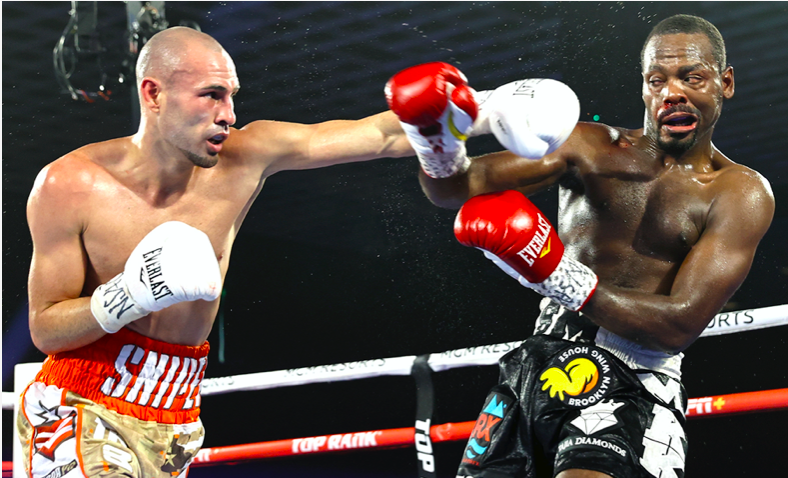 LesPierre, right, very much didn’t want to be seen as making anything like an excuse. He told the writer this wasn’t his night. But, he admitted after prodding, being able to get ready for a fight at the home gym probably would have helped him on July 2. (Mikey Williams photo for Top Rank)

LesPierre knocked Pedraza to the canvas, but threw fewer punches than his foe, and took the L, via unanimous decision after ten rounds.

We can surmise that LesPierre would have had higher punch output, and may well have been fresher, and not received a tenth round barrage which saw him sent to the canvas, if he hadn’t been forced to get ready for his fight while training out of doors, in parks.

Yes, that’s right, trainer Joan Guzman and LesPierre would do training sessions on grass, at parks.

What was the guy supposed to do, spar a tree?

Silverglade, before he went back to seeing if any local leaders could go to bat for him, laid out an ask: “We need a ZOOM meeting. We need a conversation with the Governor and his office. Tell me why! Let me answer your questions. These are pro athletes! It’s not like you can just prepare anywhere for a pro boxing match. Your life is on the line.”

These pros know that in this atmosphere, they could get a call to be on a show in two weeks, and they will feel forced to take the gig, because rent must still be paid. And they are training in parks…in their apartments…without the equipment that is part of the Gleason’s package.

I thought of all this as I watched LesPierre. He put his health on the line helping in the stand versus COVID at an NYC Hospital during the surge. There he was, gamely staying on his feet July 2, and even firing back some serious shots, in round ten at the MGM in the ESPN main event.

After the fight, I asked him, pressed him politely. I asked him if just maybe having Gleason’s open would not have been a big help.

“I don’t wanna say a gym would have made a big difference but I don’t want to say it wouldn’t matter,” LesPierre said. “Who knows… but the circumstances probably did have a bigger effect on me than I would have thought even though I did get some sparring.. but who knows. Yeah, if there was gyms open I would have been able to get sparring sooner or I would have already probably been sparring and staying sharper. But that’s not why I lost, I want to make that clear. It just wasn’t my night and I dealt with a lot of obstacles early in the fight that I had to overcome and rally back to get in my rhythm.” He’s a classy kid, and so he doesn’t want it to seem he’s not giving Pedraza due credit. So I will say it for him, it matters. Let Gleason’s open up to pros.

“Their lives are on the line,” Silverglade said, “and they deserve to be able to train at a real facility.”