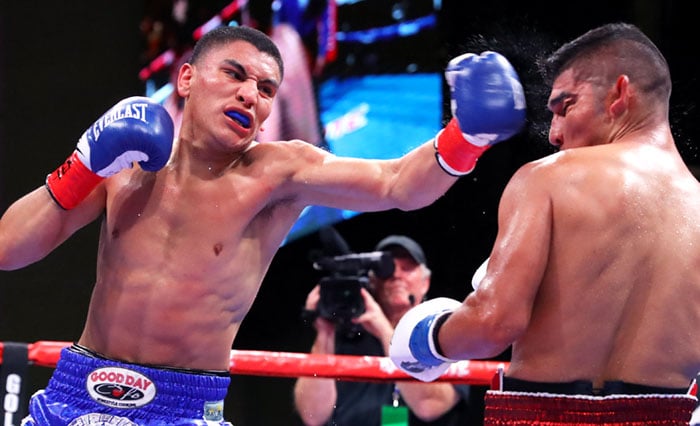 Vergil Ortiz Jr. was the beneficiary when The Ring’s No. 5 rated lightweight Ryan Garcia and promoter Golden Boy Promotions were unable to come to a financial agreement to stage a fight on the Fourth of July.

Instead, Ortiz Jr. will headline the return of Golden Boy and sports streaming service DAZN when the undefeated welterweight squares off against Samuel Vargas on July 24.

The 12-round bout will take place at the Fantasy Springs Resort Casino in Indio, California.

Golden Boy has not staged a fight since March as part of its “Fight Night” series on Facebook Watch between 135-pound contender Oscar Duarte and Andres Garcia. Due to the COVID-19 pandemic, business has slowed.

While Ortiz (15-0, 15 knockouts) is usually soft-spoken, he always felt it was the right move for Golden Boy, from a business and a fan standpoint, to choose him for the company’s return. Now he has a chance to let the world know how he really feels.

“I’m very honored to be the first fighter to headline the return of Golden Boy and DAZN,” Ortiz, a seven-time national amateur champion, told The Ring, “but to be honest with you, I feel like it was supposed to happen anyways.”

Ortiz and Vargas were initially slated to meet on March 28 at The Forum, in Inglewood, California, before that card was shut down due to COVID-19.

“I’m very excited to be the first.”

While Ortiz sees himself winning comfortably, he complimented Vargas (31-5-2, 14 KOs), 31, a Colombian based in Toronto, Ontario, Canada, for having fought some of the top contenders in the welterweight division.

“Of course, I see myself winning this fight,” he added, “but it’s not going to be an easy fight. You can never underestimate any opponent. Vargas, he’s a very experienced fighter. He has been in there with the likes of Errol Spence Jr. and Danny Garcia. Vargas fought Errol when he was just a prospect and there are top guys out there right now who aren’t willing to face that type of threat because it’s too risky.”

Ortiz feels disrespected for that reason.

“I feel like people don’t give me the credit that I deserve,” he continued. “They see some 22-year-old who hasn’t faced a tough test yet. I understand there’s more risk than reward for some of these guys to face me but we’re fighters.

“If we’re not fighting the best, then what do we have to stand for? I know that I’m ready to face the best and, one way or another, I’m going to make them fight me. I know that it may take a while but I’m ready.”

One fighter who could relate to Ortiz is Terence Crawford. 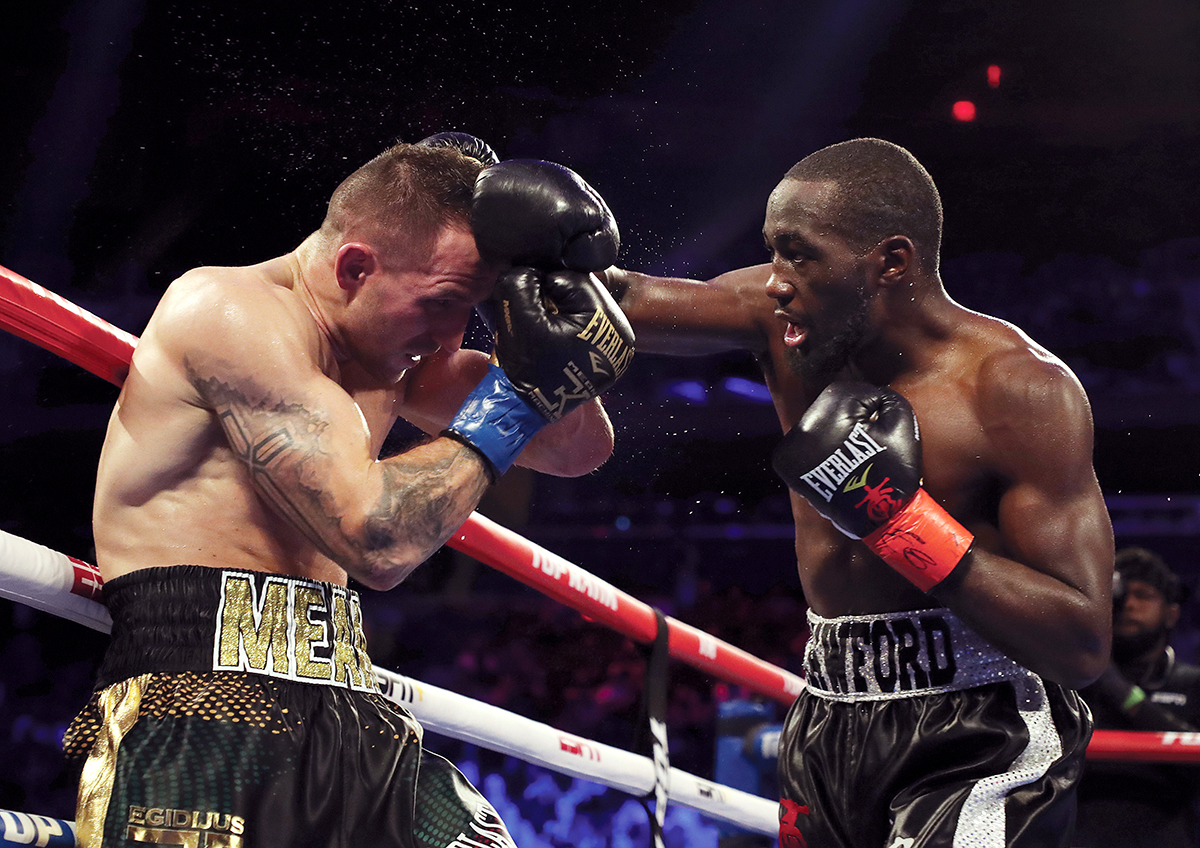 While Crawford has won titles in three weight classes, lightweight, the undisputed junior welterweight championship and welterweight, where he currently holds the WBO strap, he has not had a significant fight yet.

Why shouldn’t two guys who have historically had problems getting top guys to face them square off with each other?

“I want to fight Crawford,” Ortiz said. “He’s a very skilled fighter, arguably among the top five pound-for-pound fighters in the world today, and very smart. I’m very open to fighting him. That’s probably the easiest fight to make in boxing right now.

“I’m ready to take any opportunity thrown my way. I understand how hard it is to make big fights these days so if I received an offer to face Crawford, I would take it.”