Jackie Nava to return to action on Saturday night 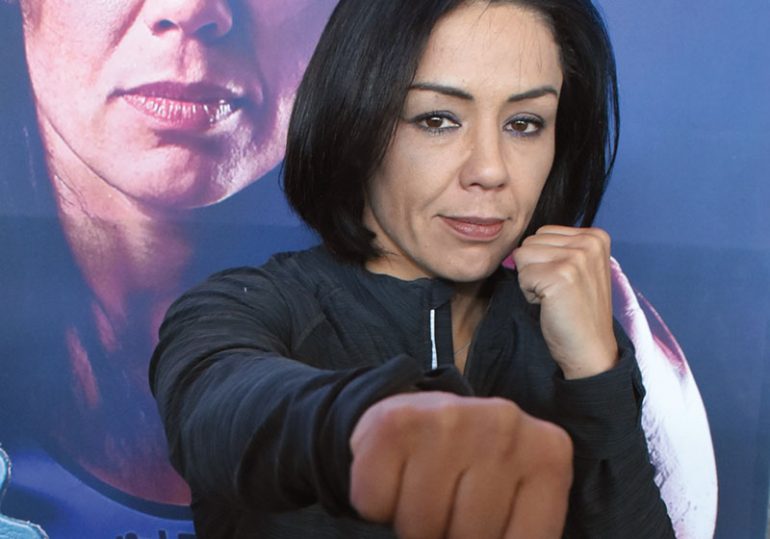 Jackie Nava poses for photos during a press conference ahead of the fight against Alys Sánchez at Mexico City Arena on August 9, 2018 in Mexico City, Mexico. (Photo by Carlos Tischler/Getty Images)
02
Jul
by Francisco Salazar

Age is just a number for Jackie Nava.

The 40-year-old will return to the ring Saturday night to face Estrella Valverde in a 10-round bout at the TV Azteca Studios in Mexico City. The fight will headline a Zanfer Promotions card and will air live on TV Azteca throughout Mexico (11:30 p.m. ET/ 10:30 p.m. PT).

Nava (35-4-4, 16 knockouts), who resides in Tijuana, Mexico, fought to a draw in her most recent bout against Marcela Acuna on May 25 of last year. The fight snapped a string of 11 consecutive victories since losing a unanimous decision to Ana Marie Torres in July 2011.

Saturday won’t mark the first time Nava has had a long layoff from the ring. After successfully defending her WBA and WBC junior featherweight titles against Mayra Gomez in February 2015, Nava did not fight again until her unanimous decision victory over Ana Maria Lozano almost two years later.

Nava, who made her pro debut in 2001 at the age of 21, won her first world title in May 2005, defeating Leona Brown by unanimous decision. She would ultimately win titles in two weight classes.

Valverde (18-6-2, 3 KOs), who resides Ciudad Nezahualcoyotl, Mexico, lost a unanimous decision to Sonia Osorio in her most recent fight on October 25. It was the 35-year-old’s first loss since losing via knockout to Yesica Marcos in October 2014. The Osorio loss snapped an eight-bout winning streak

In the co-feature, junior middleweight Carlos Ocampo will square off against hard-hitting Jorge Luis Garcia in a 10-round bout.

Ocampo (27-1, 17 KOs), who resides in Ensenada, Mexico, stopped Adolfo Moreschi after Round 4 of his most recent bout on December 14. The 24-year-old has won his last five bouts since losing by knockout to The Ring’s No. 1-ranked welterweight, IBF/WBC titlist Errol Spence in June 2016.

In his most recent bout on November 30, Garcia (18-2, 16 KOs) stopped veteran Joel Juarez in Round 2. The fight came almost three months after the Los Mochis, Mexico, resident lost by split decision to Abraham Juarez.