Robeisy Ramirez avenges loss to Adan Gonzales, shuts him out over six rounds 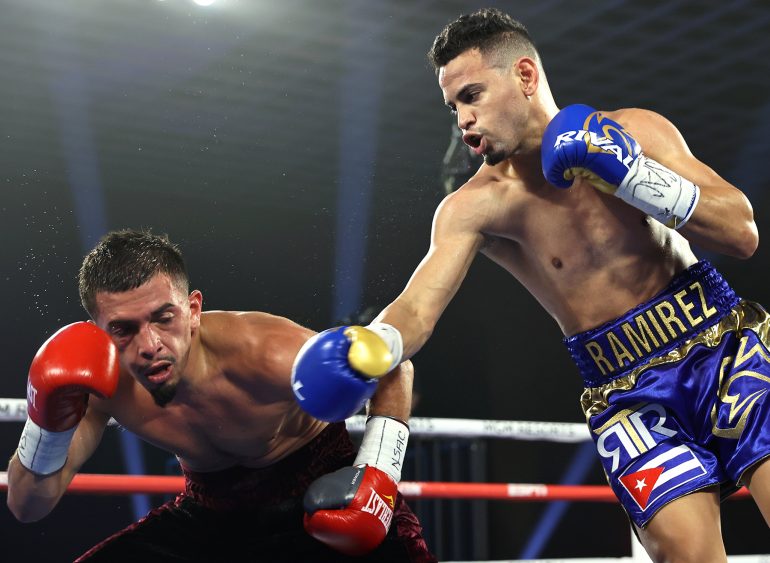 Two-time Olympic gold medalist Robeisy Ramirez exorcised the demons Thursday night against Adan Gonzales, scoring a unanimous decision victory inside “The Bubble” at the MGM Grand in Las Vegas. All three judges scored the fight 60-54 for Ramirez, who improves to 4-1 (3 KOs) as a pro.

“Last time I got dropped in the first round and that really threw me off my game,” he said after the fight. “Tonight, I pretty much did everything I wanted to do. The one thing that was missing was that one big shot.”

Last August in Philadelphia, Gonzales dropped Ramirez in the first round of their four-round bout, scoring a split decision upset win. It was a shocking, unexpected result in the pro debut for the Cuban native who now calls Florida home.

Tonight, it was all Robeisy Ramirez.

The southpaw looked more confident, more mature and more intense in his second bout with Gonzalez. Ramirez picked his shots and controlled the action throughout. He landed 62 of 192 total punches (32%), compared to 55 of 250 (22%) for Gonzalez. He also scored with more body punches (22 to 15).

Promoter Top Rank has had high expectations ever since they signed Ramirez after his stellar amateur career. At only 18 years of age, he won Olympic gold at the 2012 London Games as a flyweight. He won gold again at the 2016 Games in Rio de Janeiro, fighting as a bantamweight. Along the way he scored amateur wins over Andrew Selby, Michael Conlan, Tugstsogt Nyambayan, Shakur Stevenson and others.

Now fighting as a featherweight in the paid ranks, Ramirez has successfully flipped the script from his pro debut loss.