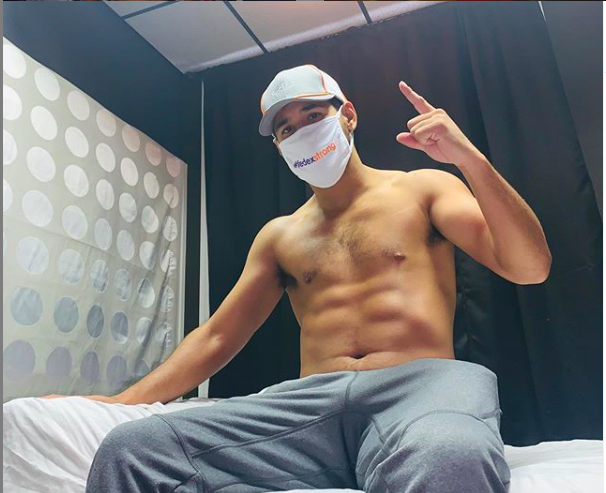 The crew at FedEx will gather in the break room and watch "Kendo Tremendo" battle Jose Zepeda July 7.
02
Jul
by Ryan O'Hara

Castaneda (17-1, 8 knockouts) will take on Jose Zepeda on July 7 in the main event of a Top Rank on ESPN card at the MGM Grand Conference Center in Las Vegas.

The San Antonio native agreed to face Zepeda on seven days’ notice after two opponents dropped out. Zepeda had been preparing to take on Ivan Baranchyk, who withdrew from their 10-round bout over the weekend due to a rib injury. Then Marcelino Lopez, a southpaw from Argentina, quickly stepped in, but also very swiftly backed out.

Since suffering his first professional defeat in his last outing, a 10-round majority decision to Puerto Rico’s Yomar Alamo (18-0-1, 12 KOs; see Castaneda pressing Alamo, below), on Feb. 28 in Kissimmee, Florida, the 26-year-old Castaneda has wanted nothing but to erase that fight from his memory. He explained the valuable lessons learned from that experience. 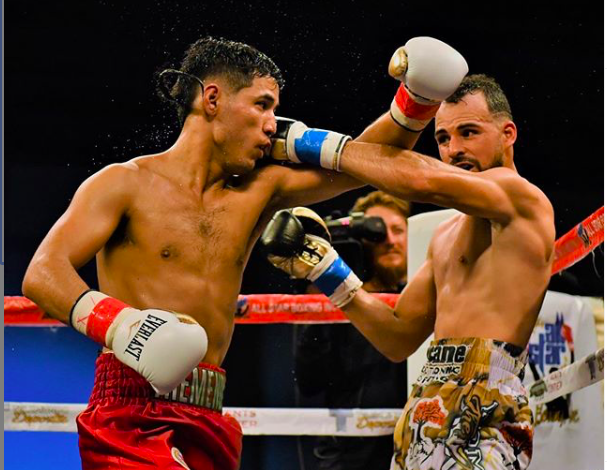 “Never underestimate any fighter,” he said to The Ring.

Castaneda also admitted that his love for the sport of boxing “has grown even more” since tasting his first defeat.

“I was very humbled to say the least,” he continued. “But I’m ready to redeem myself, and I’m willing to take a dangerous fight on short notice to prove it.”

Zepeda (31-2, 25 KOs), 31, of La Puente, California, is coming off the biggest win of his career when he outpointed former lightweight titlist Jose Pedraza in a 140-pound bout last September in Las Vegas.

Castaneda is coming into this fight knowing this will be his most dangerous task to date.

“I’ve been in some tough fights, but this one coming will be my toughest fight — I know that for a fact,” Castaneda stated. “But when I step into the ring, I bring the toughness for everybody.”

Castaneda has also worked the 3 a.m. to 10 a.m. shift as a package handler at FedEx for the past five years, which he claims has put him a step ahead of his competitors as far as conditioning.

“Working at FedEx (in Schertz, Texas) helps me stay ahead of everybody,” he added. “All of the boxers are accustomed to fighting and taking breaks and slacking off at camp, but not me. At FedEx, I’m always active, and I have to be up at three in the morning five days a week. No other fighter and no other champion can say that.”

Castaneda went on to say that his co-workers will join in the breakroom, while practicing social distancing due to the COVID-19 pandemic, to watch his fight against Zepeda.

“Oh yes, the whole building will be tuning in to ESPN,” he continued. “Management, my fellow friends that have been there with me for years, the drivers; they’re all stoked for the fight!”