Mark Magsayo arrives in LA from Philippines, will resume training with Freddie Roach 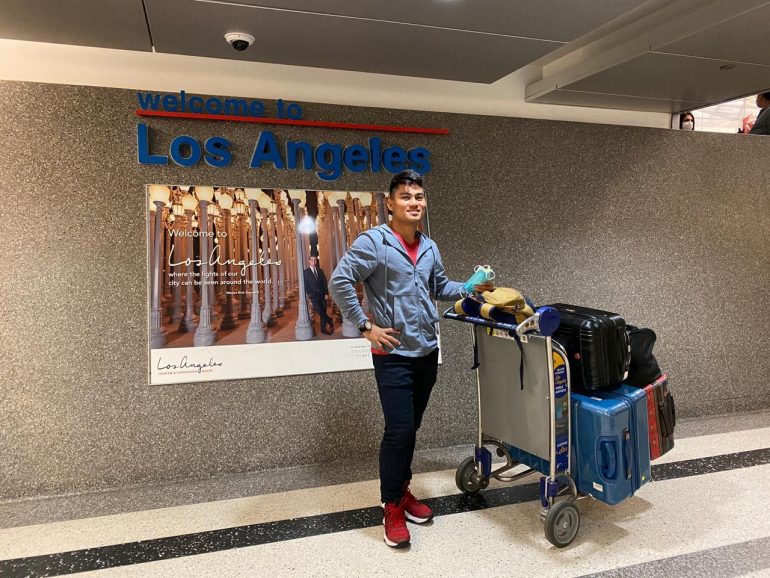 Magsayo and his wife Frances flew four hours on a Korean Air flight out of Manila Ninoy Aquino International Airport to Incheon, South Korea, then, after a two hour layover, went 11 hours straight to Los Angeles.

Frances Magsayo says they’ll get tested for the coronavirus at their earliest opportunity as a courtesy to Roach and the other training staff.

“I am so very grateful that I am going back to training with coach Freddie because I enjoy training with him and I am learning a lot every time,” said Mark Magsayo (20-0, 14 knockouts), a native of Bohol province who now lives in Pasig City in Metro Manila.

The 25-year-old Magsayo had trained briefly with Roach towards the end of January, and the two decided there was enough chemistry to train on a more permanent basis.

Getting out of the Philippines was not easy. Philippine officials told Magsayo that non-essential travel would not be possible, and only a guarantee letter from MP Promotions president Sean Gibbons allowed them to get on the plane.

Gibbons tells The Ring that, while there is no fight yet scheduled for Magsayo, “we’re on the calendar for  September or October.” MP Promotions, which is led by Manny Pacquiao, signed Magsayo in March, and has an arrangement with Premier Boxing Champions to place fights on their cards.

“The purpose was to get Mark here to get him adapted to working with Freddie Roach, to really start finally getting that break,” said Gibbons.

“With his type of record I could see him fighting for a world title within four fights.”

Magsayo was last in the ring in August of 2019, defeating former WBO bantamweight titleholder Pungluang Sor Singyu by unanimous decision. Magsayo is rated no. 5 by the WBC, no. 4 by the IBF and no. 11 by the WBA.