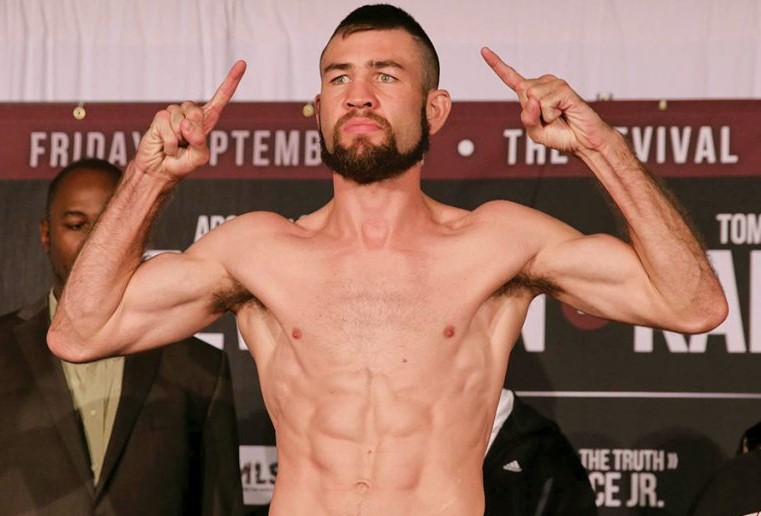 Chris van Heerden is a man on a mission.

The South African welterweight is set to get back in the ring to honor the memory of his late father, and he hopes that a win could open the door to more lucrative opportunities.

It has been almost a year since van Heerden’s last professional fight. The 33-year-old appeared on a card in Los Angeles in August, defeating Russia’s Aslanbek Kozaev by eight-round unanimous decision.

Like many other fighters, the COVID-19 pandemic derailed recent plans for van Heerden, who was scheduled to face former world titleholder Antonio DeMarco on April 17 in Tulsa, Oklahoma.

“I’m hoping to have something lined up in August,” van Heerden told The Ring over the phone on Friday. “I got back to the gym and I’m getting ready for that call.”

Van Heerden (28-2, 12 knockouts), who is originally from Meyerton, South Africa and now resides in the Los Angeles suburb of Santa Monica, is working with trainer Javiel Centeno in Fort Lauderdale, Florida. He had worked briefly with former world titleholder Brian Viloria.

After several years of fighting under different promotional banners, usually as the opponent for house fighters, van Heerden signed a promotional deal with Top Rank in November 2018. After two victories, the southpaw is now hopeful of landing a meaningful fight.

A fight against another welterweight under the Top Rank umbrella would be make sense, but van Heerden would be willing to face anyone at 147 pounds. And reportedly an agreement is in place between Top Rank and Al Haymon, who advises most fighters under the Premier Boxing Champions banner, to work together in the near future.

“If it makes sense, I’m all for it,” said van Heerden. “I’ve never shied away from any fight; I’m willing to step up to the plate. The best part of signing with Bob Arum is there are other fighters at 147 pounds who fight for Top Rank. Then there’s the possibility of Top Rank working with PBC. There’s talk of Terence Crawford fighting Yordenis Ugas. I’m willing to face guys like Keith Thurman or Shawn Porter. They’re great and elite fighters. I think they need fighters like me to face later this year.”

“I look at PBC with the welterweight division and it looks like they recycle the same fighters: Thurman, Porter, (Danny) Garcia etc.” Kahn told The Ring.“Fans want to see new fights among those fighters. If any of those fighters want a comeback fight before facing the elite in the division, why not fight Chris? He’s ranked higher than any other opponent they would pick to face Shawn or Keith.

“I signed Chris because of his work ethic, skill set, speed and footwork. He’s 100-percent committed to the sport and he’s a complicated southpaw. I’m not going to hold his first loss against him; a split-decision 10 years ago to someone in his backyard (Nikola Stevanovic in Serbia). His fight against Errol Spence (September 2015) was a legit loss (TKO 8). I think Chris fighting someone like Keith Thurman is a compelling fight. Guys don’t call out Chris because they know he has a complicated style.”

Van Heerden, who has sparred Canelo Alvarez, Shane Mosley and Victor Ortiz, is working towards the goal of winning a world title belt. It is a goal he shared with his father, Daniel, since he was a boy. In late December 2018, his father was tragically killed in a road-rage incident not far from his home in South Africa. The suspect was released after posting a small fee and the trial is scheduled to begin in August.

Although he misses the almost daily conversations with his father, van Heerden looks at the bigger picture. He hopes to continue his quest to bring change to South Africa, where the stigma of apartheid and high crime rates have altered progress in the country.

“My father had a vision for me to fight for a world title in the United States, and I also want to bring change to South Africa. I’ve never felt so much motivation to accomplish both. I’ve forgiven the person who killed my father. I believe it’s my duty to carry on my father’s dream because of how much he believed in me to accomplish what I’m fighting for.”

Van Heerden hopes people do not base their opinion of him solely on the Spence fight. He believes he has improved as a fighter and can make the most of any opportunity against a top contender.

“I was not in a good place when I fought Spence,” van Heerden admitted. “I was mentally-defeated before the fight. I was a very raw fighter five years ago. I didn’t have the experience and he capitalized on landing shots to the body throughout the fight.”

“I’ve worked hard since that fight to get where I’m at now. I’m more confident and motivated than ever. I know I can do it.”