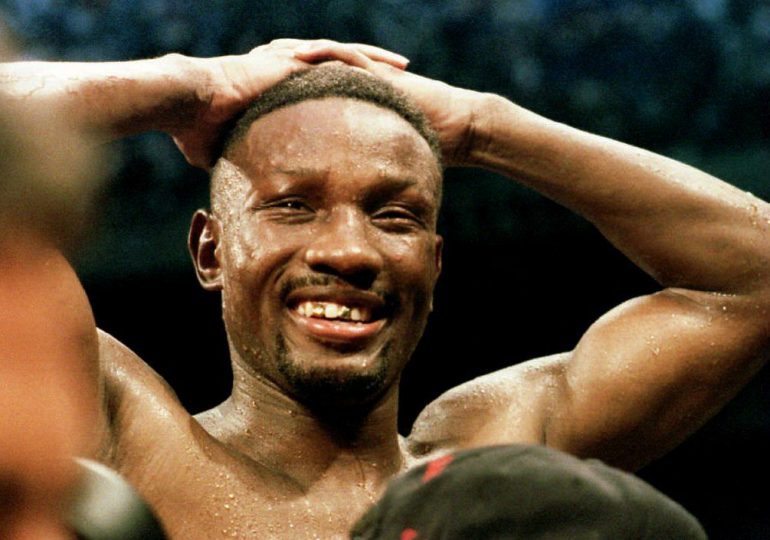 Pernell Whitaker smiles in disbelief as he listens to the judges' decision following his title fight with Julio Cesar Chavez in San Antonio, Texas. (Photo by BOB DAEMMRICH/AFP/Getty Images)
30
Jun
by Ryan Songalia

For generations, anyone driving through the middle of Norfolk’s downtown district would have to pass by a statue honoring soldiers who fought for the Confederate side of the Civil War. The 60-foot, obelisk-like structure featured a single, unnamed soldier, and was first erected in 1907, long after Robert E. Lee surrendered to Ulysses S. Grant on the western end of Virginia.

“Johnny Reb,” as it was called, had been the target of takedown attempts in recent years, with residents arguing that it symbolized hate and intolerance. But, with the area around it covered in graffiti of names of black men who had died at the hands of police officers, his luck ran out on June 12, when Kenny Alexander, the city’s first black mayor, decided Johnny’s days of standing tall in Virginia’s second most populous city were over.

The statue is one of several monuments linked to slavery and genocide to be brought down amid the nation’s reckoning on racism, which was reawakened following the killing of George Floyd in Minneapolis on May 25. The news of the statue’s removal brought a smile to Nick Sullivan, an undefeated lightweight prospect who has called Norfolk home since he was a child.

“As soon as they said they were taking it down, that was just a prayer that came true,” said Sullivan (2-0, 1 knockout), who is signed to Golden Boy Promotions. Sullivan, age 21, has been following the news of protests across the country which have sprung up in each state in the country, as well as other countries across the world.

For Sullivan, a supporter of Black Lives Matter, there is no excuse to celebrate those whose legacies were staked on black lives not mattering at all.

“I’m not saying all lives don’t matter, but black lives matter because we’re the ones getting killed and people are getting away with it. I think it needs to change,” said Sullivan, who turned pro last August. “I love all the stuff that everyone is doing, we’re coming together, not on revenge but for equality.”

While the city keeps the statue in storage, with a public hearing scheduled for July 7 to decide its fate, the question then becomes, what will replace that statue? The void will be a reminder of what once was there until that’s decided on.

There are few better candidates than Pernell Whitaker, the former undisputed lightweight champion and Norfolk native son. Whitaker, who died on July 14, 2019 at age 55 after being hit by a car in Virginia Beach, put Norfolk on the boxing map, beginning in 1984, when he won the lightweight gold medal at Los Angeles Games as part of one of the greatest Olympic boxing teams the U.S. ever put forward.

Whitaker went on to unify the 135-pound titles, making six defenses of the belts before adding world titles in three more divisions, from junior welterweight to junior middleweight. 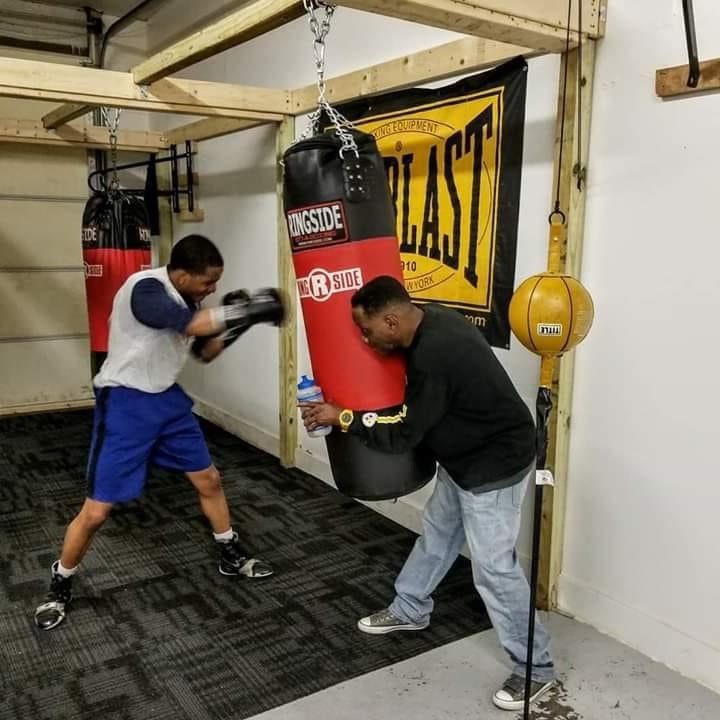 He combined one of the most effective southpaw jabs ever with Matrix-like defensive moves to bedevil opponents. In 1993, he outfought the then 87-0 Julio Cesar Chavez in 1993 in front of approximately 60,000 fans in San Antonio, only to be robbed and handed a draw. There was also the classic performance against Oscar de la Hoya, whom he dropped before losing a close decision, plus wins over Azumah Nelson, Jose Luis Ramirez and Jorge Paez. From 1984 to 2001, Whitaker compiled a pro record of 40-4-1 (17 knockouts), and was inducted into the International Boxing Hall of Fame in 2006.

The man who grew up in the Young Terrace housing projects to become “Sweet Pea” didn’t leave his hometown behind once he made it big. Ten times he fought at the Scope Arena, bringing nationally-televised fights against James “Buddy” McGirt and Roger Mayweather to his local fans. He headlined there once more when his funeral was held in the arena.

Sullivan remembers the first time he met Whitaker, at one of his amateur fights at age 10. Whitaker approached him after the fight and told him “You’re next, just stay focused, staying grinding.” Whitaker later helped him in training, and gave him the confidence to win three Virginia state titles, to go along with a number of national and international tournaments, in a 120-plus bout amateur career.

“Pernell was like the president of Norfolk,” said Sullivan. “Everybody looked up to him, everybody was just a Pernell Whitaker fan because there’s not too many people that make it from Virginia, let alone Norfolk. Once he made it, he gave people hope.” 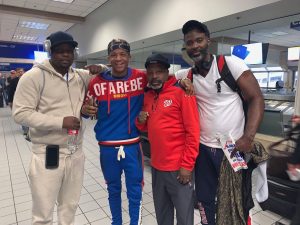 Shaun Wilson, who has trained Sullivan since he was a kid, also met Whitaker as a young amateur. He remembers how the small city, with a population of just over 200,000, would grind to a halt whenever Whitaker fought. Wilson would eventually hang up his own gloves before picking up a pair of punch mitts, working for the city as a boxing trainer before opening his own gym, the Norfolk Hit Squad Boxing Club, three years ago.

Despite being a legend in the sport, Whitaker was never stingy with sharing his boxing wisdom with young upstarts, Wilson remembers.

Though there have been other big name athletes from the area, they represented teams outside of Virginia. Whitaker represented Norfolk, he represented them.

Lee himself was firmly against the confederacy being celebrated, writing “I think it wiser not to keep open the sores of war but to follow the examples of those nations who endeavored to obliterate the marks of civil strife, to commit to oblivion the feelings engendered.”

Sweet Pea Whitaker made no similar request, and a statue in his honor would symbolize the potential to rise up from humble beginnings to make an impact on the world. The city already voted to rename its boxing facility at Harbor Park after Whitaker shortly after his death, with Norfolk city councilman Paul Riddick stating that the dedication serves as a reminder to young people “that you can do stuff with your hands and you don’t need guns.”

Both Sullivan and Wilson support the idea of a Whitaker statue, with Wilson saying it’s one he’s discussed favorably with other members of the local boxing community.

There’s no shortage of boxing statues in America, with James Braddock in North Bergen, N.J., Oscar de la Hoya outside of Staples Center in Los Angeles, Larry Holmes in Easton, Pa. Whitaker meant just as much to his city as those did to theirs.

Requests for comment from Alexander and Riddick were not returned.

A common argument from those who oppose tearing down statues celebrating a racist past is that it’s an erasure of history, and that the lessons learned will be forgotten. That argument falls apart when one looks at the fact that most of these statues were built during Jim Crow era, to uphold the principles that these figures represented. There is no context regarding the slavery they fought to preserve, or the people they sought to subjugate.

To tear down those monuments is the only way to demonstrate the lessons have been learned. And if anyone is concerned about history, they can always take a ride out to the American Civil War Museum in Richmond, Va., where that information is available in its proper context.

Sports can unify a city as strongly as clinging to a Confederate past can divide one. And in Norfolk, nobody unified like Pernell Whitaker.