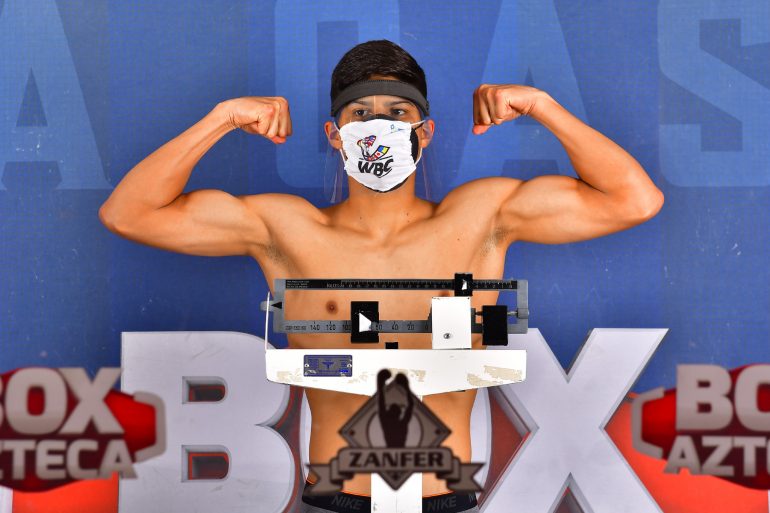 Aguilar used his height and reach to rain punches down onto Jardon. A sweeping right cross to the head stunned Jardon, but he continued to fight back. Moments later, a barrage of punches by Aguilar staggered Jardon against the ropes, prompting referee Cesar Calderon Varela to stop the fight at 55 seconds.

Aguilar is promoted by Zanfer Promotions.

Through an experiment by the WBC and the boxing commission in Mexico City, six judges were used to scored the fight. Three judges at the TV Azteca Studios scored the bout 78-74, 79-73, and 79-74 for Picasso, while the three judges scoring the fight at home had Picasso winning 80-72.

Both fighters were on the attack from the opening bell. The shorter Perez stunned Picasso with a counter right hand to the head near the end of the opening round. Picasso, who made his pro debut at the age of 16, decided to box more in round two, working behind a steady jab and connecting with right hands and left hooks to the head and body.

As the bout progressed, Perez’s punch output dropped as he began to tire. Despite Picasso landing the more effective punches, Perez was game up until the final bell.