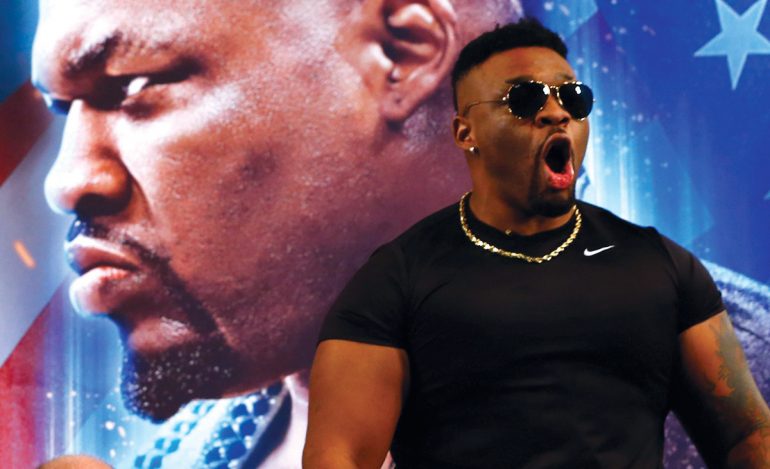 Top Rank chairman Bob Arum is none too pleased with Jarrell Miller.

Miller tested positive for the banned substance GW1516, also known as endurobol, in a test conducted by the Voluntary Anti-Doping Association (VADA). The heavyweight was scheduled to face Jerry Forrest in a 10-round bout that was set to headline a Top Rank on ESPN card on July 9 at the MGM Grand in Las Vegas in what was supposed to be Miller’s first fight since signing a co-promotional deal with Top Rank in January.

There is still a chance that Forrest will remain on the card. Top Rank vice president Carl Moretti told The Ring’s Dan Rafael Saturday morning that Forrest (26-3, 20 KOs), 32, of Lafayette, Louisiana, who is promoted by Lou DiBella, could face former title challenger Carlos Takam (38-5-1, 28 KOs) 39, of France, who is co-promoted by Top Rank and Joe DeGuardia of Star Boxing.

At this point, a trophy might need to be made for Miller, who has failed four drug tests since April 2019 and five overall in his career.

Initially, the 88-year-old promoter was unaware that Miller had tested positive for a banned substance until his conversation Saturday morning with The Ring.

“I’m learning it from you,” Arum said earlier. “Nobody has called me or told me anything. Obviously, if he has tested positive for a PED, he’s not fighting.”

However, Miller failed four VADA-administered drug tests over the span of a few days for a plethora of banned substances, including GW1516, human growth hormone, and EPO.

Miller, who has not fought since scoring a fourth-round knockout of Bogdan Dinu on November 17, 2018, in Mulvane, Kansas, also previously served a nine-month suspension from the California State Athletic Commission after testing positive for Dimethylamylamine while he was competing in Glory kickboxing. He was also fined $2,500.