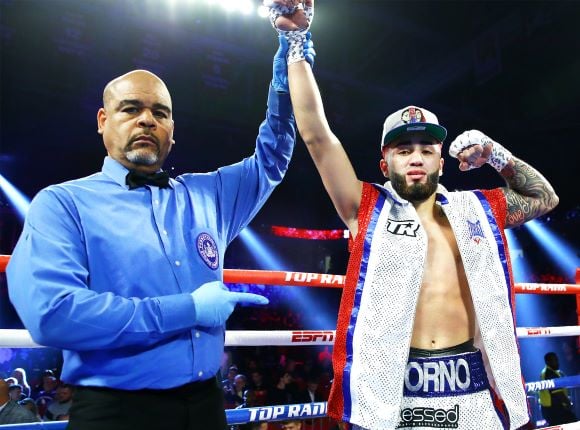 The 21-year-old Adorno came in a pound overweight Monday and was supposed to weigh in a second time Tuesday afternoon, but Adorno fell ill due to suspected dehydration.

Adorno, however, has not tested positive for COVID-19.

Adorno-del Bosque was not the only bout Top Rank chairman Bob Arum lost Tuesday afternoon. Junior lightweight titlist Jamel Herring revealed earlier on social media that he tested positive for the coronavirus last week and that his slated July 2 title defense against Jonathan Oquendo had been postponed.

Herring (21-2, 10 knockouts) and Oquendo (31-6, 19 KOs) was supposed to serve as the main event for a Top Rank on ESPN show July 2 at the MGM Grand Conference Center in Las Vegas, where Tuesday’s card is also taking place.

Arum told The Ring that Herring-Oquendo could be rescheduled as early as late July, while the main event for that card could be replaced with Jose Pedraza-Mikkel LesPierre, which was postponed last week after LesPierre’s manager, Jose Tavares, tested positive for COVID-19.

Tuesday’s card will go on with a four-bout telecast.