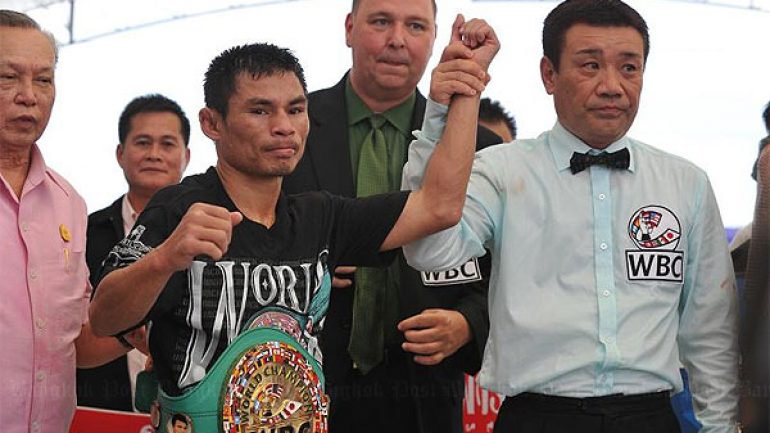 If Menayothin follows through with his announcement, he will retire with a record of 54-0 (18 knockouts).

The 34-year-old Menayothin, who began his boxing career in January 2007, became the WBC titleholder at 105 pounds by stopping Mexico’s Oswaldo Novoa in November 2014. He would make 12 defenses of the title, including his last fight on October 26, defeating South Africa’s Simpiwe Konkco by unanimous decision in Chonburi, Thailand, not far from his hometown of Bangkok.

Menayothin signed a promotional deal with Golden Boy Promotions in July of last year. He was scheduled to make his United States debut on April 25 against Marco John Rementizo, but the fight card that was scheduled to take place in Indio, California was cancelled due to the COVID-19 pandemic.

Menayothin has been criticized for having never fought outside of Thailand or unifying against any of the world titleholders at 105 pounds. He also fought six non-title fights between winning the WBC title against Novoa and his presumed last fight against Konkco.

Despite the criticisms, Menayothin did surpass Floyd Mayweather’s mark of winning his first 50 professional fights, earning his 51st victory by defeating Pedro Taduran of the Philippines by unanimous decision in August 2018.

On paper, the closest Menayothin was to having a blemish on his record occurred in January 2017, outpointing Melvin Jerusalem by scores of 114-113, 114-113, and 115-113. During the eighth round, referee Celestino Ruiz deducted a point from the Filipino fighter for a low blow.