Andrew Moloney is ready to get back in to the title picture. Photo credit: Bruno Ferreira/Black Snow Images
19
Jun
by Anson Wainwright

Australian boxer-puncher Andrew Moloney will make his American debut when he faces Joshua Franco at the MGM Grand, Las Vegas on June 23.

Moloney, who is rated No. 6 by The Ring at 115 pounds, is excited to be headlining the event.

“This is a dream come true,” Moloney (21-0, 14 knockouts) told The Ring. “I’m making the first defence of my [WBA] world title. Even though there won’t be any crowd in attendance, I know there will be a huge amount of people watching on TV around the world.”

The 29-year-old knows Franco will be a stern examination of his credentials but not more than he can handle.

“Franco is a very busy fighter. He throws a lot of punches and puts his combinations together well,” said Moloney. “I believe I have a big advantage in speed, power and am much more versatile than he is. I think this will be the difference on fight night.”

Moloney had been due to face two-time title challenger Israel Gonzalez in Oklahoma on April 17. However the global COVID-19 pandemic changed those plans. Quick thinking by his manager Tony Tolj saw Andrew and twin brother Jason, who will fight two days later, fly to America.

“Two days before we were due to fly to America, we got a call that all fights had been canceled for at least the next few months,” Moloney explained. “Even though it looked like we wouldn’t be fighting for a long time, myself and my brother Jason continued to train every day and used the time to improve as much as we could.

“We heard news that Top Rank were planning to start shows in June but we knew there was a travel ban in Australia and flying overseas didn’t seem like an option.

“Luckily my manager Tony Tolj is a genius and he worked his magic to get us an exemption from the Australian government so that we were able to fly. He called me on the Thursday [May 14] afternoon at 3 p.m. and we got on the plane to America the following morning.” 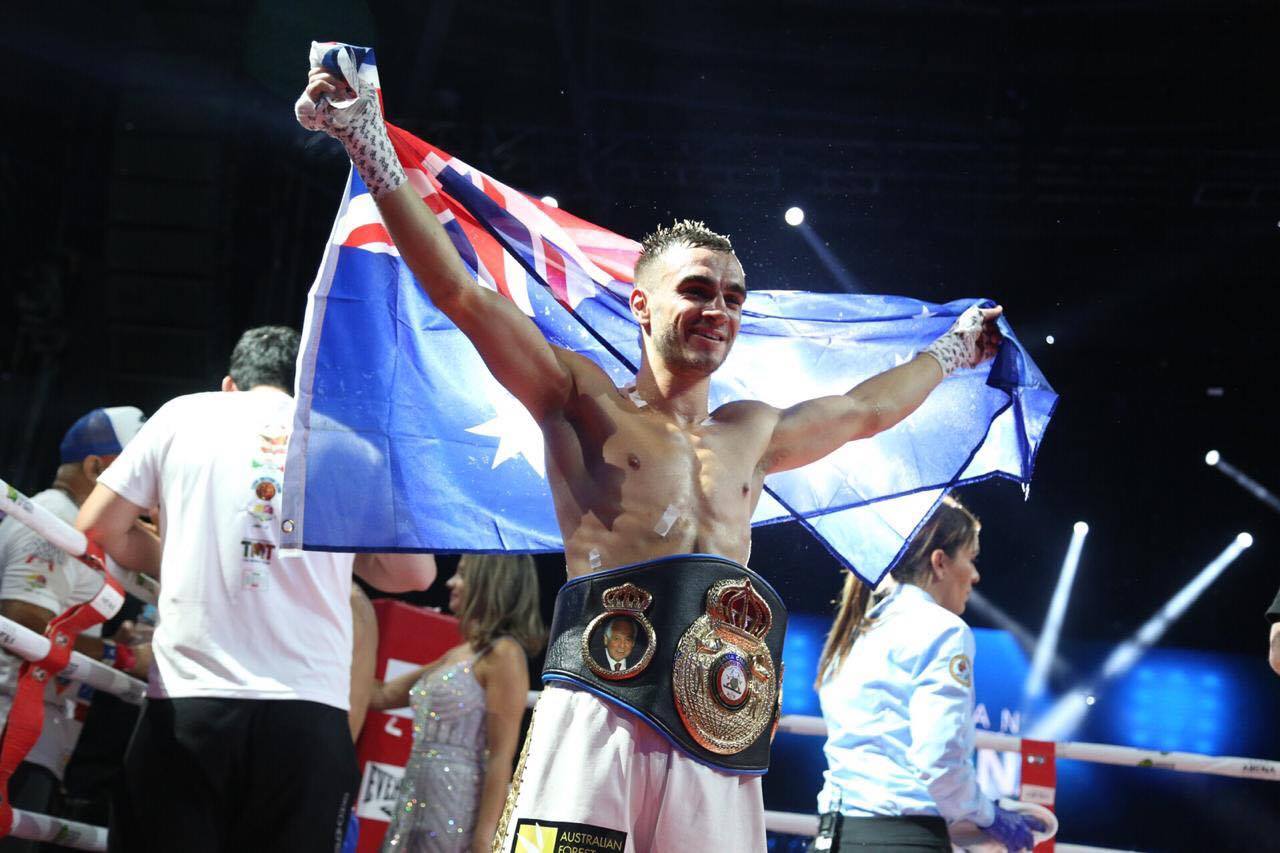 The twins arrived in Las Vegas on May 16 after a few connecting flights.

“We flew from Brisbane Airport to Sydney where we had an overnight stay,” he explained. “The following morning, we flew from Sydney to San Francisco and then San Francisco to Las Vegas. The airports were very strange and had hardly anyone in them at all.

“It was a long trip but with only around 30 people on the whole plane, we had plenty of room to lay down and get some sleep. I believe all the other passengers were people who lived in America and were returning home.”

Once they arrived, Team Moloney was housed 10 minutes from the Top Rank gym.

“We only leave the house for training or to do our food shopping,” Moloney said. “We will remain here until we enter the MGM ‘bubble’ for fight week.”

Tolj expects fireworks when his fighter and Franco collide.

“This will be a great fight; Franco is a warrior and doesn’t take a backwards step,” said Tolj. “My favorite fighters are the Mexican boxers, as they will leave everything they have in the ring and I know how much Andrew has put into his training and the continued improvements. Headlining the MGM is an awesome honor and I’m sure this fight won’t disappoint.”

Franco (16-1-2, 8 KOs) was highly regarded before being upset by Lucas Emanuel Fernandez Leone (L TKO 9) in March of 2018. He has become more battle-hardened, sharing 30 grueling rounds with Oscar Negrete (D 10, SD 10 and D 10). The 24-year-old Texan, who is rated No. 10 by The Ring at junior bantamweight, is entering his prime and could be a dark horse in the division.