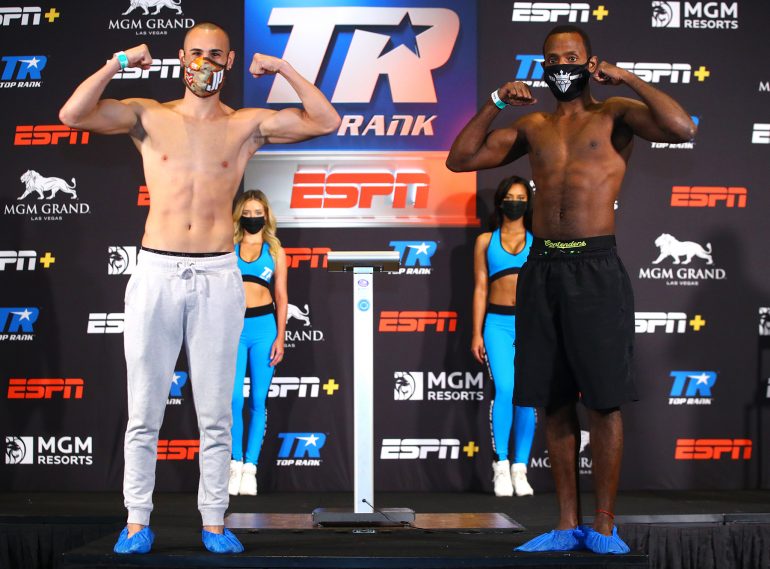 The combatants posed for Mikey Williams Wednesday. The next morning, LesPierre was told his fight was off, because a member of his team tested virus positive.
17
Jun
by Ryan Songalia

Both Jose Pedraza and Mikkel LesPierre made weight Wednesday afternoon for their ten round junior welterweight tomorrow.

Pedraza (26-3, 13 knockouts) of Cidra, Puerto Rico weighed in at at 140.4 pounds, while LesPierre (22-1-1, 10 KOs) of Brooklyn, N.Y. weighed in at 141 pounds even. The fight will be the second for Pedraza at junior welterweight, as the former 130 and 135-pound titleholder looks to bounce back from his loss to Jose Zepeda last September.

LesPierre, who is four years older than Pedroza at 35, is fighting for the first time since switching head trainers to Joan Guzman. He has won once since suffering the lone defeat of his career, a unanimous decision loss to Maurice Hooker in March of 2019. 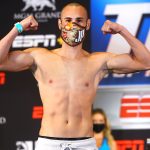 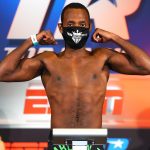 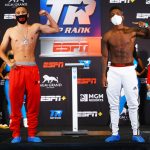 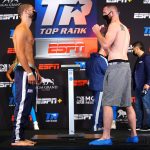 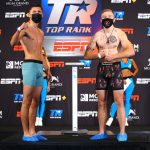 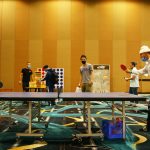 The fight card begins on ESPN at 8 p.m. ET from the MGM Grand in Las Vegas.