The Road to Tokyo 2021: Andrea Medina 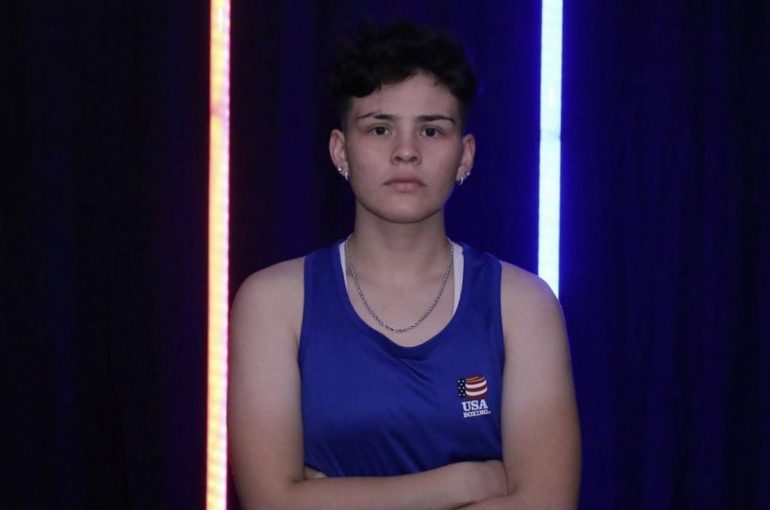 In 2005, Andrea Medina was introduced to karate by her father.

But Medina, then five years of age, noticed something else taking place at a facility next door.

“What’s that? I want to try that,” a curious Medina said.

Her silver medal at the 2019 Olympic Trials may have clinched her a spot at the Olympic Games in Tokyo, which is now set to take place in 2021 in Tokyo. The quadrennial event was slated for this summer but postponed in the wake of the COVID-19 pandemic.

“It would be a dream come true to qualify for the Olympics,” Medina told The Ring. “The next step would be to win the gold medal.”

When Medina first learned how to box, she never thought it would become her life. However, after competing in her first tournament, at the age of eight, she started to think about the bigger picture when more wins and belts began to accumulate.

“It hit me that, ‘Wow. I’m really good at this, and I can make something of it,'” she recalled.

Her father, Juan J. Medina Jr., a former boxer, is the founder of Bound Boxing Academy in Chula Vista, California.

For Medina, family is everything.

“My parents have sacrificed so much for me just to be in a position to reach my goals,” she added. “And for that, I am very grateful. I am also very thankful for my brother and sister, who always came with me to my fights.”

Who was Medina’s favorite fighter growing up?

“I had a few, but there was no one who did it better than Floyd ‘Money’ Mayweather,” she said. “I loved Mayweather because he epitomized what a pure boxer does – hit and not get hit.”

Medina also added that many boxers and trainers today aren’t true students of the game.

“The problem in boxing is right now is that there are a lot of trainers who aren’t doing enough and are not that experienced,” she continued. “I’m talking about the guys that just hold the mitts. You can find anyone to do that. That’s not helpful.”

It is also a pet peeve of her father’s, who was supposed to turn professional before a car accident changed his career path.

“That’s something my dad cannot stand. It drives him nuts,” she disclosed.

And Medina is also candid about her strengths and weaknesses.

“I have solid hand speed, and I have strong fundamentals,” she said. “I also have to say my work ethic is excellent. I’m focused, and I always give 100-percent in training.

But the amateur standout admits that the area where she needs most improvement is the same area where her idol, Mayweather, excelled.

“I need to get in and out quicker and improve my defense,” Medina admitted.