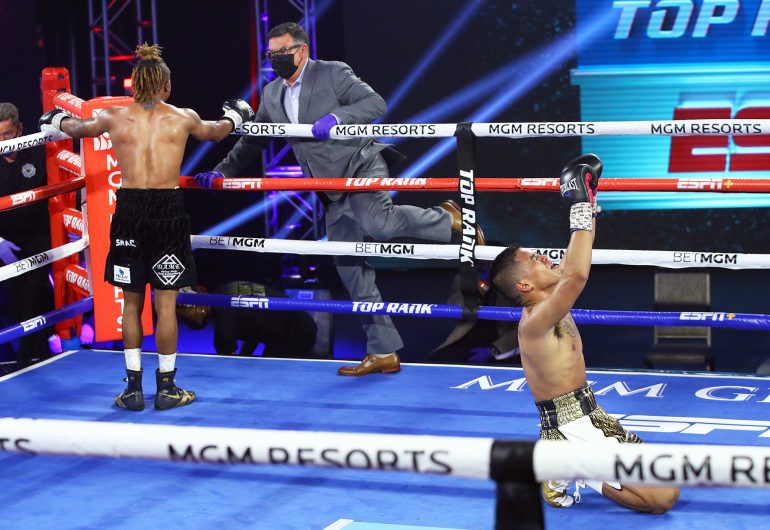 Mike Plania made the most of his opportunity Tuesday night.

Greer, who entered the fight ranked No. 7 by The Ring, was considered a significant favorite to win Tuesday. He was also the mandatory challenger to face WBO bantamweight titleholder John Riel Casimero and was hopeful to land a world title shot with a victory.

Plania entered the Greer fight having won his previous eight bouts. Originally from General Santos City in the Philippines and now living and training out of Miami, Plania came in full of confidence that he was able to pull off the upset victory.

The taller Plania set the tone from the opening bell. Midway through the opening round, Plania dropped Greer with a left hook to the head. Greer was not visibly hurt after getting up from the knockdown and was able to fight on. 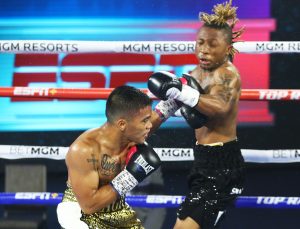 Throughout the first half of the fight, Plania was consistent with throwing and landing a jab and following up with right hands or more left hooks to the head. Greer worked from the outside, but did little to initiate exchanges with Plania.

Towards the end of round 6, Plania scored another knockdown, again dropping Greer with a left hook to the head. Just like the first knockdown, Greer fell flat on his back, but did get back up quickly.

“I thought I could knock him out after the knockdown in the first round, but he was tough and adjusted his strategy,” said Plania.

Greer was the aggressor to start round 7, walking Plania down and connecting with lead and counter right hands and hooks to the head. Greer did his best work during these exchanges until the final bell sounded, but it was too late as he dug himself a hole after Plania won the earlier rounds in the fight.

CompuBox numbers favored Plania as he connected on 119 of 451 total punches to Greer’s 96 of 428 total punches.

Two huge knockdowns set the tone, and Mike Plania pulls off the upset behind a vicious lead left hand ?

Plania yelled in elation, falling face-first to the canvas after he was announced as the winner. Plania, who is promoted by Jim Claude Manangquil, hopes to land another significant fight with his win over Greer.

“This performance is going to change my life,” said Plania through an interpreter after the fight. “I’m always ready but I’ll wait for what my managers decide for my next fight.”

“I think Greer underestimated me. He kept saying ‘Night Night, but tonight, it was ‘Magic’ time.”