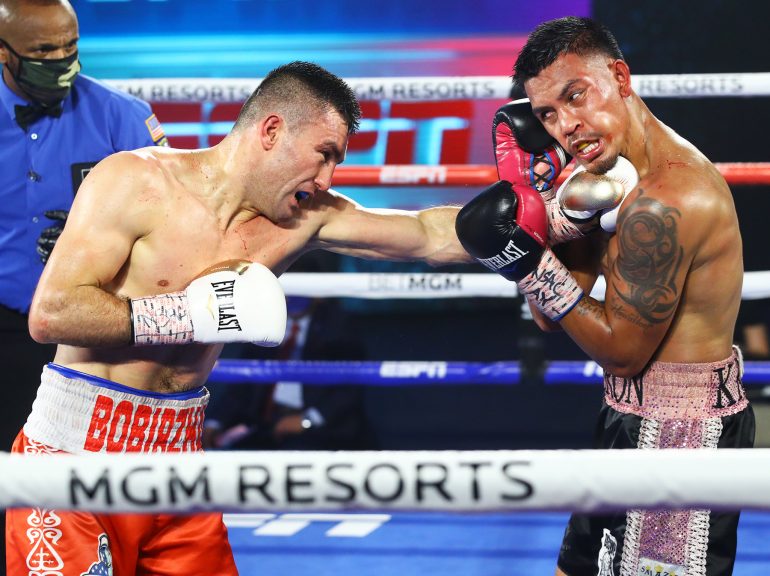 Mominov, who was a sparring partner for Canelo Alvarez, had not fought since defeating Jonathan Steele by unanimous decision in on March 23 of last year. Tuesday marked Mominov’s second fight with Top Rank.

Krael has fought several prospects and fringe contenders in recent years on Mayweather Promotions cards, where he has recently scored upset victories.

From the opening bell, Mominov closed the distance between the two fighters, connecting with several combinations to the head and body. Krael was content to stand in the pocket to trade with Mominov.

With about a minute left in round three, Mominov stunned Krael with an overhand right to the head, but he did not follow up as Krael was momentarily disoriented. Krael was game, finding success in spurts, but Mominov’s punches began to take their toll on Krael.

Mominov was deducted a point by referee Robert Hoyle in round 6 for landing a punch behind the head of Krael, which he had been warned for earlier in the fight.

Jones drops to 8-2, 3 KOs. The Detroit resident has lost his last two bouts.