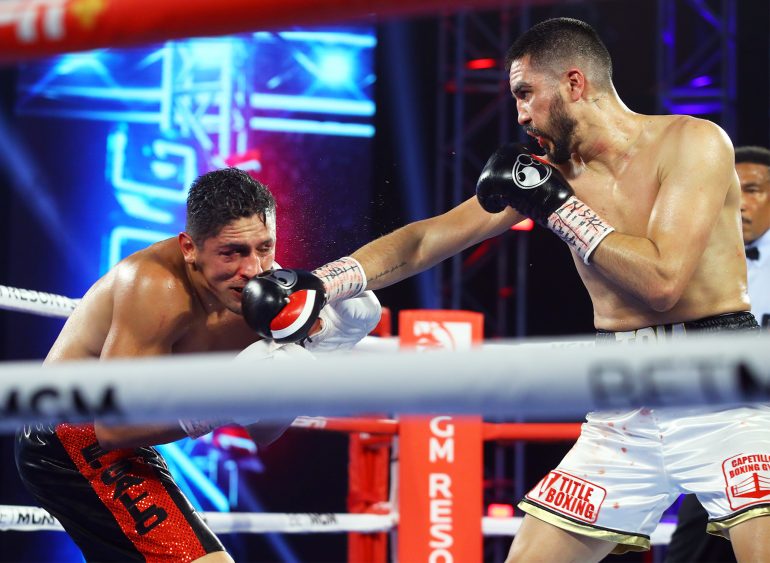 Although Santillan was declared the winner, the consensus amongst viewers watching on ESPN was that DeMarco, a former world lightweight titleholder, did enough to win by outboxing Santillan throughout much of the fight.

Despite having lost five of his previous seven fights, DeMarco represented a significant step-up in opposition for Santillan and figured to provide a tough test. Five of DeMarco’s previous losses were to contenders or former world titleholders at 147 pounds.

After a feeling-out opening round between the two southpaw fighters, Santillan began to let his hands go, choosing to stay in the pocket and trade with DeMarco in the center of the ring. That tactic seemed to work in favor of DeMarco as he was able to counter Santillan with left uppercuts and right hoods to the body. 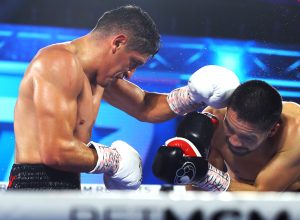 As the bout progressed into the middle rounds, DeMarco landed the more-effective punches, timing Santillan with an array of lead or counter punches to the head. A series of uppercuts by DeMarco produced blood from Santillan’s nose in round six, forcing Santillan to fight off his back foot.

Santillan would attempt to walk DeMarco down during much of the second half of the fight, but DeMarco did his best work with his back against the ropes, connecting combinations to the head and body of Santillan. Sensing he was down in the fight, Santillan was on the attack during the final two rounds, increasing his punch output and connecting more punches.

CompuBox numbers reflect a close fight, but favoring DeMarco, who threw 537 total punches, connecting on 159 of them. Santillan landed 150 of 476 total punches.

Santillan stated he would learn from his mistakes in the DeMarco fight.

“I learned a lot about myself on what I have to work on,” said Santillan after the fight. “I haven’t fought someone at this level. I got a lot to gain from this fight. I knew it was a close fight, but I felt like I did enough solid work in there to pull out the win.

“He never hurt me at any point in the fight, but he used his experience in there. He’s a former world champion who has been in there with the best of the best. I want to get back in the ring as soon as possible and use this experience to my advantage.”

DeMarco, who is originally from Los Mochis, Mexico and now resides in Lakeside, California, drops to 33-9-1 (24 KOs).