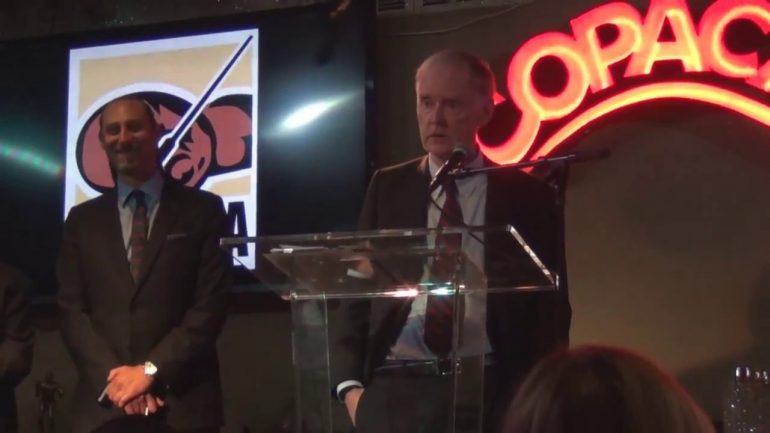 Bill Gildea, a superbly talented writer, died on Sunday at age 81 from pneumonia and complications of Parkinson’s disease.

Gildea worked for The Washington Post from 1965 until his retirement in 2005. During that time, he covered virtually every major sports spectacle including more than fifty fights. In 2015, the Boxing Writers Association of America honored him with the Nat Fleischer Award for Career Excellence in Boxing Journalism.

Gildea’s most important boxing writing came after his retirement as a journalist. In 2012, Farrar Straus & Giroux published his meticulously researched work, The Longest Fight. 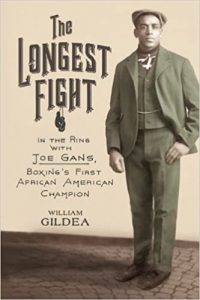 The book was keyed to the historic first fight between Joe Gans and Battling Nelson in Goldfield, Nevada, on September 3, 1906. There had been “mixed race” fights in America before Gans-Nelson, but never one of this magnitude. The bout attracted national attention. Arrangements were made for round-by-round summaries to be disseminated by telegraph throughout the United States. The fight lasted two hours forty-eight minutes, making it the longest championship bout of the twentieth century. It began in the Nevada desert at 3:23 PM under a broiling sun with temperatures in excess of one hundred degrees and ended at 6:11 PM. Gans dominated for most of contest. The granite-jawed Nelson fouled repeatedly while being beaten to a bloody pulp and was disqualified for flagrant low blows in the forty-second round.

The Longest Fight recreated a sense of time and place and crafted a moving personal portrait of Gans. It also put Gans-Nelson in context in a way that rings particularly true today.

“Gans,” Gildea wrote, “was the first African American boxing champion. But his achievements in the ring are not foremost in this story. They frame the story, the heart of it is this: what it was like a century ago to be black in America, to be a black boxer, to be the first black athlete to successfully cross the nation’s gaping racial divide, to give early-twentieth-century African Americans hope. Gans was the first African American, after horse racing’s early black jockeys and the cyclist Major Taylor, whose athletic ability even hinted at the possibility that sports could be a springboard for racial justice in American life.”

Writing about boxers, Gildea once observed “We everyday people say quit while you’re ahead. We may miss them, but we are spared watching their diminishment.”

Bill had a difficult last few years. Those who loved him bore witness to his physical diminishment. But he was a wonderful writer and a terrific guy.

Thomas Hauser’s email address is [email protected] His most recent book – A Dangerous Journey: Another Year Inside Boxing – was published by the University of Arkansas Press. In 2004, the Boxing Writers Association of America honored Hauser with the Nat Fleischer Award for career excellence in boxing journalism. He will be inducted into the International Boxing Hall of Fame with the Class of 2020.