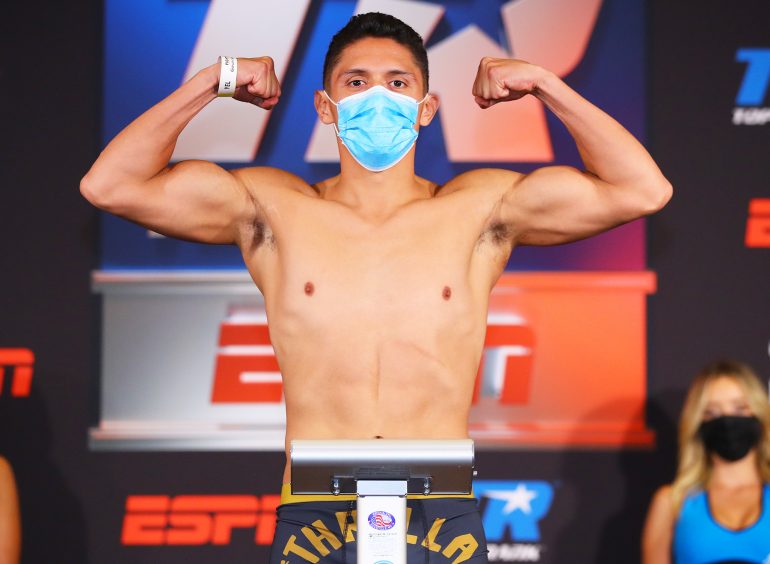 Two years ago, Giovani Santillan was considered one of the top prospects at 147 pounds. Unfortunately, managerial issues kept him out of the ring, hurting his progression towards contender status.

Santillan has since hired a new manager, signed a co-promotional deal with Top Rank and could pick up where he left off with an impressive victory over a former world titleholder.

The unbeaten Santillan will square off against Antonio DeMarco Tuesday night at the MGM Grand Conference Center in Las Vegas, Nevada. The 10-round bout will open the ESPN broadcast (8 p.m. ET/ 5 p.m. PT).

Santillan’s fight against DeMarco will mark his fight under a co-promotional deal with Top Rank. He will also be promoted by Thompson Boxing Promotions, whom he has been represented by since 2014.

The 28-year-old has not fought since a second round knockout victory over Wilfredo Buelvas on November 22 in Ontario, California. It was his first fight since April 2018, when he knocked out Mexico’s Alejandro Barboza in the second round.

During the 19-month layoff, Santillan reportedly had disagreements with management. Targeted return dates to the ring were never finalized, frustrating Santillan, but he continued to train with his father, even working with clients as a fitness trainer at a gym in San Diego, where he currently resides.

“It had been a while (since I was in the ring),” Santillan told The Ring in a recent interview over the phone. “It was great to be back in the ring and get the ring-rust out. I got my opponent out of there in less than two rounds. Now I know the competition will be tougher for my next fight.” 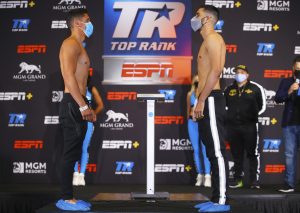 DeMarco (33-8-1, 24 KOs), who is originally from the boxing hotbed of Los Mochis, Mexico and now resides in Lakeside, California, will be toughest opponent on paper Santillan has faced thus far in his career. Although he is on the downside of his career, DeMarco did pull off an upset victory recently, knocking out previously-unbeaten Eddie Ramirez in October 2017.

DeMarco’s most notable victory was a knockout over Jorge Linares in October 2011, winning a vacant world lightweight title in the process. Santillan believes he is ready for DeMarco.

“He’s a boxer-puncher. I know he has a ton of experience. DeMarco has fought top competition, which includes world champions, future contenders, and undefeated fighters. I expect the best Antonio DeMarco and I know he trained hard. I want him to bring the best out of me.”

Tuesday will not be Santillan’s first time fighting on a live telecast. The 28-year-old stopped Sammy Valentin in a clash of unbeaten fighters on a ‘Boxeo Telemundo’ telecast in July 2017.

Santillan is hoping an impressive performance will open doors not only to fight on bigger platforms, but to fight in the San Diego area, where he has fought only once as a pro. Aside from a few club shows, the city has not hosted a significant fight in several years.

“That’s my dream. San Diego hasn’t had a world champion in a long time. I want to be the fighter to bring boxing back to the city and big-time shows. San Diego has amazing fans and I want to fight on a big stage in the city.”

There are a number of top welterweights Santillan can face. He believes he is up to the challenge to face any of the top fighters at 147 pounds.

“I’m excited for this opportunity. I’m ready to fight the best and have no problem facing any of the top fighters. I know there are no easy fights and I’m willing to fight some of the best former champions to then face the contenders in the division.”

“I do want to be on that fast track and fight the tough opponents. I want the best opponents possible.”