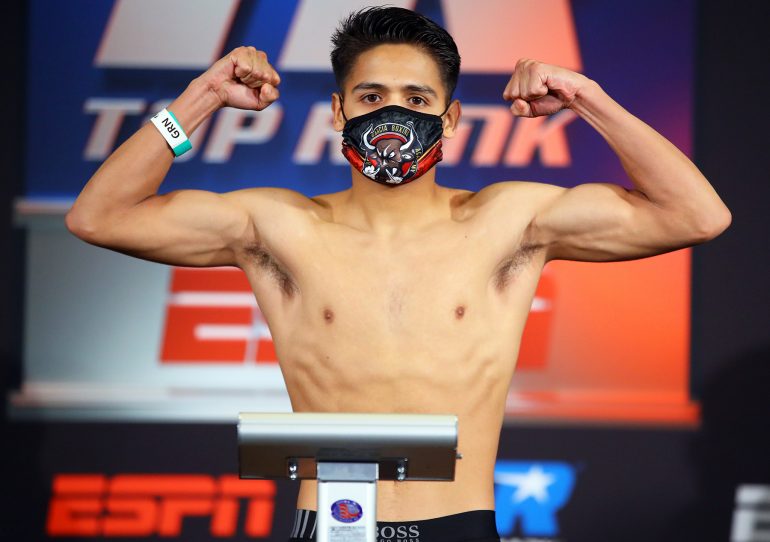 Luis Coria is very lucky to be in the position he is in. Not only does he train alongside some of the best fighters in boxing, but he also gets to spar against some of them.

As if that is not enough, Coria also receives guidance by one of the best trainers in boxing today.

Coria believes he has all the components to pull off a major win and make a statement Thursday night as he faces Adam Lopez at the MGM Grand Conference Center in Las Vegas, Nevada. The 10-round featherweight bout will air live on ESPN (8 p.m. ET/ 5 p.m. PT).

Coria (12-2, 7 knockouts), who resides in the Los Angeles suburb of Moreno Valley, has not fought since knocking out Cristian Renteria almost a year ago. He has won his last three bouts since losing by split-decision to Thomas Valdez in November 2018.

The 21-year-old will face a solid fighter in Lopez, who squared off against former WBO featherweight and current junior lightweight contender Oscar Valdez on November 30 on one day’s notice. Lopez, the son of former contender Hector Lopez, dropped Valdez in round 2, but was stopped later in the fight.

Despite his confidence going into the fight, Coria does respect Lopez’s pedigree and level of opposition.

“I believe that Adam is a good fighter,” Coria told The Ring over the phone Thursday. “He brings a lot of craftiness to the table.”

Coria has had the fortune to be trained by Robert Garcia in Riverside, which is about a 10-minute drive from his house. Aside from receiving guidance and instructions from Garcia, Coria has also sparred fighters who also trained by Garcia.

Coupled with the amount of time with Garcia going over video of previous fights, Coria believes he has benefited from the amount of sparring at Garcia’s gym. 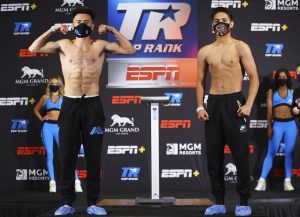 “I have benefited a lot,” said Coria, who turned pro less than two weeks after his 18th birthday. “From Robert, Big G (Eduardo Garcia), Mikey (Garcia), and Pita (Robert Garcia Jr.), they’re always in my ear giving me their opinion and personal experience in boxing, but also outside the ring. As far as sparring goes, it is next level sparring in that gym. It doesn’t matter who you spar. From prospects to contenders to world champions, it just going to push you and make you better.”

Coria has sparred a who’s who at Garcia’s gym.

“I even sparred Vergil Ortiz. We fought as amateurs at 119 pounds. It was a dog-fight. When he is asked who his most difficult fight was in the amateurs, he’s always going to say ‘Louie Coria.’ Now he’s huge. Literally.”

Despite a few bumps in his young career, Coria believes he is on his way to becoming a top fighter at 126 pounds. With the amount of sparring he has received against top fighters and having Garcia as his trainer, Coria is full of confidence going into his fight against Lopez.

“(Thursday) is the biggest fight of my career so far and I want to show that Im ready to take my career to the next level.”