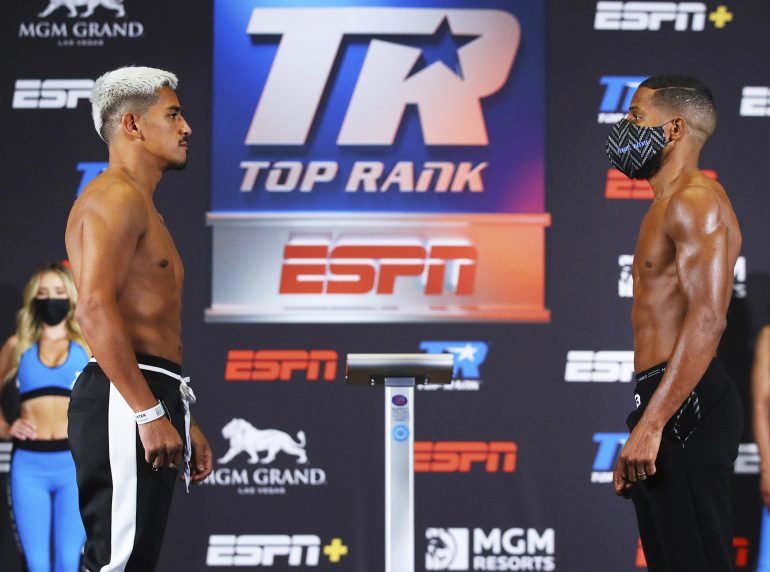 Both Jessie Magdaleno and Yenifel Vicente made the contract weight of 128 pounds for Thursday night’s 10-round bout at the MGM Grand Conference Center in Las Vegas, Nevada (ESPN, 8 p.m. ET/ 5 p.m. PT).

At Wednesday’s weigh-in, Vicente weighed in at 126.5 pounds. Magdaleno initially weighed 128.2 pounds, but later returned to the scale to weigh in at 127.9 pounds.

Magdaleno (27-1, 18 knockouts), who is the ranked No. 9 by The Ring, defeated former world title challenger Rafael Rivera in his last bout on August 17. The 28-year-old has won his last two bouts since his knockout loss to Isaac Dogboe in April 2018, losing the WBO junior featherweight title in the process.

The Las Vegas resident is the younger brother of former world title challenger Diego Magdaleno and is managed by Frank Espinoza. 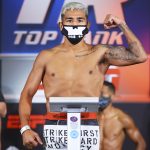 Jessie Magdaleno weighed in at 127.9 lbs 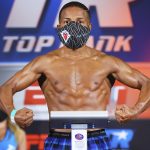 Yenifel Vicente weighed in at 126.5 lbs 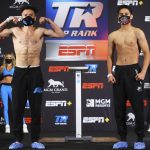 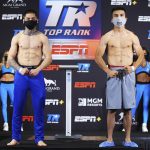 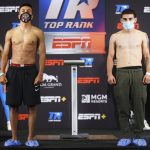 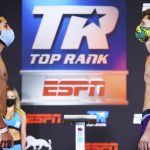 Bryan Lua made the weight at 134.8, but the fight was canceled after his opponent Dan Murray came in heavy at 141 pounds.

Vicente (36-4-2, 28 KOs), who is originally from the Dominican Republic and now resides in Miami, Florida, knocked out Rodolfo Hernandez Montoya in round 4 of his last bout on October 26. The fight came three months after losing by decision to unbeaten Tramaine Williams.

In what should be a competitive fight, Adam Lopez will square off against Luis Coria in a 10-round featherweight bout.

Lopez (13-2, 6 KOs), who resides in the Los Angeles suburb of Glendale, faced Oscar Valdez on one-day’s notice on November 30, dropping Valdez in round 2 before he was eventually stopped. He is trained by James ‘Buddy’ McGirt.

Coria (12-2, 7 KOs) has stopped his last three opponents since his split-decision loss to Thomas Valdez in November 2018. He is trained by Robert Garcia and resides in Moreno Valley, California.

A pair of four-round bouts will round out the Top Rank card.