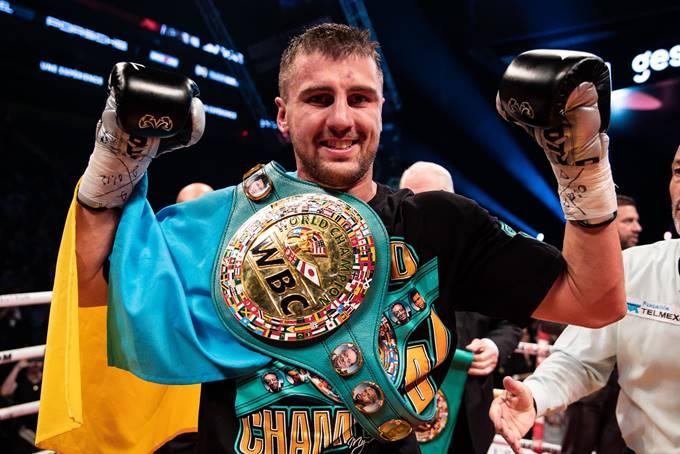 Less than a year after suffering his first professional defeat, former WBC light heavyweight titleholder Oleksandr Gvozdyk shockingly announced his retirement at the age of 33.

Top Rank CEO Bob Arum, who promoted Gvozdyk for much of his pro career, had nothing but praise for the 2012 Olympic bronze medalist from Ukraine.

“It was a true pleasure to have promoted his boxing career,” Arum said. “He is a very splendid young man. Not only was he an excellent fighter, but he is also one of the most intelligent, intellectual fighters I have ever met. He is going to do very well in his next endeavor.”

Although Gvozdyk only had 18 pro bouts, he quickly established himself as one of the top fighters in his division. In his 10th fight, he annihilated former title contender Nadjib Mohammedi in two rounds. Gvozdyk would then go on to face two former title contenders in a row and destroyed the likes of Tommy Karpency and Isaac Chilemba.

On December 1, 2018, Gvozdyk (17-1, 14 knockouts) faced long-reigning champion Adonis Stevenson and made a statement with a vicious 11th-round knockout to win the WBC title. He made one successful defense in March 2019 when he stopped Doudou Ngumbu in five rounds in Philadelphia.

Gvozdyk lost the title last October when he was stopped by undefeated IBF 175-pound titlist Artur Beterbiev in an anticipated unification bout. Arum assured The Ring that the brutal defeat had nothing to do with his decision to hang up the gloves.

“He has graduate degrees, and there are a lot of things he can do outside of boxing,” he continued. “Gvozdyk is not an ordinary kind of fighter. This is a really educated man, and I wish him the best in his future.”

“He’s a very smart guy, so he thinks it’s going to be inconvenient for him to do that kind of business and box at the same time,” Klimas said on Tuesday afternoon. “So he needs to give himself 100% to boxing or business. So he decided to do that.”