Randall Bailey reminisces on his most devastating knockouts 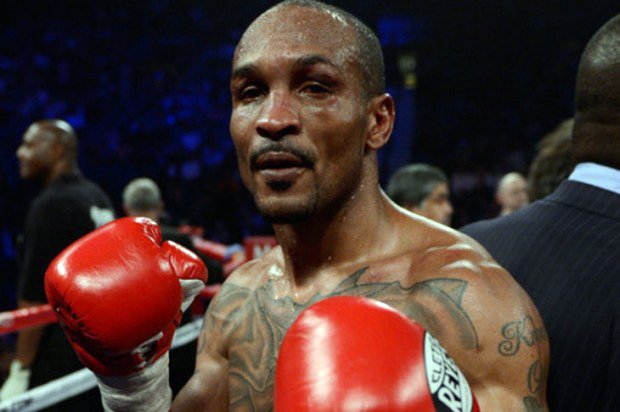 When he was a high schooler, no older than 14 or 15, Randall Bailey knew there was something different about his punching power. After his amateur fights, which he’d often win by knockout, the officials would take him from the ring to the backroom to inspect his hand wraps and gloves to make sure there was nothing illegal in them.

Underneath the wraps, they’d find nothing but bone and skin.

The Miami resident wasn’t called the Knockout King because it rolled off the tongue. During a 20-year career, which spanned 1996 to 2016, Bailey was one of the sport’s hardest punchers pound-for-pound, scoring 39 knockouts in his 46 wins, against 9 defeats, while winning the WBO junior welterweight and IBF welterweight titles.

“Randall has the unusual one punch knockout power that can end a fight in a moment’s notice,” said Joe Quiambao, the matchmaker who worked with Bailey during his time at DiBella Entertainment.

While much of his power was innate, Bailey says one move, taught to him by Tommy Brooks when he came down to Miami to train Freddie Pendleton for the Tracy Spann rematch in 1993, that helped him maximize his power.

“Tommy pulled me to the side and said I want you to practice this one little step that he showed me, and this is gonna increase your power ten times over,” remembered Bailey. He practiced it every day, and studied tapes of Evander Holyfield, who did the same move, often while bouncing on his toes: back foot, hip and right hand, all twisting at the exact same moment.

“As far as body strength, I’m not in the gym lifting weights. I just think my power comes from the way I use my body rotation into my punches. The turning of the hip and twisting of the punches, that’s bringing all of my power behind my punches,” said Bailey.

Another fighter he’d study was Felix Trinidad, watching the way he moved his feet to set up his punches. “He didn’t do full swings with his back foot, he did half swings. That would always leave him in position to throw a power shot from any angle. I picked that up, so I wouldn’t have myself too far or too close, it always left me in the right position to throw a power shot,” said Bailey.

Now 45, Bailey is retired from the ring, and drives a truck in South Florida. Since the coronavirus pandemic began, his job has become more dangerous, as he transports the belongings of people who had died from COVID-19 from the funeral homes. Doing so requires wearing gloves and masks and exercising greater caution.

“As long as they have it packaged properly, you gotta throw it on the truck,” he says.

While listing his five greatest knockouts, Bailey says two of them, Demetrio Ceballos and Francisco Figueroa, particularly bothered him because of how violent they were. The first one on the list, Carlos Gonzalez, and the last one, Mike Jones, were 13 years apart, demonstrating the resilience of his punching power.

A year ago, Bailey was scheduled to make his bare knuckle boxing debut, but the fight fell through. What would have happened if Bailey had the chance to hit someone without the cushion of a boxing glove?

“I used to tell people I street fight better than I box,” said Bailey. “God saved that guy, he was gonna get brutally punished.”

“I took that fight on two weeks notice. Vince Phillips was supposed to be the opponent for him but Vince Phillips fell out. It was in Miami and I was there in Miami. I guess they thought I was young, 18-0 with 18 knockouts, and felt like I hadn’t fought nobody and it would be a good match for him. But it didn’t turn out that way.

“I had some fights before, I just knew I was gonna knock him out. At that time I was always in the gym, they would call me on two weeks notice for a lot of fights because I stayed in the gym all the time. My walk around weight is 147 pounds so I made the 140 pound limit easy.”

On the knockout punch: “Just staying low, not coming up. Being in the gym with Freddie, Uriah Grant, Jose Ribalta, I was in the gym with a lot of pros that were pretty good. Everybody would give me just a little bit of everything.”

Result: Bailey won by knockout in 41 seconds of the first round to win the vacant WBO junior welterweight title.

“After that fight it kind of bothered me a little because the man was just laying there with his eyes open but pretty much out of it. When we left the ring, I don’t know how we ended up in the same dressing room where the showers were. The man thought he was gonna go back out and fight again. It messed with me in the head. I would kind of slack on training because if I go too hard, I just felt like I would probably end up killing somebody. That would make me not want to do as much as I would have punching advantages in a lot of fights.

Randall Bailey’s frightening third round knockout of Demetrio Ceballos back in 2002. Bailey said he was legitimately worried for him after the KO. #boxing pic.twitter.com/ylud6XyDLT

“I used to watch Demetrio Ceballos and this other fighter spar, this was even before I started boxing down in Miami on 36th Street. They had a Spanish Gym down there. And when I tell you, man, these two guys, they used to spar, this is some shit that should have been on TV. When they offered me the fight I thought this guy is gonna be kind of tough because I used to watch him.

“When I get in the ring with somebody, it just takes me a limited time to figure out what we’re gonna do. That was just my mind state going into the fight. I’m gonna see what he’s gonna do in the first round because I know he’s tough. After that I’m just gonna go ahead and put hands on him.”

Result: Bailey won by third round knockout at the 1:03 mark.

“When he caught me on top of the head in the second round, he had me dizzy but he didn’t have me dizzy to point where I didn’t know what was going on. That’s why I was just trying to move around the ring and he was going so wild that he actually hit me with a punch, he actually tripped me and that just pissed me the fuck off right there. That made me so mad, I made it my point to hit him as hard as I could. I set him up real nice, I just moved his hand because I knew he was trying to get away from the right hand. I just moved his hand out the way and just shot it straight down his throat.

“Up until that fight I used to talk to Frankie on the fight. It just aggravated me a little bit how he was making all these videos and talking all this crap for the lead-up to the fight. I really didn’t think he was gonna take the fight because we were both lined up for the mandatory spot to fight for the title.”

Result: Bailey won the IBF junior welterweight title eliminator by fourth round knockout at the 1:46 mark.

“That fight was the beginning where I started watching tapes because I never used to watch tapes. Let me watch the tape because [trainer John David Jackson] was away training. Bernard [Hopkins] had a fight coming up so John was back and forth. He wasn’t there at the time so I had to start training camp without John there.

“I watched tapes of Bonsu and I forget what fight he fought, the guy, he didn’t react the same after getting hit with hooks. He couldn’t keep his guard up well enough to protect from getting hit with hooks. I said OK, the hook kind of shakes him a little bit.  When I went to camp I started working on angles where I could land the left hook. I really wasn’t looking to land the right hand, I was looking to land the left hook around his guard, and look what caught him. Left hook caught him and put him on his back.”

“That man was scared, I knew he was scared. I told all my friends in Miami, this fight is in Vegas, they got him up, he’s like a 4-1 favorite, give me the money because I’m gonna knock him out. That fight, that was one of the worst training camps of my whole career. Me and John, his head was somewhere else. He had Sergey Kovalev. It’s almost like he threw everybody else in the basket and was banking on Kovalev doing what Kovalev did. I just was not where I needed to be as far as getting ready for a world title fight. I wanted this fight so bad because [Andre] Berto flaked out on me after I stepped aside for him to fight [Jan] Zaveck and I ended up having to wait a whole year before fighting for the title. Everything was just crazy going into that fight.”

On the first knockdown in round ten: “He slowed down a little bit and he stayed still too long, long enough for me to drop that right hand, right perfect on him. After he got saved by the bell, I’m thinking in my head, ‘His trainer is an arrogant dude, he thinks he knows everything, he’s gonna send him after me.’ When the eleventh round began, I threw a wild right at him, just so he could block it, just so he’d get out the way. He starts coming forward, in my head it’s like ABC the way it’s going. He was ducking his head inside his jab so I can’t come around it. He was a sitting duck for the uppercut.

“I never threw not one uppercut in training camp for that fight. Not one. It was just seeing it as the fight was happening because I saw the way he was throwing his jab at me, ducking his head inside so I couldn’t come around on the outside. So that was the only punch.

“I was having a hard time making the weight. After that fight, either I wanted to fight Pacquiao or move up to 154 and fight [Cornelius Bundrage] because he had the [IBF junior middleweight] title at the time. You know boxing and the business, they had their own agenda and I wasn’t in it. They flimflammed me with the Devon Alexander fight. If I didn’t take that fight, ain’t no telling what would have happened. I was just glad Devon said he wanted to fight.

“Manny Pacquiao lost [to Tim Bradley in the main event], so he needed a fight. He was the money man, if he could come off a loss and go right in to fight for another title, why not? But I guess me and my right hand weren’t part of that program.”

Result: Bailey knocked out Jones at the 2:52 mark of the eleventh round to win the IBF welterweight title.