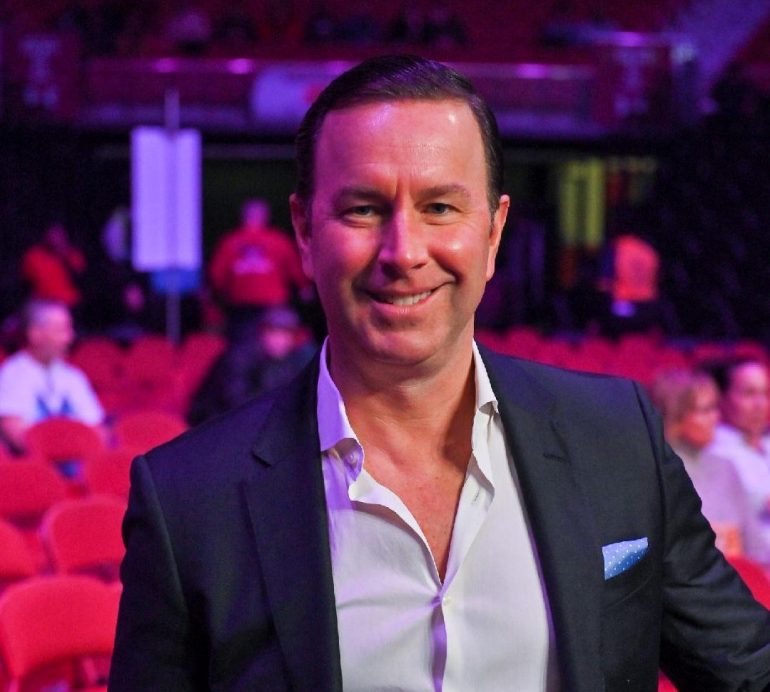 Keith Connolly, the BWAA 2019 Manager of the Year (Photo by Dan Cork)
08
Jun
by Joseph Santoliquito

It’s not that Connolly has anything to hide.

It’s not that Connolly has to cower from anyone.

He won’t tell you that. He won’t admit that. His actions shout it. He got Danny Jacobs a hefty, career-best eight-figure sum to fight Canelo Alvarez last year. He got Adam Kownacki seven-figure paydays for his last couple of fights, including the upset loss to Robert Helenius in March.

Earlier this year, the Boxing Writers Association of America selected Connolly as the 2019 BWAA Manager of the Year.

It’s his first of what could be many.

And to think this calling splintered off from a finance background started with a tap on the shoulder.

Connolly, 47, with a finance degree, just doesn’t fit. It’s easy to see him on a phone, hunched over a desk in a corner Wall Street office making deals. Not creating pacts for fighters with some of the shrewdest people in boxing.

Who knows where Connolly would be if he didn’t follow Jacobs to the 2005 Golden Gloves nationals in Little Rock, Arkansas?

Sitting in the front row with his hands wrapped watching the preliminaries, Jacobs received a nudge on his shoulder. He turned around and was surprised to see Connolly, the same guy he met at the 2004 New York City Golden Gloves. Connolly had promised Jacobs he would be there if he reached the nationals—and he kept his word. 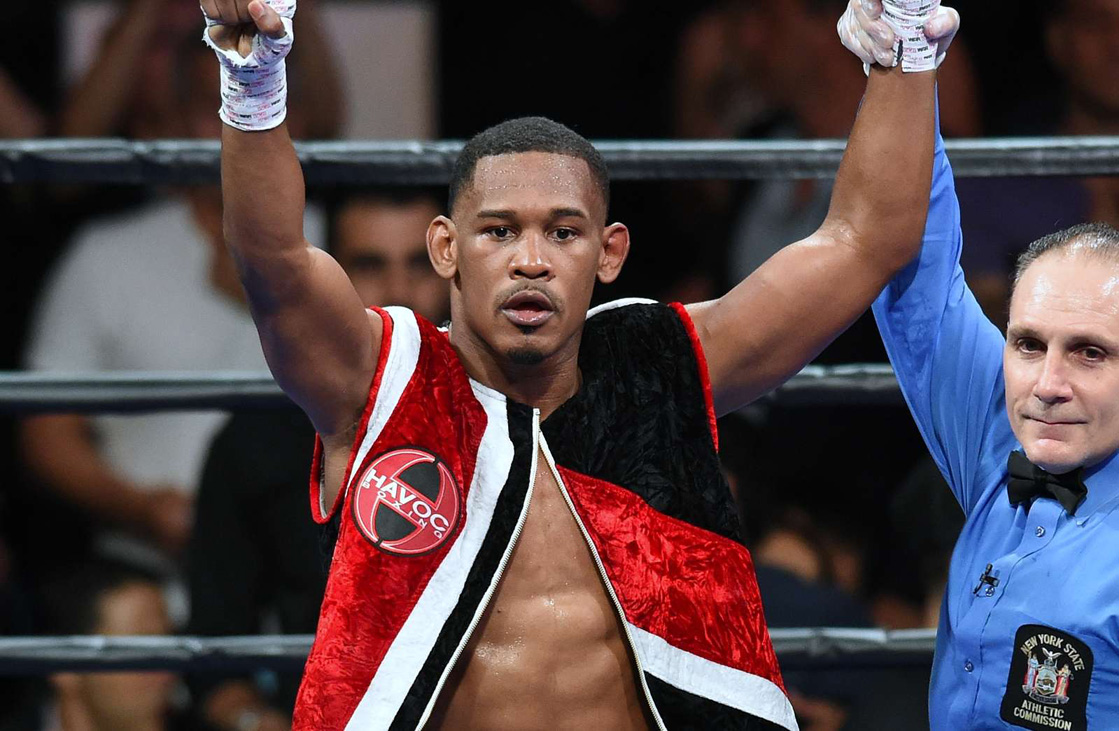 Jacobs was the gateway. Connolly never intended to turn a hobby into a business, but that’s what happened. He’s the vanguard of a new breed of manager who aren’t making deals in smoky backrooms.

“I don’t what prompted me to follow Danny, I saw greatness in him,” Connolly said. “I knew from the moment I laid eyes on him that he was going to be something special, and he’s backed that up.

Numerous boxing insiders say almost verbatim that Connolly is a “genuine guy who really cares about doing the best job for his fighters.” They also say, “he doesn’t care about attention, either.”

He doesn’t have the kind of client roster others have, but he has made his group more money than most.

It stems from a simple philosophy: He has a responsibility to the fighter, and if any move fails, he blames himself.

Connolly grew up watching fights with his father, Patrick, who pointed a projector at a wall so the two could view Tony Zale and Rocky Graziano, and Sugar Ray Robinson and Randy Turpin. He would go with his dad to view closed-circuit fights of Sugar Ray Leonard and Roberto Duran, and Aaron Pryor and Alexis Arguello.

That visceral connection led Connolly to the 2004 New York City Golden Gloves, where he happened to see Jacobs. Connolly immediately called his father, telling him he saw the next Ray Leonard.

Connolly introduced himself to Jacobs, told him that if he had won the Golden Gloves, he would show up to see him at the nationals in Little Rock. That opened the door. Jacobs signed with Connolly in 2007.

“The only way I could describe it is every time I saw Danny fight, there was a certain electricity; it wasn’t by design, it happened,” Connolly recalled. “Danny and I always got along, and I always had his back. He always knew I had his best interest at heart, and when you care about someone and it’s not only business, you work that much harder for them. I thought I could help him. I never intended for this to turn into what it has.

“I’ve always looked at Danny as my little brother. Again, it was never planned. Danny is like family to me. You fight harder when it’s family.

“To me, it is more than business with the fighters I represent. If a move fails, it’s my fault. Never the fighter’s. It’s why I’m always fighting like hell to push my guys in the right direction.”

One boxing insider describes Connolly as a “classy, relentless bulldog. He keeps pushing and pushing, and the next thing you know, the negotiation is over and Keith got pretty much everything he wanted. But with Keith, both sides usually come away pleased. No one leaves the table with any animosity, as you frequently do with other managers.”

Nothing surprises him. If something throws you off the path, Connolly says, then you’re not doing your job. Focus is paramount.

“I’ve been fortunate enough that the people I work with don’t take advantage of the fighters,” he said. “I always tell my fighters, it’s all about relationships and it’s always about working with the right people. I’ve been lucky enough that the majority of my business have been with two guys, Al Haymon and Eddie Hearn, that I could never repay for how good they’ve treated me and my fighters.

“Al, who I consider a mentor, has taught me a lot about the business. I consider Eddie and Al my main partners, but I have also done great business with (Top Rank president) Todd duBoef, too. I probably will work with Golden Boy at some point. I believe in having relationships with everybody.”

Boxing, however, can undergo some changes, especially in the way fights are judged, Connolly notes. He may have a legitimate gripe. Many thought Derevyanchenko beat Gennadiy Golovkin last October. Of those sitting ringside, 17 of 19 writers scored the fight for “The Technician.”

Derevyanchenko’s stock may have risen, but he lost leverage in the loss.

“For these guys to work as hard they do, the judging needs more scrutiny,” Connolly stressed. “I don’t know how you do that, but I think the judging can improve.”

He never actively recruited fighters until recently. Castro was really the first he pursued—and he got him.

Connolly will keep doing his thing. That’s try and keep his profile low; try to avoid attention, which will get increasingly difficult as his success mounts. Compliments make him cringe, like he’s taking a punch.

Currently, Connolly is stuck like the rest of the business world with the COVID-19 pandemic. He’s good, because his fighters are good. He can’t wait until boxing returns to being a great distraction.

And he’ll continue to be driven by the mantra: “When you’re a boxing manager, your primary goal is to change the fighter’s life,” Connolly says. “It’s what makes it that much more gratifying. The goal is to make them more money, and I think I’ve done that for a number of guys.

“Even though it’s a crazy business, it is the most gratifying job that you can have when it’s done the right way. You’re literally changing the course of some of these kid’s lives. That’s what I love about it.

“My other favorite thing is the electricity of fight night when one of your guys is up in the ring. There’s nothing like that.”