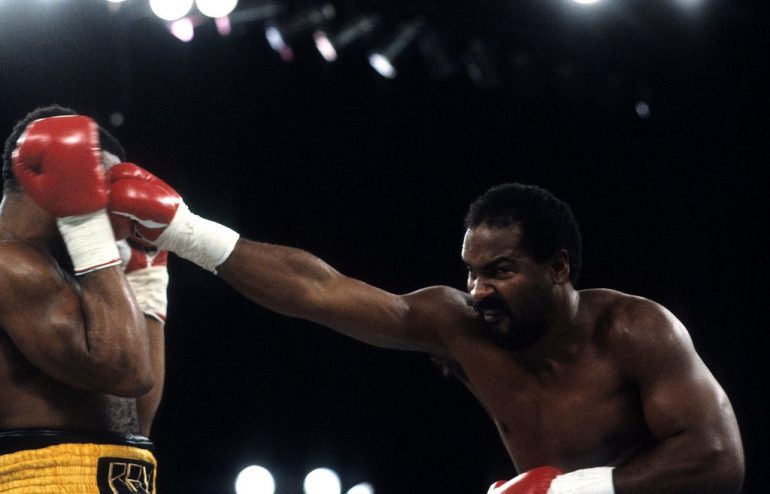 Ossie Ocasio was a cagey boxer who sandwiched a cruiserweight title reign between two spells as a fringe contender at heavyweight and he regularly tested some of the best big men during a 16-year professional career.

Ocasio was born in Santurce, which is on the outskirts of the Puerto Rican capital of San Juan, on August 12, 1955.

“My childhood was very poor; humble beginnings,” Ocasio told The Ring. “I started working at a young age to help support my family, selling fruit and avocados in the streets of Puerto Rico. When I would get hungry, I would eat half an avocado to sustain myself. This was due to the poverty on the island at that time.”

Ocasio wasn’t interested in school but was good at sports.

“In Puerto Rico there were a lot of good boxers, so my interest in boxing began to climb,” he said. “At 17, I decided to drop out of school and take up boxing.

“Although my family was aware of me taking up boxing, at a family meeting I was given the ultimatum to make it in boxing if I was going to forfeit school. This is the reason that I always took the sport so serious, to provide for my family and deliver them out of the poverty we were in.”

“Jaws” had just 14 amateur fights and decided that if he was going to fight, he needed to make money. In February 1976, Ocasio turned professional on the undercard of Muhammad Ali’s world title defense against Jean Pierre Coopman in San Juan.

He moved quickly and gained excellent experience against former world title challenger Jimmy Young, with whom he shared 20 rounds.

“I beat Jimmy Young twice and Young beat George Foreman and lost a controversial decision against Muhammad Ali,” Ocasio said. “And all those that had seen the [Ali] fight knew that Young had won.”

Those wins helped land him a shot at then-WBC heavyweight titleholder, Larry Holmes in March 1979.

“Holmes broke my jaw in the first round,” recalled Ocasio. “And I still continued on [for] seven rounds until Holmes stopped me.” 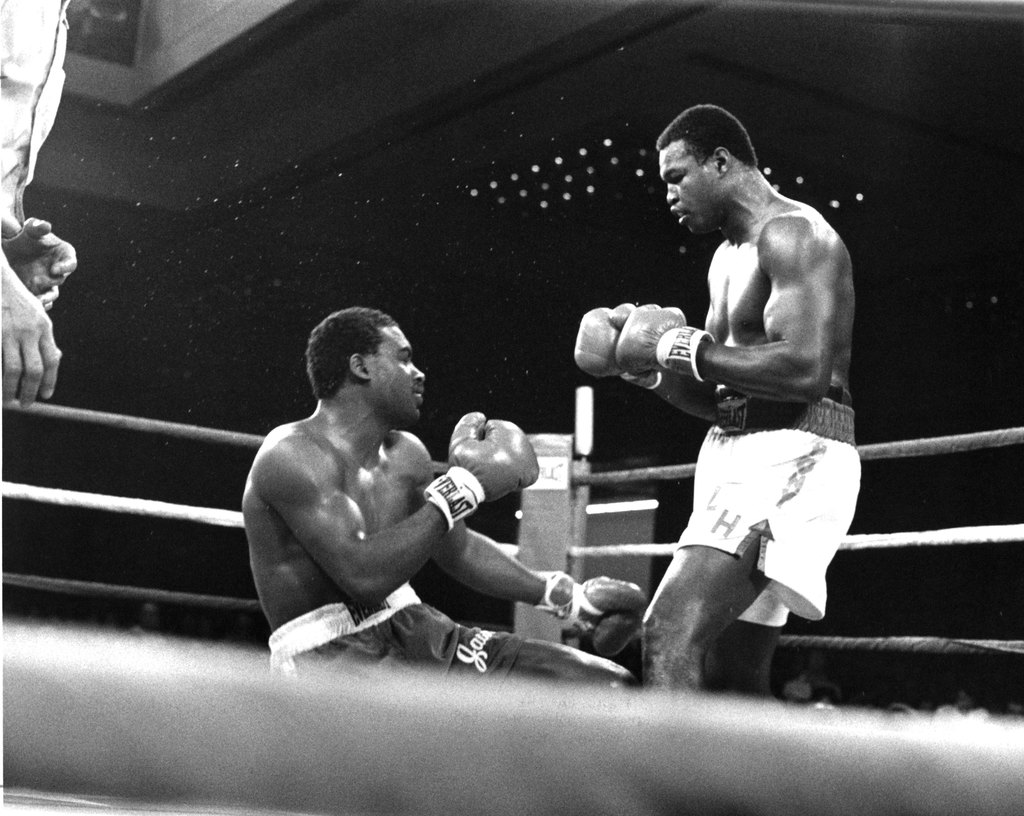 Holmes (right) was too much for Ocasio. Photo from The Ring archive

“The first fight I lost against Dokes due to a controversial decision,” he said. “The world knew I easily beat him.

“The second fight was a mistake on my part due to prideful behavior and not taking the fight serious. That caused me to be stopped by Dokes in the first round and that should have never happened.”

After getting knocked out by John L. Gardner in England, the Puerto Rican battler decided he needed a change.

“After these fights, I realized with good nutrition that I could make it in the [newly formed] cruiserweight division,” Ocasio explained. “So I ended up fighting in South Africa for the [inaugural] WBA world title against Robbie Williams. I beat him by unanimous decision.

“This meant everything to me. To be able to represent my island and its flag, raising it high and bringing hope to my people. To go fight in his country, in his house, and to come from so far; a poor kid from Puerto Rico, proving to my family and the world what I had promised so long ago.”

Ocasio made three defenses of his title, including a homecoming triumph over the John Odhiambho, before losing the title back in South Africa to the unbeaten Piet Crous in December 1984. He fought four times in South Africa during the height of apartheid but never felt the tension of that era.

“The political situation of apartheid in South Africa never affected me directly,” Ocasio explained. “Being an athlete, I was privileged to receive nothing but respect.

“Although I was told that in Africa and England I would never be accepted because of the white and black issues, these were the two places that showed me the most love.”

Although Ocasio edged past Dwight Muhammad Qawi, it was in highly controversial fashion. And next up was the brilliant unified cruiserweight titleholder Evander Holyfield who stopped him in 11 rounds.

Ocasio moved back up to heavyweight, and after edging past Pierre Coetzer, he lost a direct rematch and morphed into a high-level gatekeeper. Now a veteran, he gave future world titleholders Ray Mercer (L SD 8), Bruce Seldon (L UD 8) and Lennox Lewis (L UD 8) solid workouts.

“When I went to England the treatment was the best,” Ocasio recalled fondly. “All the accommodations were top notch, even after losing, all the people openly embraced me, which is something I am not used to, especially from another country.

“Due to Lewis being so one-dimensional at the beginning of his career, I never thought that he would become a heavyweight champion. He later exceeded my expectations, becoming one of the greatest heavyweights of all time and, in the process, he made me one of his greatest fans.” 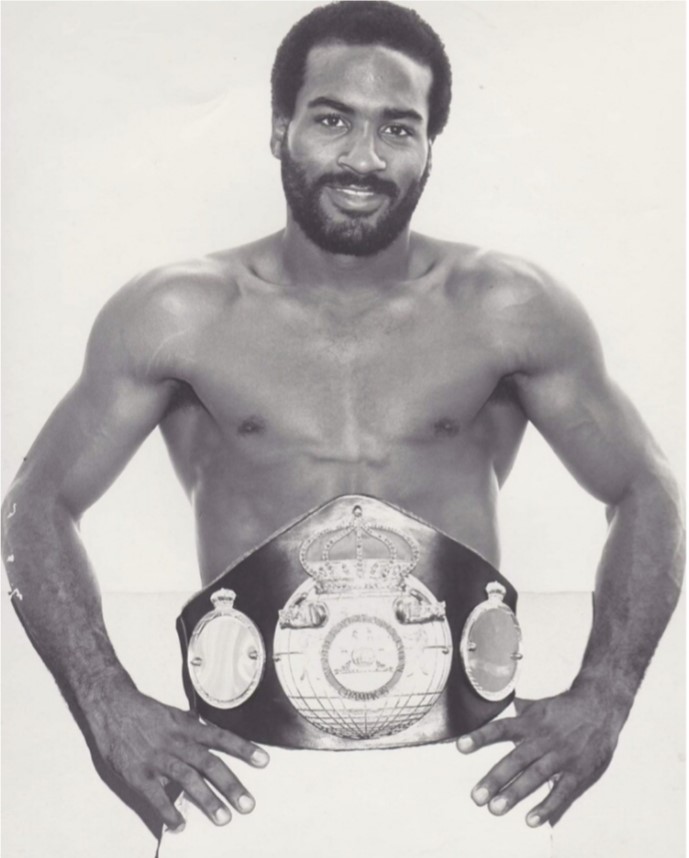 “Unfortunately, like many fighters, I lost all of my money due to trusting poor management and promoters,” Ocasio admitted. “I became a truck driver for some time until I became disabled due to many operations and was forced to retire. I rely on disability.

“I now enjoy sharing my story with the younger generations, encouraging them to stay in school and get a decent education. If they should pick boxing, which is still a great sport, I try to give them advice on their finances and whom to trust while being in the business.

Ocasio, now 64, lives in Orlando, Florida. He is married and has seven children and seven grandchildren.

“When I was a world champion, people use to carry me and have parades in Puerto Rico and New York,” he said. “Now that I am a nobody people have forgotten about me . . . but thank you for remembering me.”

BEST JAB
Evander Holyfield: He had the most powerful jab and you could not see it coming. Holmes had a good jab, but it was not the reason for the loss. I broke my nose in the first round, making it hard for me to breathe. This affected my whole game plan. Bruce Seldon was fast but not in comparison with Holyfield.

BEST DEFENSE
Holyfield: He was a fighter who moved in angles, making it hard to hit him.

BEST HANDSPEED
John Odhiambho: He had speed but it was an awkward speed and undetectable.

BEST FOOTWORK
Holyfield: He moved as if he was dancing, he was a masterpiece.

SMARTEST
Holyfield: He had Lou Duva in his corner. Duva was one of the greatest managers and coaches in boxing. He was one of the greatest minds in the sport, and me not having the best corner during the Holyfield fight contributed to that loss. Duva also had the best team of fighters for the era: Holyfield, Mark Breland, Meldrick Taylor, Pernell Whitaker and John John Molina.

STRONGEST
Lennox Lewis: When I hit Holyfield and Lennox Lewis it felt like hitting brick. Lewis had reach and was physically strong. Holyfield was a complete fighter.

BEST CHIN
Jimmy Young: I had heavy hands and after hitting Young with everything I had he was still standing.

BEST PUNCHER
Michael Dokes: He stopped me in the first round, I saw stars that day (laughs.) Lewis strong, straight-right, he knew how to elevate his power from the right. Holyfield knew how to calibrate every punch, using position and power. Holmes had strength and power.

BEST BOXING SKILLS
Holyfield: He was a complete fighter and ended up beating almost 99-percent of the fighters he fought.

BEST OVERALL
Holyfield: He was one of the greatest I ever had the pleasure of stepping in the ring with. Lewis was young and one-dimensional at the time, however, he would later develop and become a superstar. Holmes was a good fighter, but he was a stand-up fighter, straight, not moving in angles.

Ocasio’s nephew, Tito “Tiburon” Ocasio, himself a former fighter, helped co-ordinate and translate this feature. The Ring appreciate his assistance.