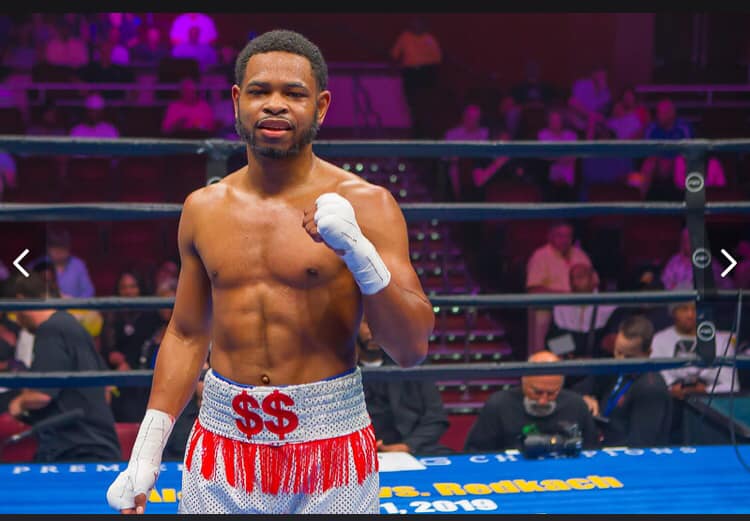 Both fighters now fight under the ‘First to Fight’ management company, which is run by the WBO junior lightweight titleholder Herring and Jerry Casarez.

Simpson, who resides in Chicago, Illinois and was fighting for the first time since defeating Samuel Gutierrez on August 31, dropped Dakota Laster with a counter left hook to to the head. Laster beat the count, but was dropped again by a shot to the body. Referee Nick Berens stopped the bout at 1:18.

“It felt great to get back in the ring after not fighting for 10 months,” Simpson told The Ring after the fight. “(Laster) came out strong and wild, but I knew with my skills and timing that I would be able to get to him and slow him down.”

Here is basically the recap of my fight tonight 12-0 baby ? pic.twitter.com/kH3jo0aZBn

“Being in Nebraska working with Jamel and Desmond was great for me in getting in shape. I can’t wait to see what’s next for me and the team and we (are) ready to get back in the ring.”

Jarmon (9-0, 5 KOs) battered veteran Mike Fowler, dropping him three times in round three, all on body shots. The Cincinnati, Ohio resident, who had not fought since January 19 of last year, dropped Fowler again with another punch to the body in round four. Referee Nick Berens stepped in and stopped the bout at 46 seconds.

“It was a great fight,” Jarmon told The Ring after the fight. “I was glad to get the rust off. I felt real sharp, real strong. I want to thank Jamel and I’m only going up from here.”

Casarez told The Ring he is hopeful both Simpson and Jarmon will return to action immediately.

“I’m proud of both Shawn and Desmond. Shawn showed poise by weathering his opponent starting off aggressively. (He) picked his shots and got the TKO (victory).”

“Desmond looked really good for not having fought in over a year. The work with his new trainer ‘Bomac’ (Brian McIntyre) is really starting to show. His future is big at (junior) featherweight.”

Both fights were part of a hybrid card promoted by Carden Combat Sports.