Conor McGregor announces retirement, again, and nobody believes him 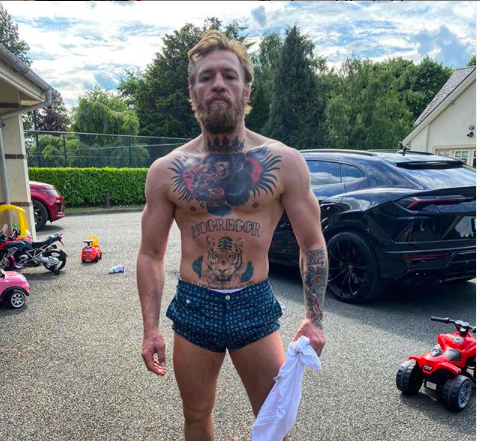 In the new age of media, lines between fact and fiction started blurring more and more as newspapers closed up shop, and layoffs hit the news business.

The reasons for the trend towards shuttering of old media platforms can be discussed at more length another time, but we can point to the fact that newsmakers for the last 15 years have wised up to the fact that they themselves can deliver the news.

Why bother to run it through an intermediary when, as Conor McGregor did on Saturday night, you want to announce you are leaving the fight game?

McGregor, the vastly charismatic Irishman who in recent years has gotten as much ink for out of the cage antics and missteps which have involved law enforcement, told the Twittersphere shortly before 1 AM ET that it’s over.

“Hey guys I’ve decided to retire from fighting. Thank you all for the amazing memories! What a ride it’s been!” 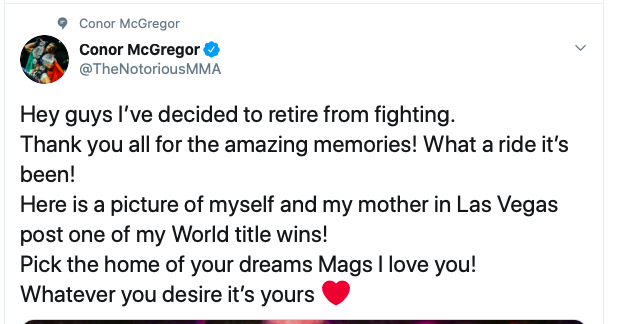 Yeah, no, I dare say there isn’t but a tiny fraction of people who have seen McGregor toiling in the MMA sphere and dabble in boxing that believe he is exiting the stage, and moving on to other endeavors. There is no clamor for him to work full time on that boat deck cleaner he calls whiskey. 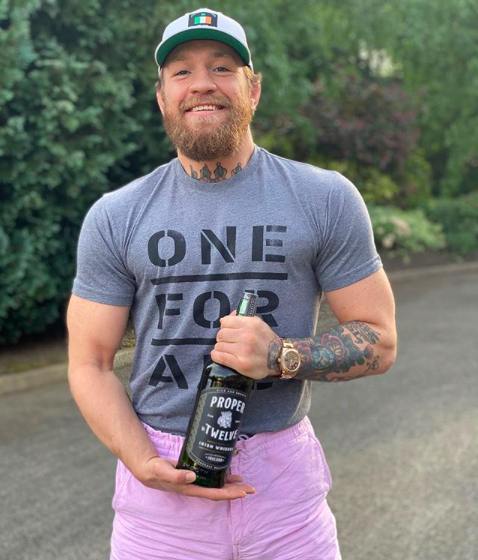 McGregor sells a good deal of whiskey, but will the bottles leaves shelves when he stops exciting people in the Octagon?

And almost no one believes this adieu call because in the 15 years that celebs and athletes have started being their own publishing platforms, the “I’m retiring” alert has time and again been proven to be hollow.

Oh, and by the way, this construct is actually nothing new in the bigger picture in the entertainment world.

Some of you know of the rock group The Who. They achieved massive popularity in the mid 1960s, part of a tidal wave of talent coming out of Britain, with the Beatles and the Rolling Stones. “My Generation,” “I Can See For Miles,” “Pinball Wizard,” and even my kids know “Teenage Wasteland,” which is actually called “Baba O’Riley.” (The band play that song on their ’82 farewell tour, below.)

I am old enough to recall that in the summer of 1982, the band told reporters that this tour was their last. The message was this: See these shows we got coming up, because we will never do this again. The final shows, said lead singer Roger Daltrey, will be “something everyone can be proud of.”

Knock on wood, you could watch how the now 76 year old Daltrey handles the high notes on “See Me, Feel Me” on March 5, 2021, as the band is booked to play an arena in Dublin, Ireland.

Now, no one is thinking that McGregor will be firing strikes as an old man, but will he fight again? I’d bet my house, and yours, on it.

The southpaw from Dublin is 31, and ranked No. 4 at lightweight in UFC. He’s far and away the biggest draw in MMA history, who started with UFC in 2013. He is a marketing wiz, and you saw that in 2017, when he started using his leverage as a draw with incredible effectiveness. He told people he wanted to do different things, and in fact secured a boxing faceoff with Floyd Mayweather. But in 2016, the “retirement” play was already in his repertoire. He was 19-3, but was butt hurt at losing to Nate Diaz at UFC 196. Adios, he told the world, with this Tweet:

In March of 2019, he again Tweeted, “Hey guys quick announcement, I’ve decided to retire from the sport formally known as ‘Mixed Martial Art’ today. I wish all my old colleagues well going forward in competition. I now join my former partners on this venture, already in retirement. Proper Pina Coladas on me fellas!”

That wave goodbye followed a loss, to Khabib Nurmagomedov, at UFC 229.

Not sure how many drinks he bought for strangers, but he was back fighting in the Octagon nine months later.

That retirement, maybe he was seeking leverage to get some equity in the company, he will tell us in his autobiography I’m sure. He handled shopworn Donald Cerrone with ease in January 2020, and anyone want to offer a guess as to when he will re-enter that cage?

UFC’s bossman Dana White is no stranger to how to handle this feint. “Nobody is pressuring anybody to fight,” White told reporters after Saturday’s UFC event. “And if Conor McGregor feels he wants to retire, you know my feelings about retirement — you should absolutely do it. And I love Conor … there’s a handful of people that have made this really fun for me. And he’s one of them.”

Also, White said, the pandemic lock-down has been making people act funny. So, in other words, he’s not going to beg McGregor to come back to the table, and talk about fights with Anderson Silva, or top lightweight contender Justin Gaethje, or Nate Diaz or Nurmagomedov.

But know this, in case you are new to following this sport, or entertainment as a whole. Conor McGregor will be back. They always come back, among my generation and yours.