Fury vs. Wilder 3 could happen in Macau in November or December, says Bob Arum 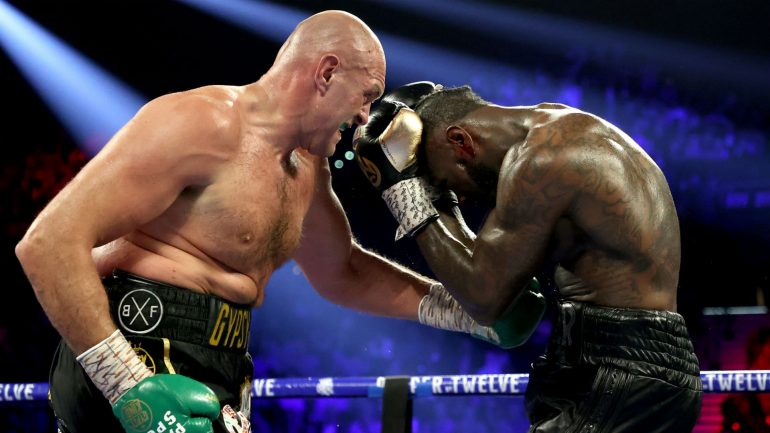 Bob Arum is confident a third bout between Tyson Fury and Deontay Wilder can take place at end of the year with spectators, with Macau and Australia floated as potential options to stage the fight.

The first meeting between the two ended in a thrilling and controversial draw in December 2018. Fury then claimed the WBC heavyweight title from Wilder with a seven-round demolition in Las Vegas in February.

A third meeting had initially been set to take place in July, but the coronavirus pandemic forced a postponement.

Talk has since turned to a unification bout between Fury and British compatriot Anthony Joshua, who holds the WBA, WBO and IBF belts and saw his scheduled fight with Kubrat Pulev delayed because of the COVID-19 health crisis.

The completion of the trilogy with Wilder still appears to be the focus for Arum, however.

“When we postponed the fight in July we punted it to October,” the promoter told Sky Sports. “I then called Fury and told him to forget about October. We’ll try to do it in November or December. We are moving ahead.

“Maybe Macau, which needs to attract customers and has tremendous protocols. They have had, for months now, no cases of coronavirus.

“There are six big casino properties in Macau.

“Our friends in Australia are talking about doing this fight, probably in Sydney. That’s a possibility.”

Arum also talked up the possibility of the fight again being held in Las Vegas, where there is a new potential venue in Allegiant Stadium, home of the NFL’s Raiders.

“I can’t tell you where, but I’m pretty sure we’ll get this event on in November or December.

“We’re not sleeping. We’re working hard to get it done.”