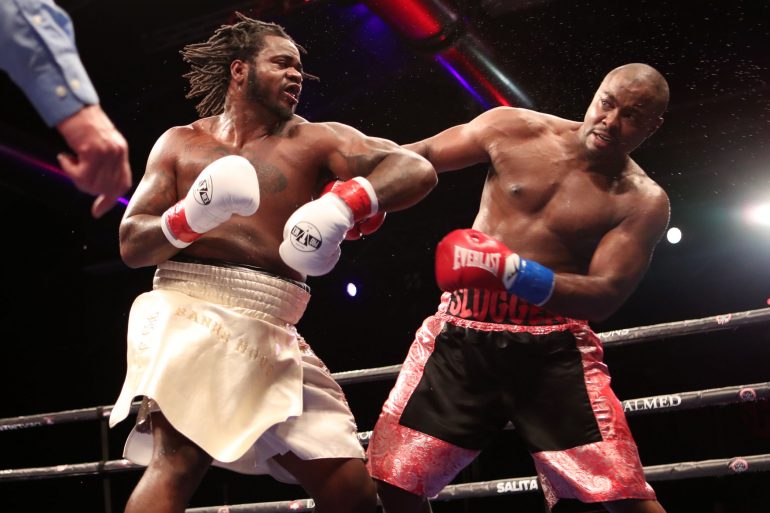 Heavyweight Jerry Forrest has signed a promotional deal with DiBella Entertainment, it was announced Friday afternoon.

Forrest (26-3, 20 knockouts), who is originally from Lafayette, Louisiana and now resides in Newport News, Virginia, last fought on September 14, knocking out journeyman Martez Williamson in Round 2.

The victory over Williamson came two months after Forrest lost a disputed split decision to unbeaten Jermaine Franklin. The next day, Forrest received a phone call from promoter Lou DiBella, who inquired about signing him to a deal.

“Lou called me the day after I lost to Franklin and from then on I knew we’d be working together,” said Forrest. “This is an unbelievable moment for me and my family, not simply because I signed with a promoter, but because of who signed me. Lou was the only promoter that I wanted to be with because of his heart and the man that he is. I can’t wait to make my family proud and make Lou proud. The better I look, the better he looks.”

DiBella believes Forrest can contend in the heavyweight division.

“When I watched Jerry’s fight against Franklin, not only did I think he deserved to win, I saw a fighter with a lot of talent and potential. I’m thrilled to add him to the DiBella Entertainment roster,” said Lou DiBella, President of DiBella Entertainment. “With his size, style and strength, Forrest can be a big player in the heavyweight division.”

Forrest, who is managed by James Hogan and trained by Anthony Chase, had a modest amateur career, compiling a 34-5 record. The 32-year-old won a handful of amateur tournaments, but his highlight was making it to the semi-finals of the Olympic Qualifiers in 2012.

When he’s not in the gym, Forrest is involved in community projects and charitable causes in Newport News, including helping steer inner city youth away from crime and street life. Forrest is active in such programs as Gladiator School Boxing, Together Lives Change (TLC) and the Future Actors and Media Makers (F.A.M.M.) Project, all of which provide kids with academic, athletic and vocational training.

Forrest was scheduled to face unbeaten Filip Hrgovic of Croatia on April 17, but the fight, which was part of the Matchroom Boxing card headlined by Regis Prograis-Maurice Hooker, was postponed due to the COVID-19 pandemic.

With a major promoter behind him and his career moving in the right direction, Forrest believes he can surprise many in the division.

“There are a lot of good fighters in the heavyweight division right now, but I believe that I train harder than any of them. I’m an old school gym rat. Like Muhammad Ali said, ‘Suffer now and live the rest of your life as a champion.’ I love the craft of boxing and I have a calculated style, but I also have that killer instinct inside of me. I know that I can compete at the top level.”