Shakur Stevenson may own the WBO featherweight title, but he believes he has yet to hit his ceiling as a fighter.

Following an eight-and-a-half month layoff, the 22-year-old is just glad to be back in the ring and will square off against Felix Caraballo of Puerto Rico Tuesday night at the MGM Grand Conference Center in Las Vegas. The 10-round non-title bout will air live on ESPN (7 p.m. ET/ 4 p.m. PT).

This will be Stevenson’s first fight since October 26, when he defeated Joet Gonzalez by one-sided 12-round unanimous decision to claim his first world title. He was originally scheduled to make a homecoming defense against Colombia’s Miguel Marriaga on March 14 inside the Hulu Theatre at Madison Square Garden, which is located across the Hudson River from Newark, New Jersey, where he grew up.

That fight was canceled due to the COVID-19 outbreak.

“I was disappointed the fight was canceled,” Stevenson told The Ring in a recent phone interview. “I had a lot of family and friends who were going to be at the fight. I understand the whole situation with the virus, that’s just the way it is, but I’m glad a fight was made for me.” 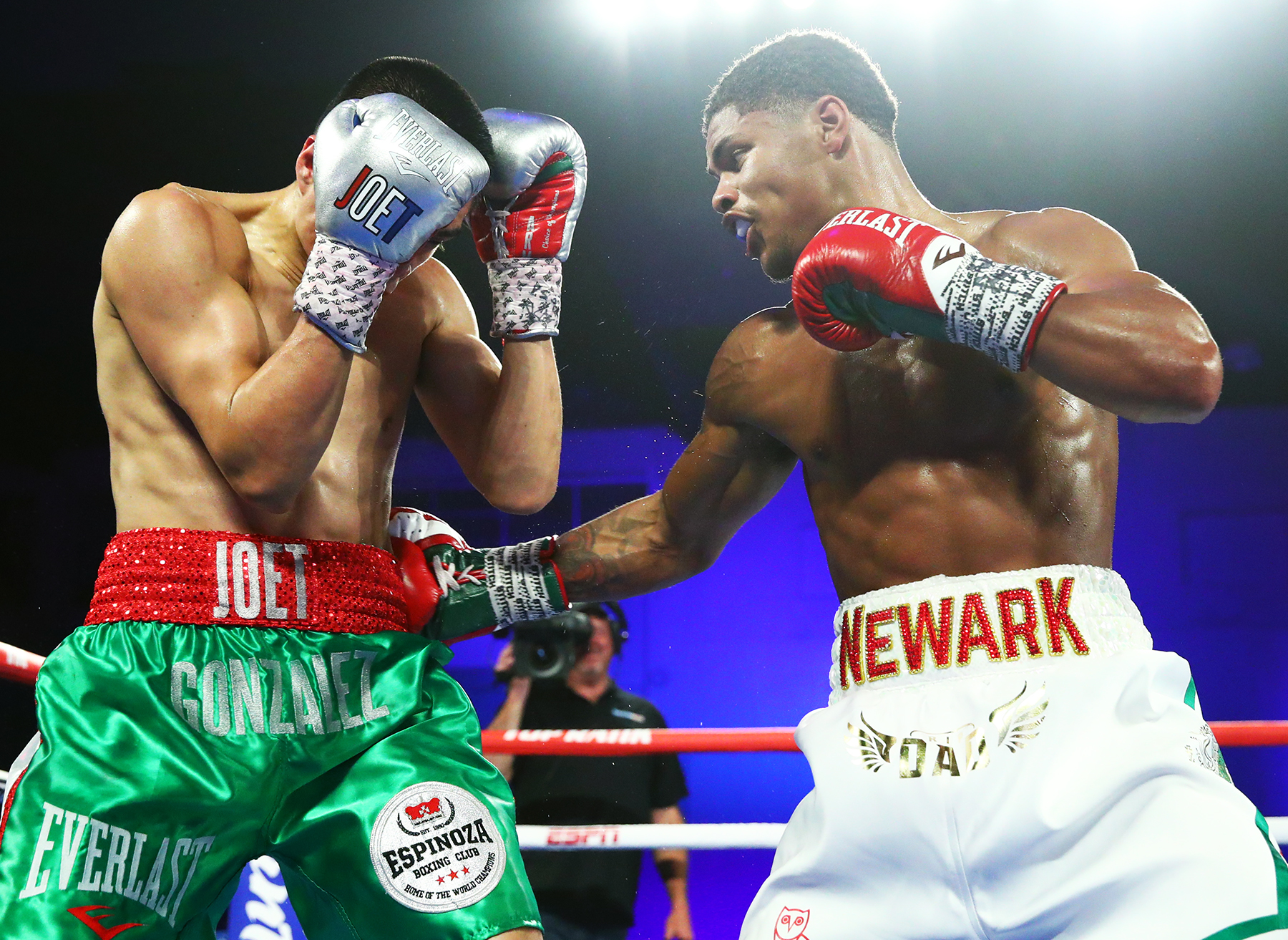 Stevenson opens up on Joet Gonzalez

Stevenson (13-0, 7 KOs) was originally scheduled to face former world title challenger Rafael Rivera of Mexico on Tuesday, but Rivera had visa issues that prevented him from entering the U.S.

Caraballo (13-1-2, 9 KOs), who took the fight two weeks ago, was victorious in his last bout on January 25, stopping Mexico’s Sergio Lopez in the opening round. He has won his last five outings, all of which have taken place in his hometown of Mayaguez.

Stevenson is an overwhelming favorite to deal with the late-replacement, who will be fighting for the first time outside Puerto Rico. Regardless, the Olympic silver medalist is expecting Caraballo to be at his best and refuses to overlook him.

“I don’t know a lot about my opponent,” said Stevenson, who is co-managed by James Prince and Andre Ward. “I don’t need to get motivated to get up for this fight. I’m going to be at my best on June 9.”

Stevenson has shown growth and improvement since making his pro debut in April 2017. He has developed more strength in his upper body and is sitting down on his punches, which compliments an ever-growing skillset.

Working hard to perfect his craft, Stevenson also credits some pound-for-pound players for his rapid progress.

“I believe all the sparring I’ve done against the best fighters in boxing has helped me a lot,” he said. “I’ve sparred against (Vasiliy) Lomachenko in Oxnard, (California), (Terence) Crawford, Tank (Gervonta Davis). Iron sharpens iron. I don’t think I’ve hit my ceiling yet, I’ve only had 13 fights, and I know I’m going to get better.”

Unbeaten Michael Conlan is the mandatory challenger to face Stevenson, but Top Rank might push for the WBO titleholder have a voluntary defense later this year.

“I’m willing to face the best fighters at 126 pounds,” stated Stevenson. “I’m going to sit down with my team [and talk] about whether I make a mandatory or voluntary defense after this fight.