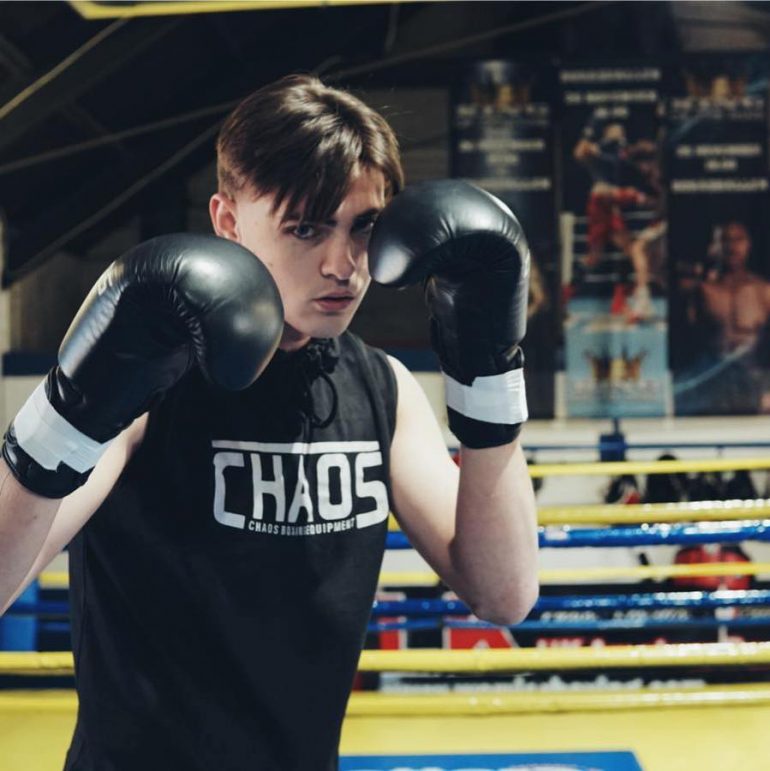 Hedges will campaign as a super middleweight and will join Matchroom Boxing stablemates and world titleholders Callum Smith and Billy Joe Saunders.

The 18-year-old Hedges, who resides in the small town of Takeley, England, won 40 of 44 amateur fights. The southpaw won seven national and four international tournaments.

After pondering whether to continue as an amateur, Hedges thought the time was right to turn pro and to fight under the Matchroom Boxing banner.

“I’m delighted to be teaming up with Matchroom Boxing,” said Hedges, who trains out of Hoddesdon Boxing Academy. “It’s a massive move for me and I can’t wait to get started. I’m a long 6’5” southpaw and I’m everyone’s worst nightmare. With my size and ability, I honestly believe that I’ll go all the way and become a young World Champion, if not the youngest.”

“I’ve got the best manager (S-JAM Boxing) behind me, and now I’ve got the best promoter behind me in Eddie Hearn. The opportunities are going to be endless for me, this is what dreams are made of. I’m flashy, entertaining and I always put on a show. Joining Matchroom and looking up to the likes of Callum Smith and Billy Joe is going to take my fighting to another level. As soon as that opportunity comes, we’ll push for any titles there is. We’re not avoiding anyone; we believe that we’re as good as the best right now. It’s about taking my chance.”

“I’m excited to add highly-rated prospect John Hedges to our ranks,” said Hearn. ”John has proven his credentials in the amateurs, winning countless titles at both (the) national and international level. His size and ability will make him a problem for anyone at 168 pounds and I look forward to guiding his development once he makes his professional debut later this year.

“If John needs any inspiration he need look no further than his new stablemates Callum Smith and Billy Joe Saunders who both hold World Titles at his weight. He possesses bags of confidence which is vital in this sport and he now has the perfect platform on Sky Sports and DAZN to showcase his skills.”

Hedges’ fights will air on Sky Sports in England and DAZN in the United States.