Bernard Hopkins claims there is racism in sports, especially boxing 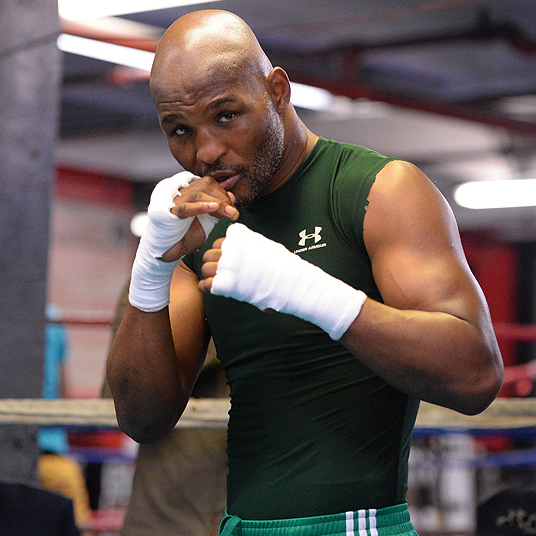 Bernard Hopkins has never had a problem voicing his opinion or being heard. Because of the recent situation of demonstrations and protests sweeping the United States, the Hall of Famer thought he would evince a few things that have been brewing on his mind for some time.

One is his opinion that there is racism is boxing.

“There is racism in sports, especially boxing,” said Hopkins, who was scheduled to be inducted into the International Boxing Hall of Fame on Sunday, June 14, before the COVID-19 pandemic postponed it until 2021. “Boxing is like in any other walk of life, like business.

“I say that because of the treatment blacks get and their status, and it goes up and down from people who own companies, to those in the ring doing the fighting, because of their color. To me, that’s racism.”

Hopkins said there is a lot of subtle racism that occurs in boxing, and sports in general. It’s hidden or masked. Or as “The Executioner” put it, “sub-racism.”

“There is a high percentage of that,” Hopkins said. “The fools, the ones who expose themselves, we know about. The dangerous ones to me hide it. They’re the ones who say, ‘You know, I have a lot of black friends, and ….’ They’re the ones you have to look out for, and they’re out there.

“They’re the ones who try to justify their actions in their words. Everyone has a story in every race of mankind.”

Hopkins said he spots racist behavior in how someone might justify a certain action or remark by broaching another topic that may be related, though not the same.

“How can anyone explain what happened to (George Floyd, the man who died in Minneapolis while being restrained by a white police officer when he put his knee on his neck)? They can’t,” Hopkins said. “I don’t care if white folks are rich, poor or in the middle. If you’re white, you have a better chance with lower qualifications than someone like me.

“You have communities being redlined. When you put redlines through communities, that’s like putting a knee down on your neck. All of that has to do with the schools and property values, and what gets funded by the government and what area gets more funding.”

Hopkins said many whites don’t know what it’s like to be black. The Executioner questioned how a white person can even question what it is to be black.

“I’m not giving anyone a pass, and I’m not giving anyone the benefit of the doubt, because I can’t tell you what it’s like to be white, just like you can’t tell me what it’s like to be black,” Hopkins said. “I love and respect all people. I don’t care about their color. Black folks don’t want sympathy, at least the majority of black folks that I know.

“I’m telling you right now, there is a breaking point where you fight for things and reaches a platform that are willing to die for. I know there are situations in boxing where black fighters were blackballed.

“We all know somebody who knows somebody that can block them from getting ahead. I know it’s been done to you, and it’s definitely been done to me recently.

“There are people that go to the company all of the time to speak up about Bernard Hopkins. I get the word. I don’t have to call up and ask. I know for a fact how many black fighters there are out there, and I know I’m a target. I don’t mind that. I embrace that. I love when people question my character.

Hopkins said none of the treatment black fighters receive is new. He used the example of how many fans hoped Floyd “Money” Mayweather would get beat, because he’s black. The former middleweight and light heavyweight champ said Muhammad Ali went through the same problem in the 1960s.

He stressed that society has become too comfortable.

He brought up examples of 9-11 and the COVID-19 pandemic when all society came together.

“Black folks and brown folks, and I can speak about this, is the only time we are one is when it’s convenient,” Hopkins said. “That’s played out. That got over really quick. When Trayvon Martin was killed, that was tragic and everyone got fired up.

Asked if he experienced racism during his career, Hopkins laughed, then said, “That’s like asking me if I’m black.”

Hopkins said a responsibility falls on accomplished African-American celebrities and captains in industry that “it falls on us, it’s our blame, with people of influence, whatever sport, whatever non-sport, whatever power or leverage that we have, the ones who made it out, the ones who don’t need a muzzle, it’s time for us to clean up our own house.

“We could put our economic resources together and look out for our own first, before we look to clean someone else’s house. For so long, when things get heated, there is all of a sudden, unity. I’m all for what they’re all for. But the stronger we are together, the stronger our cause.”

Hopkins remembers as a child being chased by white kids in the Chestnut Hill section of Philadelphia, filled with old money and nice, single homes.

“There were certain things said to me as a kid, the white kids were the enemy, from my experience,” Hopkins said. “I never made it in that area most of the time, because we had to fight. What I need to do personally is recognize some pain that never left.

“I learned through fighting; those kids weren’t better than me.”

Hopkins is noted for saying “I would never let a white boy beat me,” during the prefight build-up to the April 19, 2008 Joe Calzaghe light heavyweight title fight for the Ring belt. (Disclaimer: I was 10 feet away from Hopkins when he said it, and anyone and everyone who knows the Hall of Famer can sternly vouch that he’s not a racist. In fact, a few minutes later, many in the media laughed).

“You have people who have an agenda with black athletes. They’re out to get something from us, then they move on. They don’t really care about us. We’re numbers running up and down a court or a field on a TV screen. That’s what we are to them.”

“I said that, because that’s what I felt people wanted to happen, and how people felt and how sure of themselves they were that I would lose,” Hopkins said. “I saw a lot of personal predictions that I was going to get knocked out. I was still dealing with the Jermain Taylor heist, which is especially what I call the first fight. 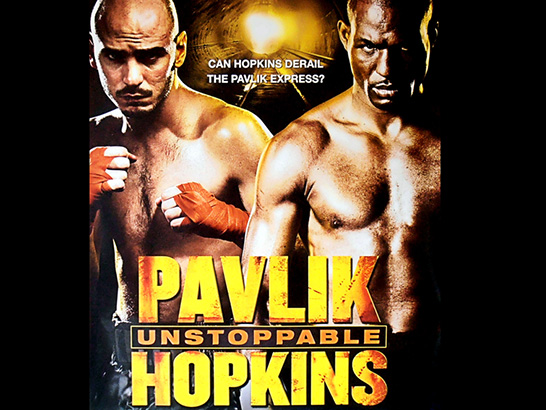 Hopkins said he learned from the Joe Calzaghe quote and took a different approach to Kelly Pavlik.

“I learned when I fought Kelly Pavlik. It was the same thing. I wasn’t supposed to win. And there were people out there that wanted me to lose because I’m black. I have a conscience. Kelly put the finishing touches on Taylor. They thought they had the right person, with the right skin color and they were going to get me.

“I was so motivated for the Pavlik fight. I wasn’t going to say the same things against Kelly as did against Joe Calzaghe. I learned I don’t have to be like the people who were looking down on me. A lot of stuff I’m willing to live and die with, and that’s where I am.

“I went through that storm with Calzaghe. I held on. The forgiveness of the Supreme Being is bigger than me. I held on and got a bigger victory.

“You have people who have an agenda with black athletes. They try using us and manipulating us, but they really don’t know us. They’re out to get something from us, then they move on. They don’t really care about us. We’re numbers running up and down a court or a field on a TV screen. That’s what we are to them.