Shannon Briggs has had the ‘Cop Talk’ with his children 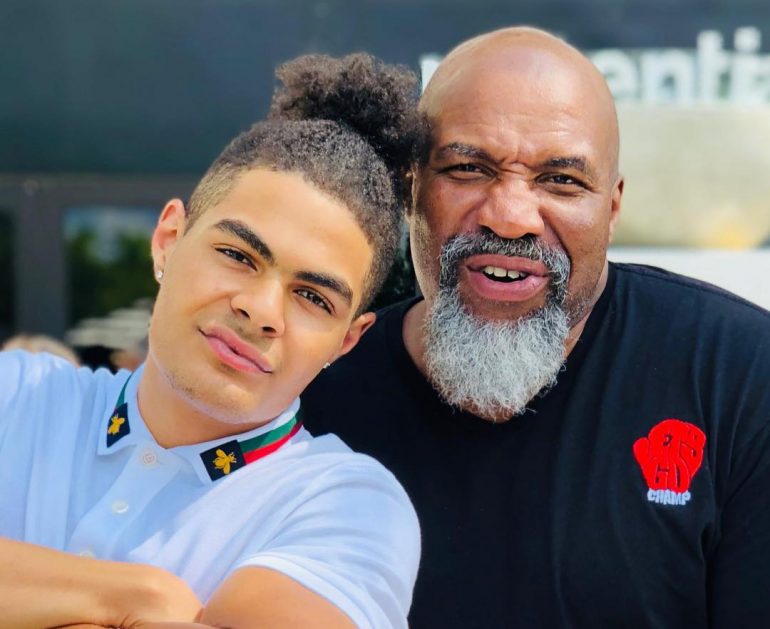 Shannon Briggs has had the “Cop Talk” with his three children but the former world heavyweight champion reinforces it from time to time with 22-year-old son, Chan.

“I tell him if you are stopped while driving, show your hands to the police. I tell him to speak clearly. I tell him most importantly if the cops are acting aggressively, hit the button,” the Brooklyn native said. 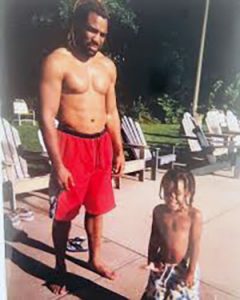 Prime Briggs with a toddler-age Chan

What button, I asked.

“The record button on his phone,” the “Let’s Go Champ” meme maker said. “That is vital as we see once again in the Minneapolis police killing of unarmed and handcuffed black man George Floyd.”

Briggs isn’t one for protest marches but the Miami resident thinks some have tainted the sincere social justice advocates cry for reform.

“You’ve got two groups, real and sincere protesters and then you have the looters. Protesters seek reform and looters want free shit they can steal. The looters are bad, like some of Trump’s rabid backers who have bad intentions, you have them on both sides.”

Arresting officer Derek Chauvin is most blameworthy as it was mainly his knee lodged on Floyd’s neck, but Briggs is equally aghast at the do nothing, say nothing malfeasance of Chauvin’s colleagues.

“It is just horrible. How can anyone, any human being, have such disregard for another human’s life? Their lack of empathy is just appalling. We need police reform, a do over, in America. Racism isn’t going to go away anytime soon. Respect has to be shown for human life.”

Briggs, now age 48, is a voice from the urban streets not from the corporate suites.

In his boyhood and early teen years in the Brownsville neighborhood, he contended with a drug addicted mother, an imprisoned father and bouts of homelessness which saw him sleeping rough in the NYC subway system.

Despite the hardships he went on to key bouts against icon George Foreman, masterful Lennox Lewis and hard hitter Vitali Klitschko.

Recently, Briggs has been lobbying to fight fellow “oldies” Mike Tyson and or Evander Holyfield. He is also exploring a Bare-Knuckle bout or two.

“This man was only two years younger than me,” Briggs said. “What was his alleged crime, having a phony $20 bill? Yet now he is dead. Like I said, where is the respect, where is the empathy? Where is simple compassion?”

So far Briggs is not marching but he is completely in step with those who are.