Questions for an MIA Don King 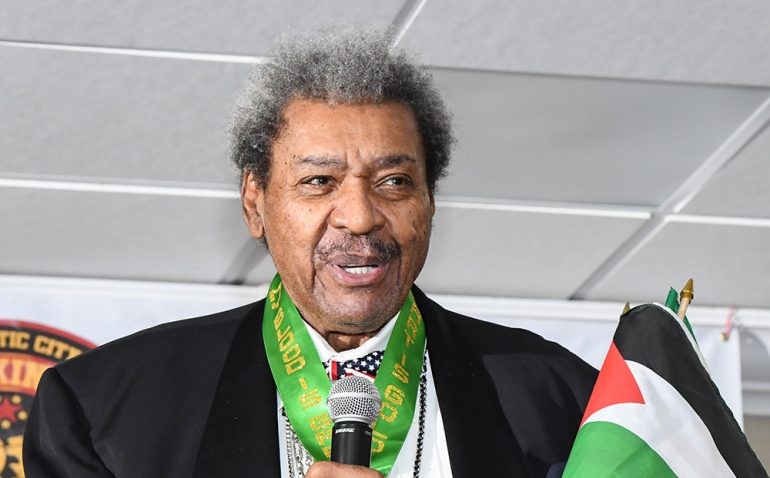 I could care less where in the COVID-19 infested world Carmen Sandiego is, but I am ready to file an MPR (Missing Promoter Report) with authorities regarding someone else.

Has there ever been an MIA (Missing In Action) character in the sport like usually flamboyant and often bombastic Don King?

Though reports have The Donald sticking close to his downsized South Florida home I don’t think the elderly widower is playing golf.

He never had any love for the links otherwise he would be popping up in a foursome with Trump, OJ Simpson and one TBA player, perhaps colorful oddball Ricardo Mayorga.

No, King is atypically as quiet as a church mouse. 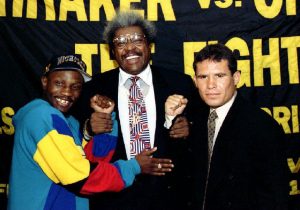 Boxing is less stimulating without his ranting, his raving and his usual promotional poppycock. Bad enough there are no big fights imminent, though ring wars will rev up this summer. When big bouts return there is zero indication the “Only in America” ringmaster will be on public view.

No King is like Barnum & Bailey’s famed circus minus Barnum, without Bailey and housecats instead of elephants and lions.

So on to a topic I never thought I would need to scribble, what I miss and what I want to ask the former Cleveland numbers racket kingpin (no pun intended) includes the following:

Remember that for Cuban champ Kid Gavilan a “bolo” was his windup, theatrical punch. To cops ‘BOLO’ means “be on the lookout for.”

How and why, other than monopoly, did he not match Michael “Dynamite” Dokes and fellow heavyweight strap holder Larry Holmes? Did either or both demand the obvious bout?

Why did he refer to then business partner Frank Warren as “the Scarlet Pimpernel?”

Despite many offers, King has never done a book deal. With many players now gone, why not tell it like it was? Could DK handle the truth or at least his version of it?

Was he ever more fearful than when insane Mitch “Blood” Green chased him around Madison Square Garden? King paid for a phalanx of NYPD cops to watch over him then.

How did he take not one but two Third World dictators (Mobutu in Zaire, Marcos in the Philippines) for bumpy financial rides for Ali-Foreman and Ali-Frazier III)? What sealed those deals other than big money and outsized egos? 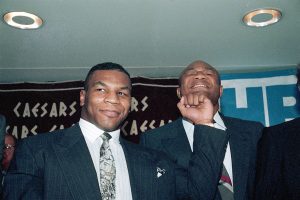 Tyson and Foreman shared a card in June 1990, but they never fought.

Speaking of huge money, after Mike Tyson and Big George Foreman fought on the same show at Caesars Palace how did you and “Lonesome Bob” Arum fail to match them? Arum or at least Foreman says the Tyson side blinked, is this true and if so why?

I understand that a grandson is King’s minder these days which is all well and good but it would be fitting for King to loosen his purse string and stage one more blockbuster show, similar to the loaded Showtime cards of the early and mid-1990s, halcyon era for Tito Trinidad, Terry Norris,  JC Chavez, Julian Jackson and Gerald McClellan. Proceeds could go to the medically needy, starting with the “G -Man.”

I wish DK continued health and life, wealth is not at issue.

But this silent monk return has got to stop. I will bet the Trump reelection campaign will bring King back where he needs to be in the limelight but boxing is King’s natural lair.

Tyson at 53 said he’s coming back.

Maybe DK can identify another Peter McNeeley, a loud but harmless foe.

But it is boring with Don King being invisible.